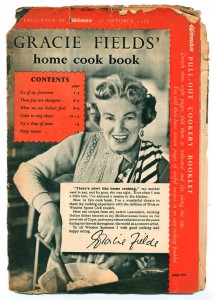 Ee that hotpot were grand!

I was rather bemused by the chunks of lamb the butcher had provided and had neither the correct implements nor the emotional wherewithall to get much meat from between bones, fat and things that looked like the cotton wool tubes dentists use to soak up saliva. What ARE those and what purpose do they serve in a sheep? Got it in the oven about 8 and then went to sit on the landlady’s boat for a glass of wine while it cooked slowly in the tub oven.

As often happens on the island where I live, passers by spotting a drinking session going on gradually began to accumulate on the landlady’s roof. There was much to-ing and fro-ing to the Mr Riverside corner shop to purchase 2 bottles for £8. Once the hotpot was mentioned there was much excitement and I foolishly announced in my drunken state that there would be plenty for everyone (about 15 people at this stage). Beau of landlady did the sensible thing and announced that anyone who wanted some should go and fetch a plate from their ships. Most people couldn’t be arsed to leave their spot but there were about 6 or 7 volunteers. Dinner was served around 10.30 to much appreciation all round. I’d been going on about there being a “lot of meat” in it to dissuade the more squeamish from partaking, this was disputed by two of the male recipients of a portion. I must admit the bit I had was mostly potato with a bit of kidney (which tasted good) and I didn’t recognise any lamb. But then, by that stage I was completely plastered!