For the second battle of the guacs, it was the M.G.M. star bracket – Greer vs Debbie. 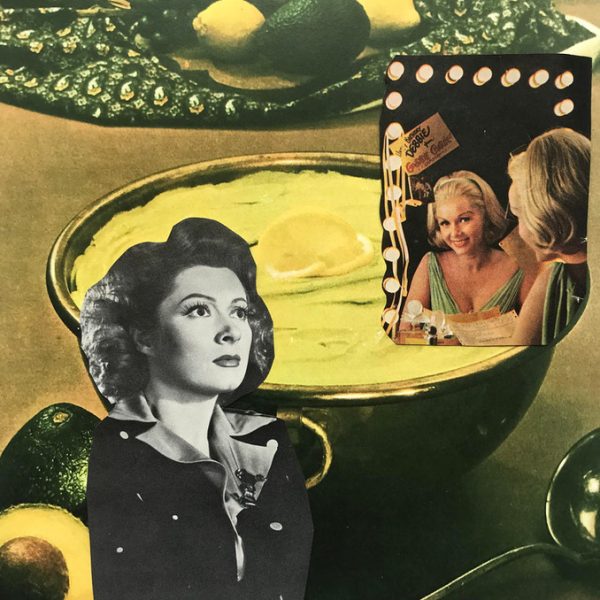 Karie over at Hollywood Kitchen had two guest stars discussing their relative merits:

Samantha Ellis writes the column “Cooking with the Stars” for the Classic Movie Hub. She blogs at Musings of a Classic Film Addict and co-hosts the podcast “Ticklish Business“

Angie Schneider is a board member of The Hollywood Heritage Museum and collects memorabilia on Mary Pickford and Theda Bara. She blogs at “Tinsel and Stars” and is currently writing a cookbook on the recipes of Pickfair.

You’d better believe that I’ll be first in the queue for a copy of that! 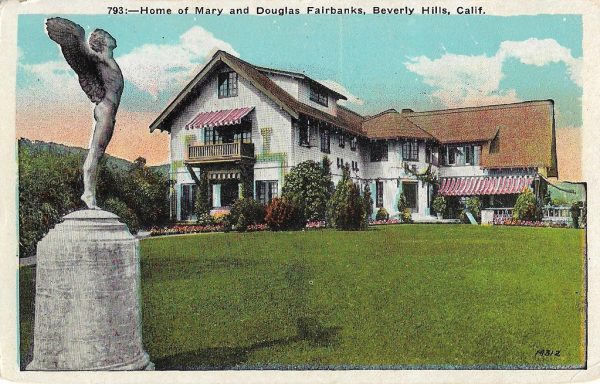 Due to the time difference (it would have been 1am in the UK) I couldn’t actually be there in person, but I made the 2 guacamoles and sent in a written report.  I knew from feedback from a couple of test cooks that Greer’s guac contained a lot of salt. Dorothy wrote, “Er, by any chance did Greer die of a heart attack? This recipe has a LOT of salt!” and Katy said that using the full amount would result in hospitalisation. She and hubby David ate some before they went to the cinema and she said, “by the end of the screening we were frothing like rabid dogs from the salt intake and had to find a mini store to sell us bottles of water to suppress the raving.”  So take note and adjust accordingly! 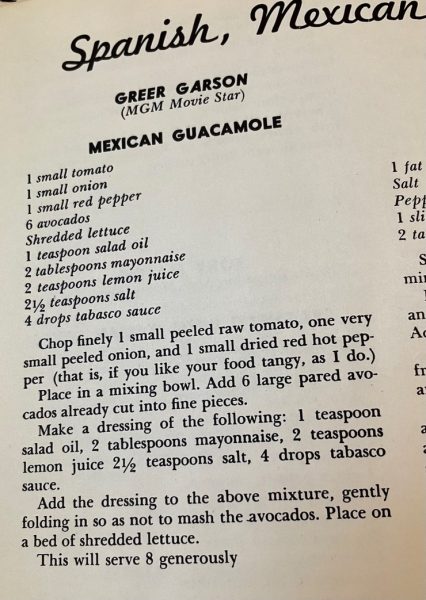 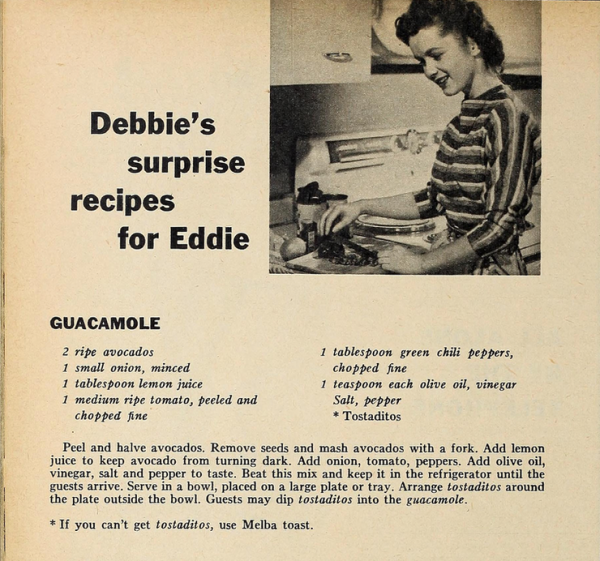 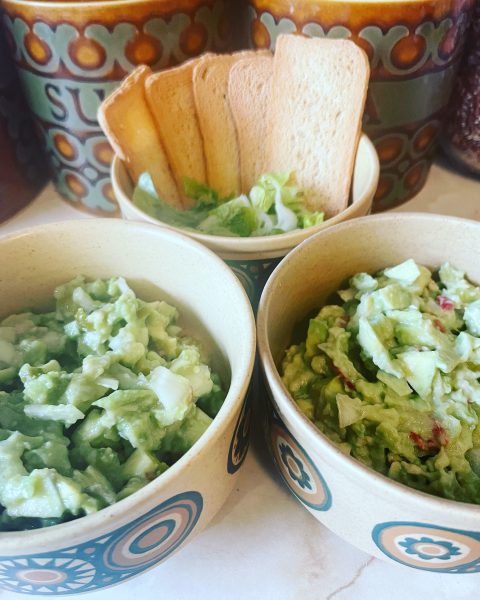 Debbie’s on the left, Greer’s on the right.

Here’s the verdict I sent to Karie: “I liked both these guacamoles.  Loved the creamy texture of Greer’s thanks to the mayonnaise, but Debbie’s was the winner for me as I loved the vinegar notes.  Just more of a taste sensation I thought.  I didn’t use anywhere near as much salt as Greer due to a friend mentioning that she’d tried it and it was very salty.  I might actually do Debbies’ full Mexican menu sometime, the other two recipes sound pretty good. 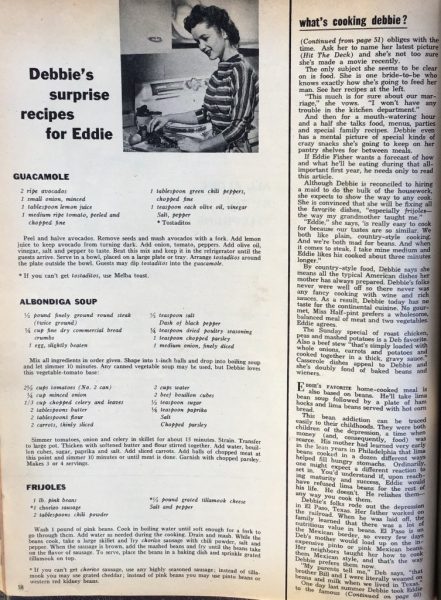 I will imagine I’m cooking a surprise dinner for Eddie.” 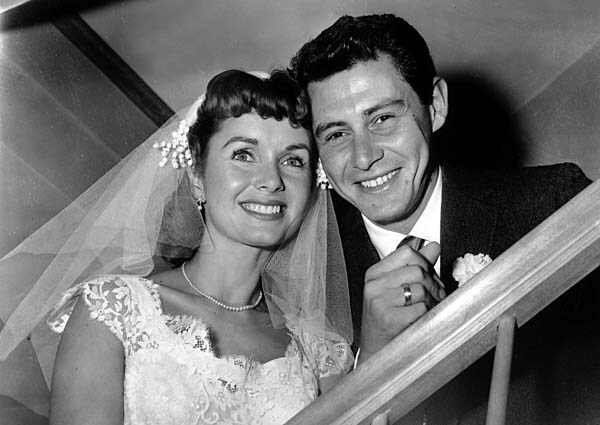 The best thing was when I mixed both leftover guacs together and spread the resulting mixture on toast – YUM! 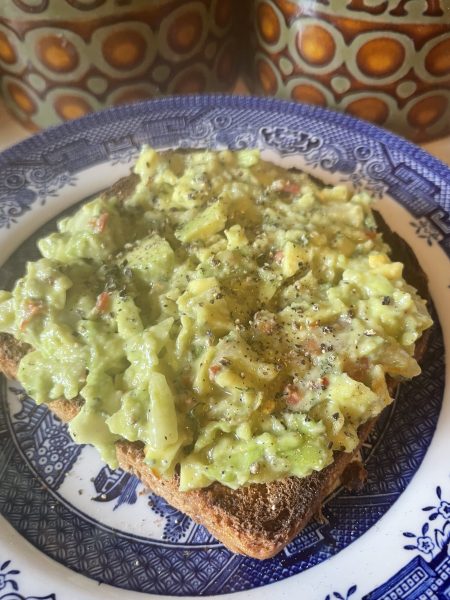 You can watch the whole of Karie’s show here, you’ll see some wonderful Hollywood treasures from Angie’s collection of memorabilia, absolutely fascinating!