Camp Nanowrimo is over – boo.  I am ridiculously fond of the whole Nanowrimo experience and it really feels like a holiday came to an end on the 1st August. 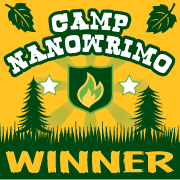 Yeah, I WON.  Well, effectively I met the target I set for myself so hell yeah, I am a winner.  I still have a massive list of fact checking to do but it feels like I’ll soon be able to say to myself, the Silver Screen Suppers Book is done, get on with your life now…  I am going to try and keep the momentum going by spending an hour a day tweaking, and am planning to woo my favourite publisher with Janet Gaynor Ice Box Cookies in the next few days.  I’ll keep y’all posted.  This book has had the gestation period of an elephant. 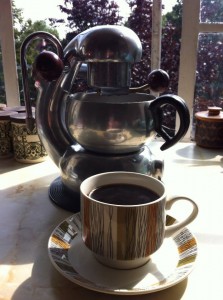 I saw this on the counter of one of my favourite vintage shops – Can’t Buy Me Love in Muswell Hill – and said to the guy working there “you have no idea how much I want that” and he laughed.  As I am on an economy drive I managed to leave the shop without it at first, saying I’d think about it, then I couldn’t get it off my mind and went back and got it.  I love it.  I am now obsessed with trying different coffees, I have bought a coffee grinder, I am considering getting a water filter…  I feel a great surge of love every time I look at the thing – ha ha! 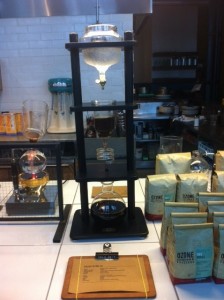 Lucky I’m not rich or I’d be buying one of these for myself too.  The Guild of Food Writers workshop on Wednesday was at Ozone Coffee Roasters in Shoreditch.  Oh my good gawd.  I have never had so much delicious caffeine in the space of two hours.  That place rocks.  I’m going to take Mr R there one day for a “Syphon for Two” at £8.20 – it’s worth it. 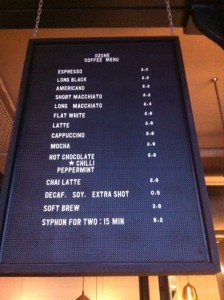 Anyway, I’m rattling on like an old tram.  What of the Hedda Hopper cocktail?  I think this is now my FAVOURITE film star cocktail.  Oh my word it is a humdinger.  It’s one of those that makes your brain go in a totally different direction from normal when you have had a couple. Wowzer!  Simple but highly effective.  I found the recipe here and encourage you to try it for yourself. 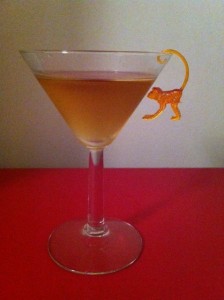 Bourbon and Apricot Brandy – YUM.  This cocktail is also known as the “Malice in Hollywood No 1”.  Not sure who christened it thus (Hedda herself?) but Malice in Hollywood is also the title of a film starring Elizabeth Taylor as Louella Parsons and Jane Alexander as Hedda.  The DVD is in the post somewhere across the Atlantic on the way to me right now.

Hedda Hopper has been on my mind the last couple of weeks.  Of all the 52 film star recipes that are slated for the book there is only one for which I don’t have an original.  For all of the others I have evidence of their provenance (sounding like a lawyer now) but one – Rudolph Valentino’s Secret Spaghetti Sauce – remains illusive.  I found it on the internet here and have tried several times to contact the person who stuck it up to no avail. There has been debate over at The Rudolph Valentino Society about the veracity of the recipe (I’ll be sending over the Chicken From Parma recipe to see what Lorenzo thinks of that one soon too).  I can’t work out from the original post whether Hedda included this recipe in one of her own columns long after Rudy was gone or whether it was from a syndicated “my favourite recipe” type feature (I am suspecting the latter).

Methinks a trip to Los Angeles and a session in the Margaret Herrick Library at the Academy of Motion Picture Sciences is on the cards – the Hedda Hopper papers are there.  Now where is my winning lottery ticket? 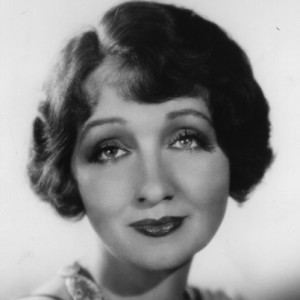