Film historian and writer Vic Pratt comments: ‘I’m by no means a natural in the kitchen. However, Ian’s tasty recipe was straightforward enough that even a saucepan simpleton like me managed to knock this up for a party of four, and nobody complained. I did discover, though, that in the health conscious 21st century, it’s not quite as easy to buy full-fat crème fraiche as it was when this recipe was originally written in the 1980s. I had to shop around until I found it – but it’s imperative that you use the real stuff – because a man’s man like Mr McShane would surely never accept a reduced-fat option.”

I think you are absolutely right Mr Vic.  It was such a fun night at your flat partaking of these salmon steaks.  They were absolutely delicious!

I must ask you to test something for the NEXT book, so I can come round and eat din dins again sometime soon. 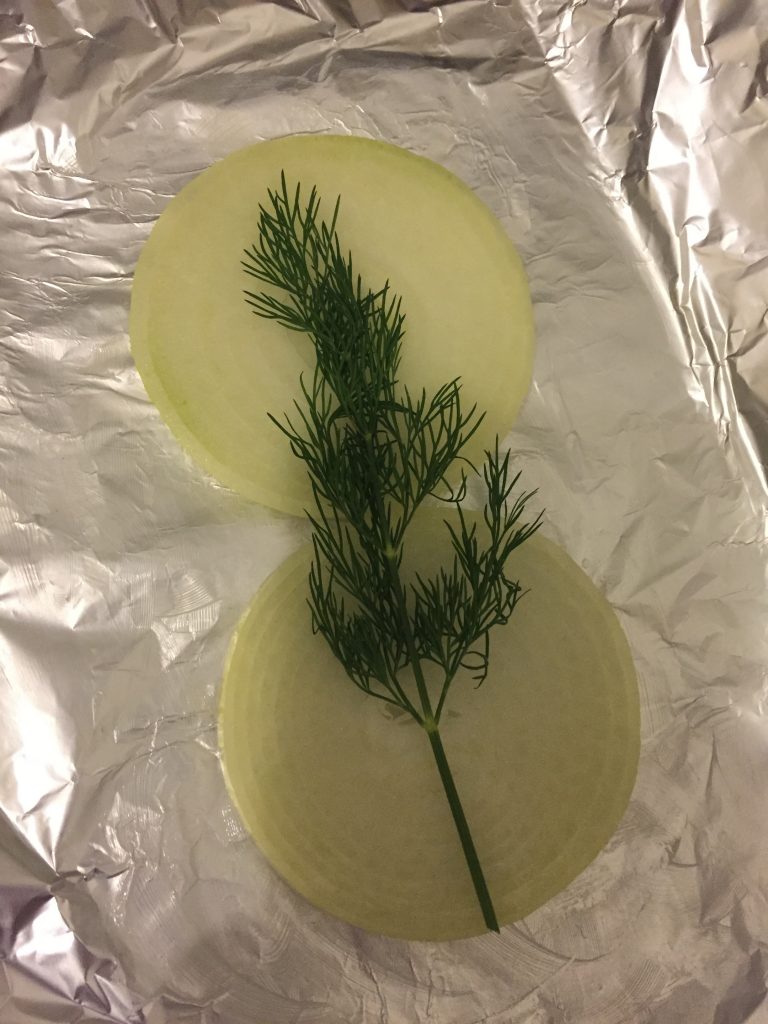 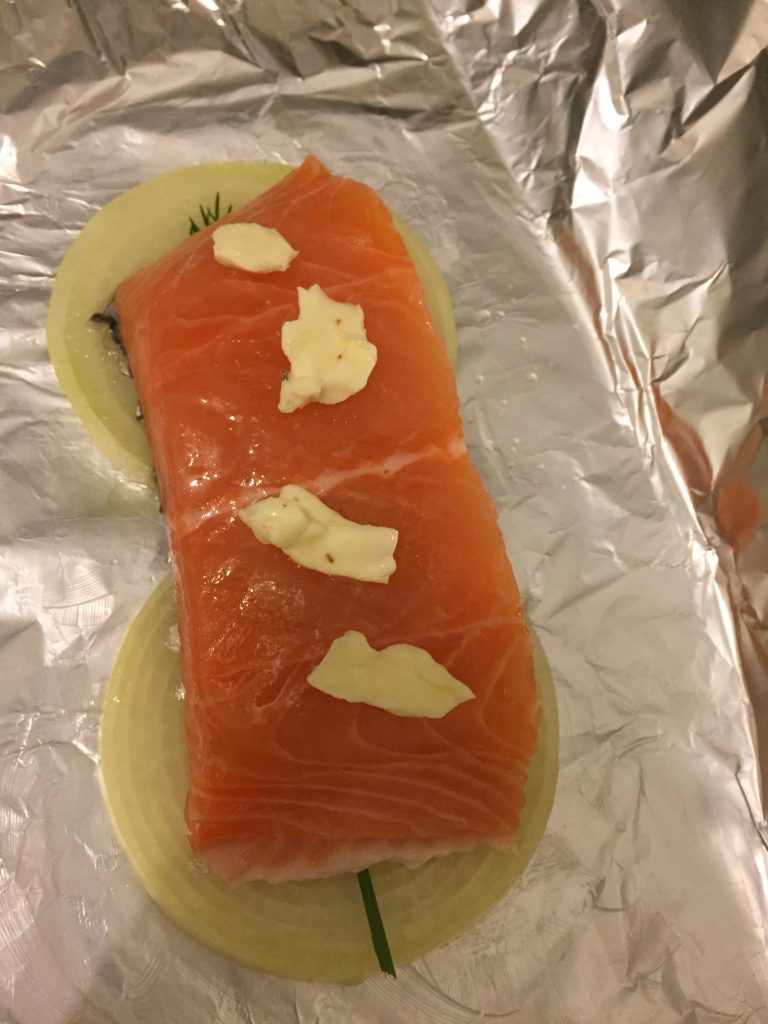 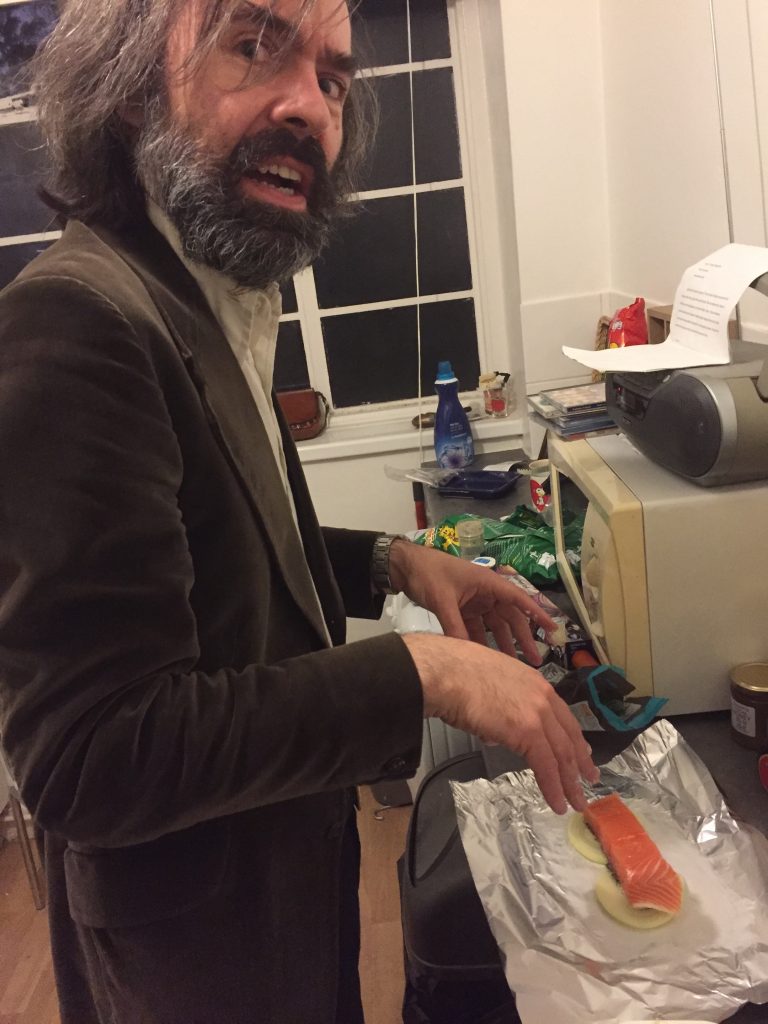 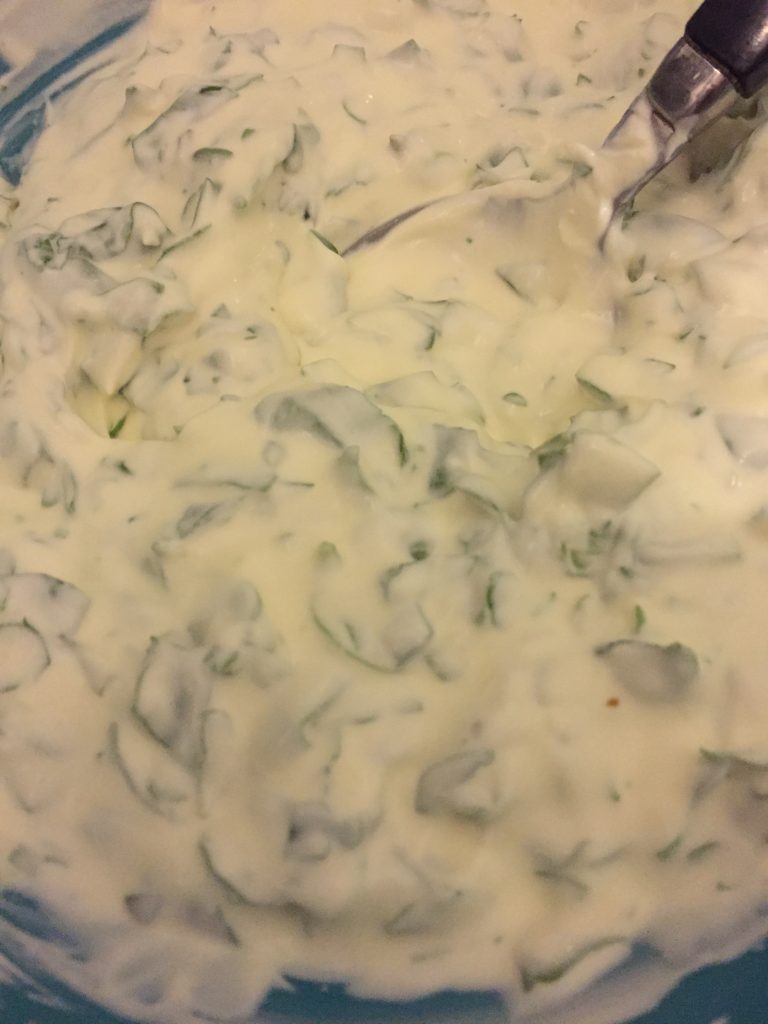 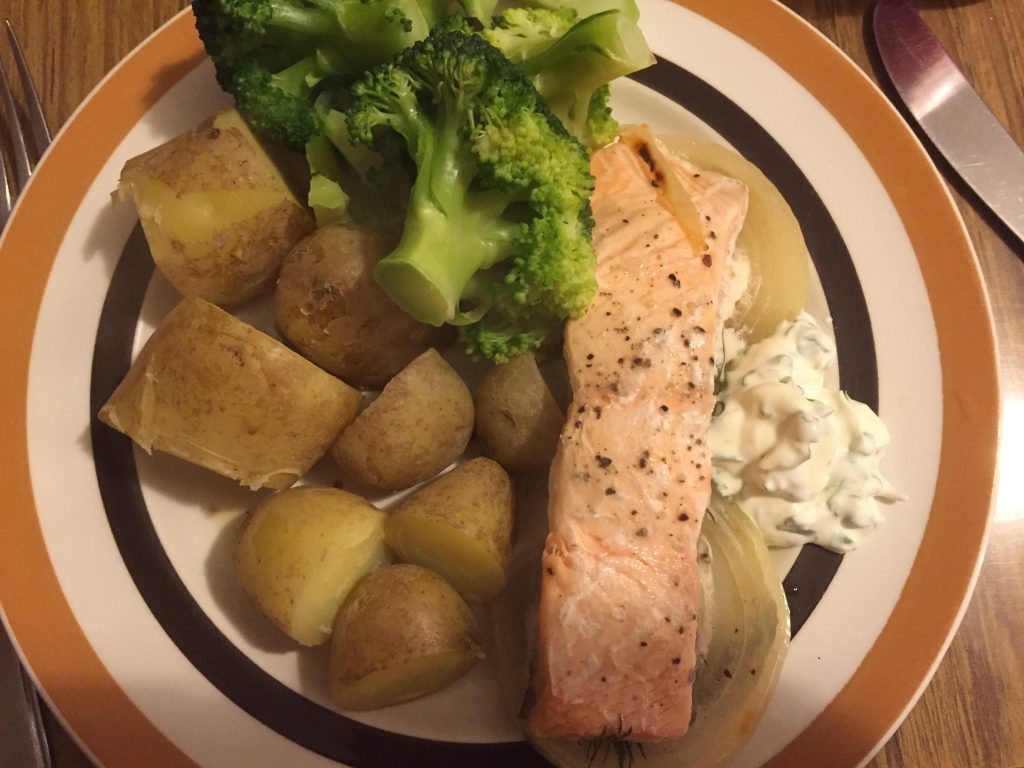 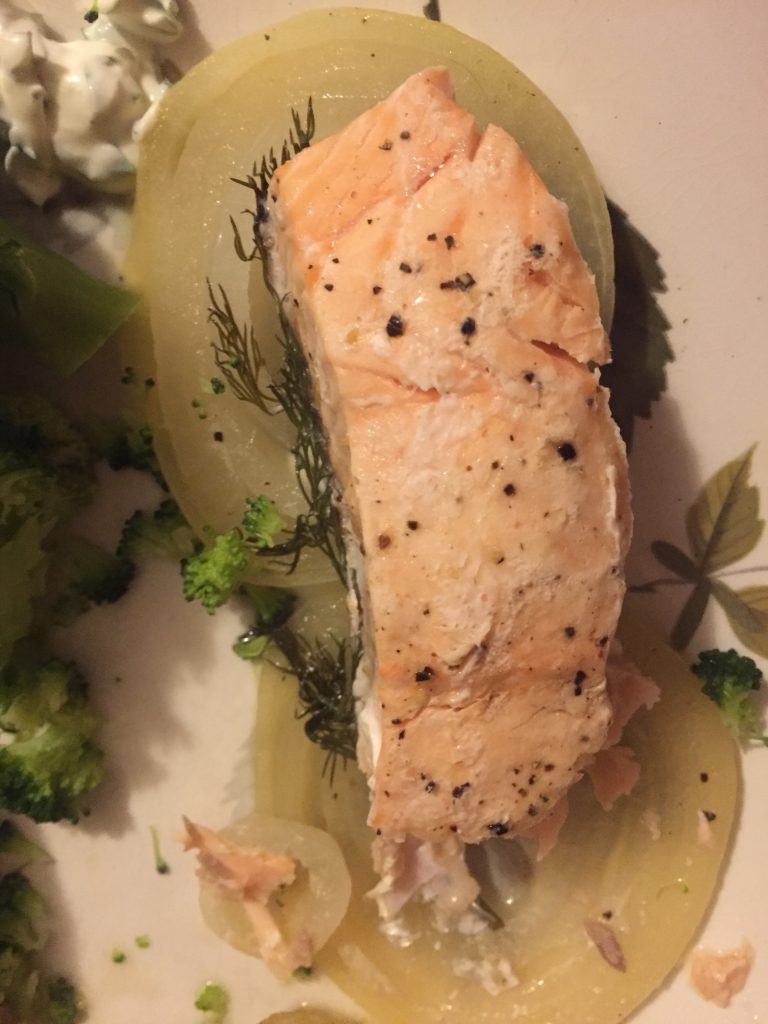 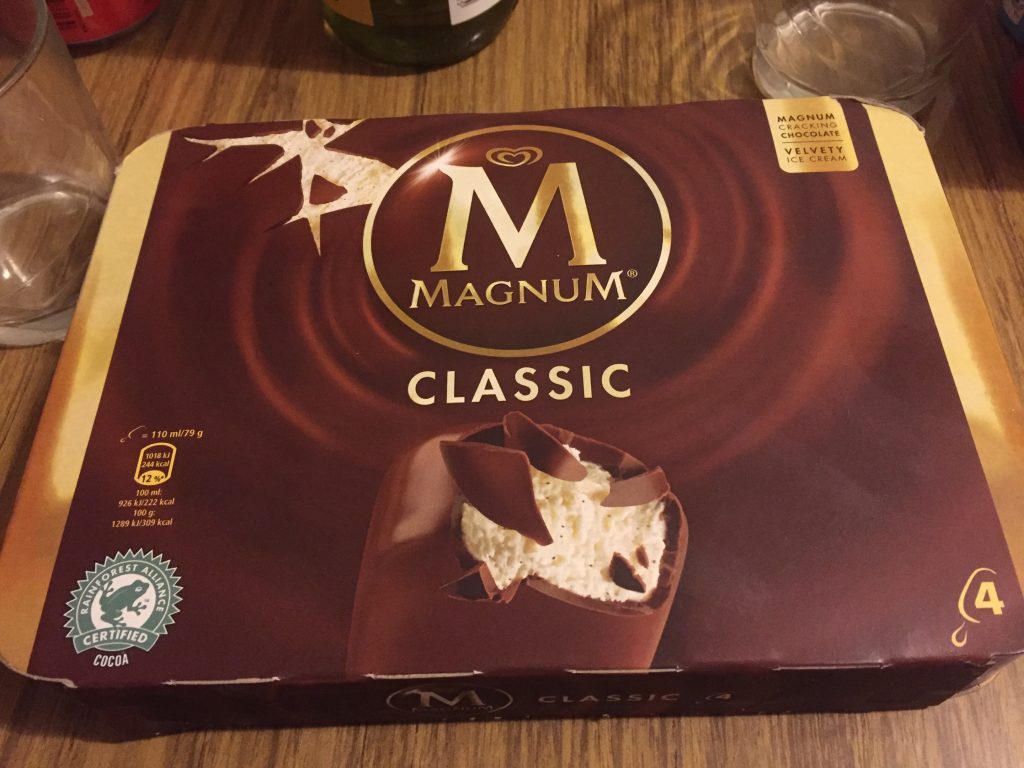 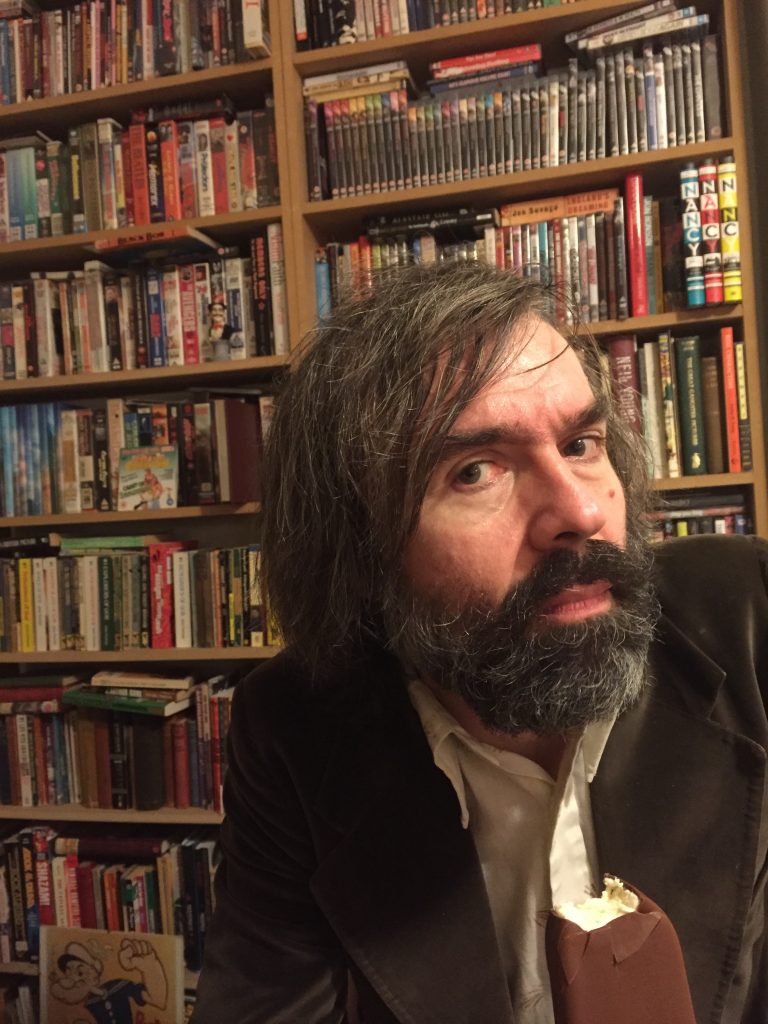 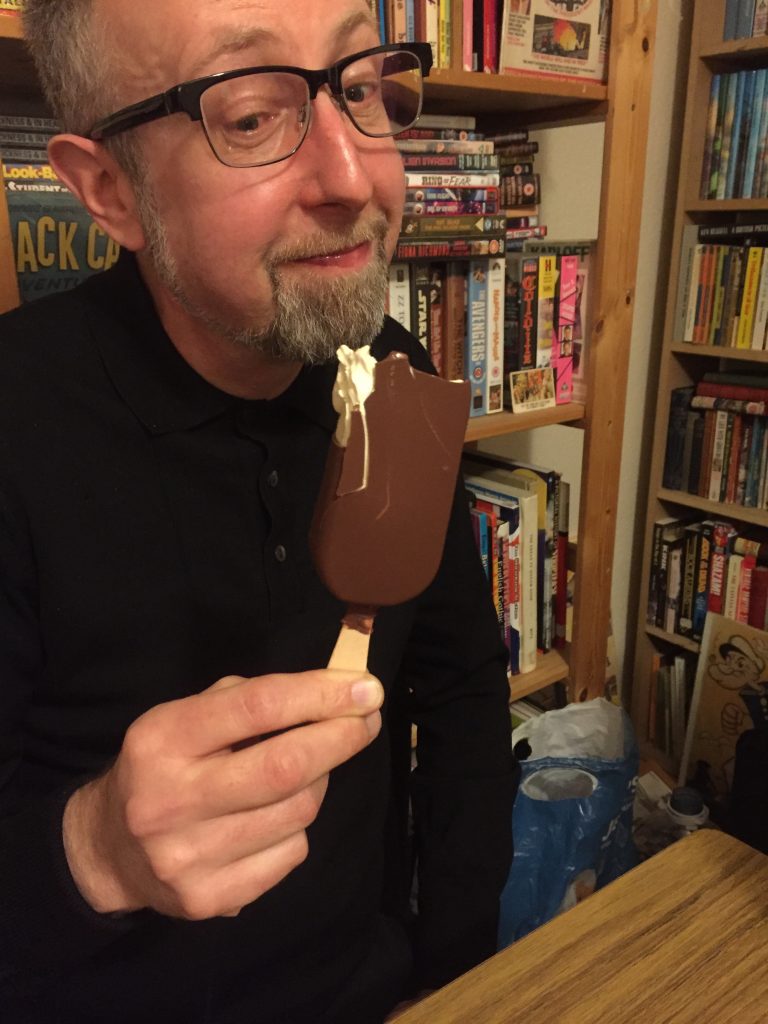 Here’s Ian’s run through of the recipe…
…and here’s my transcription of the recipe…  You’ll probably have some of the sauce leftover, this makes quite a bowlful.  It’s nice on a baked potato.

Lightly butter two pieces of cooking foil.  Place two slices of onion on each piece of foil next to each other.  Place a sprig of dill on top of the onions.  Place the salmon on top.  Squeeze a little lemon juice over each salmon steak.  Add a knob of butter.  Season.  Wrap the salmon up and bake in a medium oven for 20 minutes.  Meanwhile, empty fromage frais into a bowl, finely chop one pack of watercress and add to fromage frais.  Mix thoroughly and season.  Remove the salmon from the foil and serve with new potatoes and the watercress sauce. 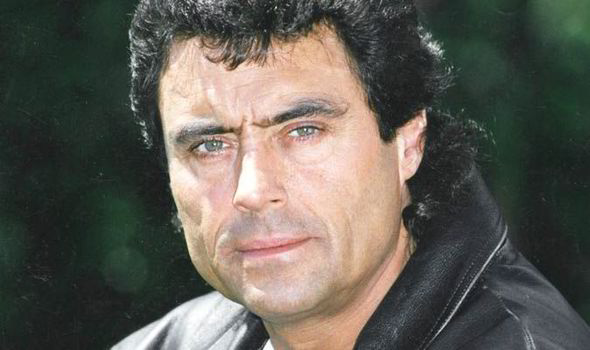