I love Mondays.  I never go out on a Monday evening.  For me, it’s a night when I cook something nice to eat, and go to bed really, really early.  Tonight was no exception.  I made some of Jane’s spaghetti and I’m about to turn in – it’s 9.30pm.

This recipe sounds a bit odd, but I actually really liked it – here’s Jane’s version: 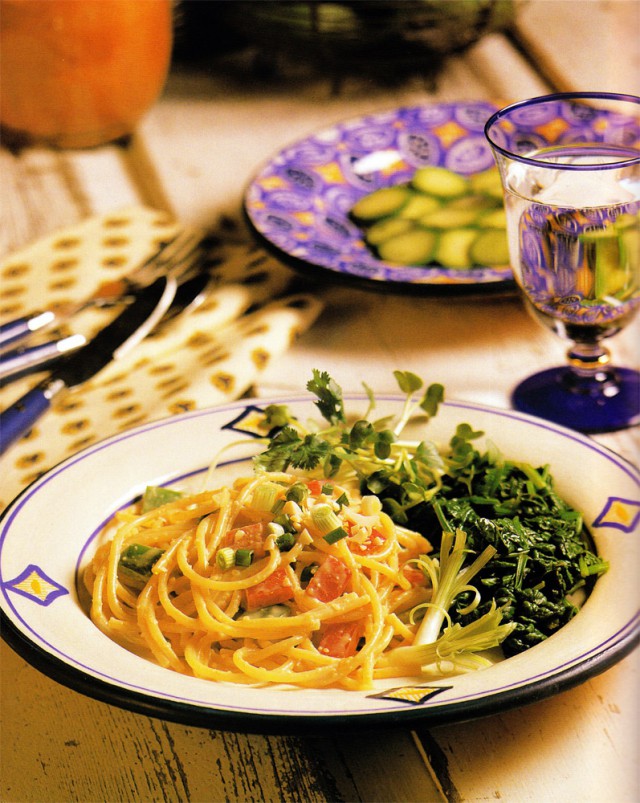 The peanut flavour wasn’t too overpowering so it’s weird but good.  Here’s how mine turned out: 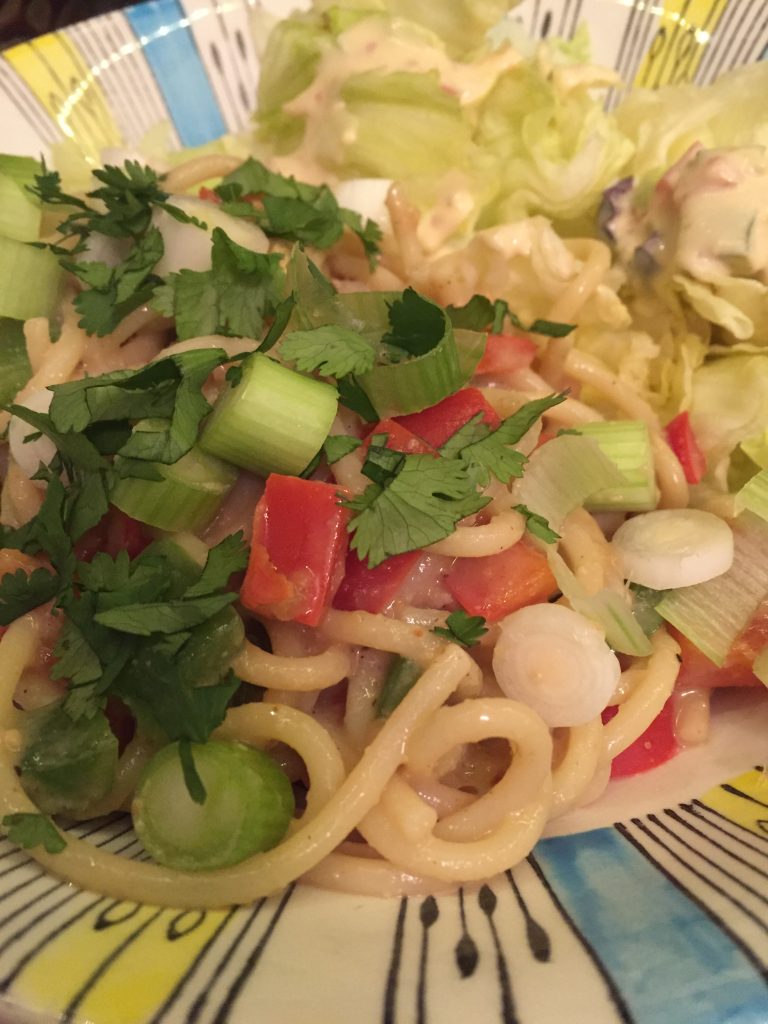 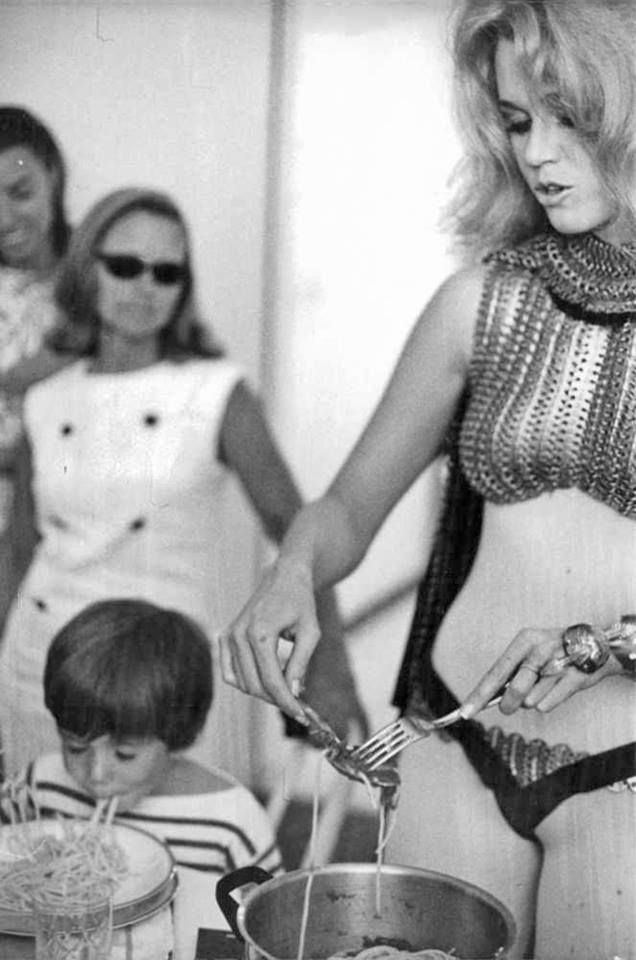 there are some other great pics of Jane making a pasta dish in the 1960s on the internet but they have scary looking copyright notices attached so I’m not bunging them in here, but do seek them out by googling Jane Fonda Spaghetti.

P.S.  It is November 2017 and I just found a portion of Jane’s spaghetti sauce in the freezer.  What a treat.  Freezes perfectly and surprised me with how tasty it is.  Fab.