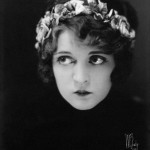 Rosalind and Jimmy are true friends.  Even though they didn’t like the sound of Joan’s Banana Salad (bananas / mayonnaise / peanuts / lettuce) they both tried some.  Jimmy’s initial one word comment upon tasting it of:  “NO!” was pretty succinct.  He elaborated on the fact that mayonnaise had “no business getting in there with its vinegary ways” and Rosalind said, “I don’t know if I’m enjoying it, but I’m getting through it!”

The Salad Number Two was much more to everyone’s taste.  Chicken, celery, lettuce and tomatoes with a lovely French dressing made by Jimmy to Dorothy Dwan’s recipe (light and lemony).  He observed that it was almost exactly the same as Jamie Oliver’s.

Rosalind creeped into bed with me sometime during the night (snoring going on in the marital bed) and upon waking went straight to the scales.  She announced it was the first time EVER after a Silver Screen Supper that she was a pound lighter!  Salads for both of us from now on.