Spinster’s Saturday!  Hooray!  This means EGGS for breakfast.  Although I was craving Natalie Wood’s Huevos Rancheros, I decided to try a different recipe from the Recipes for Rebels cookbook instead. 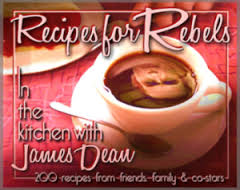 So I went for Eli’s Eggs Birmingham.  Greg Swenson, author of this fab book, emailed me a while back asking if I knew of any connection between the British town of Birmingham and these eggs.  I don’t…  Maybe someone out there knows the source of the name Eggs Birmingham?  A good quest for a food historian…  If you know, leave a comment and I’ll make sure Greg gets it.

These were LUSH as my Welsh friends would say.  Ooh, yum yum. 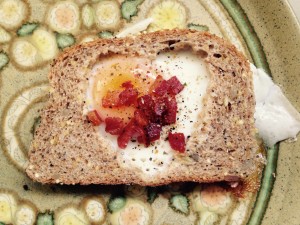 Basically, fry up some bacon, punch a hole in some bread, heat up some oil and pop the bread on it, break an egg into the hole and cook, covered until done.  My egg ran out of the side a bit, but it was nice and crispy on the bottom so that suited me fine.

I was considering using the bacon fat to fry the bread, but followed the recipe instead, using vegetable cooking spray.  BUT, in the wartime spirit of waste not, want not, I fried up the heart and star I’d punched from my bread in the bacon fat and popped peanut butter and bacon on top, Joan Crawford style! 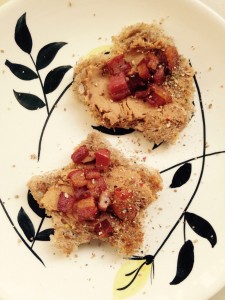 Double spinster’s breakfast!  Thanks Eli and thanks Greg!  You can buy Recipes for Rebels directly from Greg’s website.  It’s highly recommended. 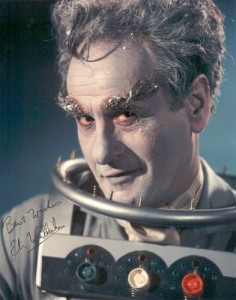