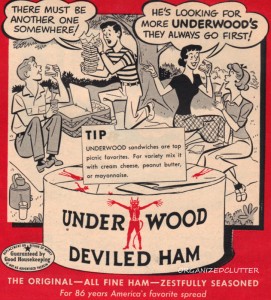 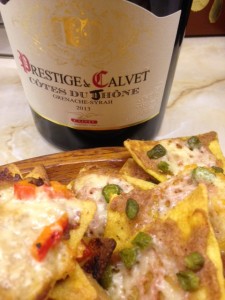 The first blogger to send me a link to a post about her Joan event was the lovely Taryn from Melbourne in Australia who writes the fabulous Retro Food for Modern Times blog.  I heartily encourage you to read about her HORROR when she foolishly took a peek at the ingredients list of a jar of deviled ham before making her Danti-Chips…  It made me gaffaw out loud.

Mildly freaked-out Taryn decided to opt for a mushroom and spinach tapanade for her chips, with cheese and gherkins plus some pickled chiles.  Don’t they sound and look good?  And they were too apparently!  Yum yum! 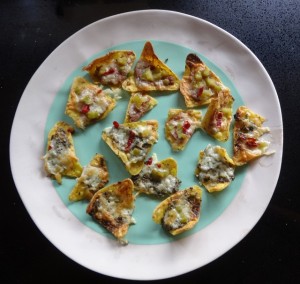 Pamela from the brilliant Silent London blog also went for a mushroom version of the Danti-Chips.  She told me that her other half had never seen a Joan Crawford movie before so she screened two, back to back.  His verdict on Joan?  “He was v. polite, but I think he preferred Eve Arden” – ha ha! 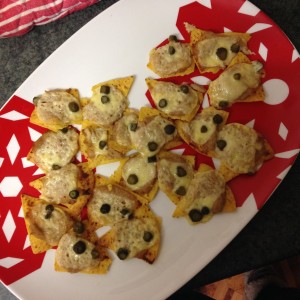 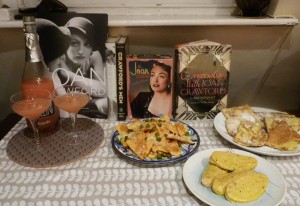 I’m just beginning to realise how many of my chums are vegetarian.  Angela and Matthew used a spicy mexican vegetarian spread for their Danti-Chips – I LIKE that idea!  I might seek some of this out… 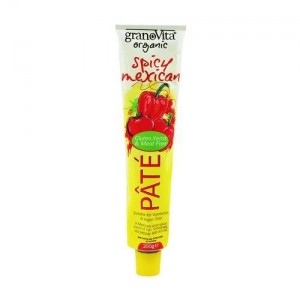 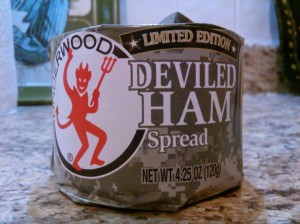 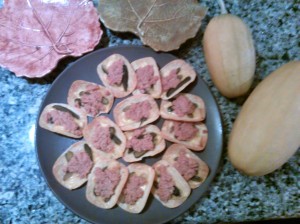 Yinzerella took her Danti-Chips to a party at “Casa del Rick & Ronny”.  GAD I WISH I LIVED IN BALTIMORE.  Seems like a never ending party!  Her lovely blog post about it is here – and there are more photos and Joan related GIFs too! 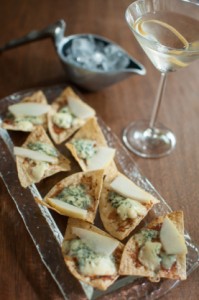 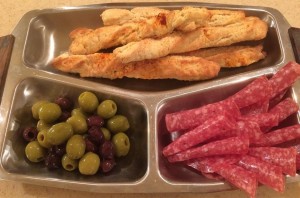 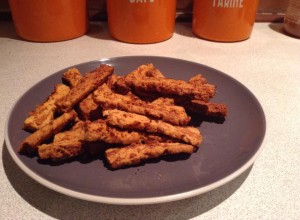 Check out Peter’s blog Kultguy’s Keep for a lovely write up about my cookbook and all kinds of other brilliant movie stuff.  I hope I won’t be giving away too many secrets, when I let you all know that Peter and I are working together on a couple of forthcoming events for the launch of the 50th edition of Vincent and Mary Price’s Treasury of Great Recipes.  Watch this (and Peter’s) space for more details.

Last but definitely not least, another new chum met through my blogging escapades, Greg in Greece – MADE HIS OWN CHIPS.  My goodness me, aren’t you lot clever?!  Greg used olive tapanade instead of potted ham and look at the size of those olives!  That’s Greece for you! 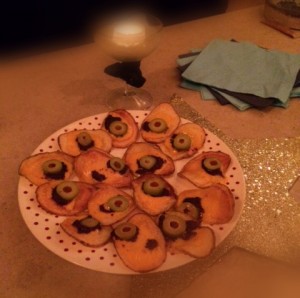 Thanks lovely party participants, the next post will be all about the folks who made Joan’s steak with Roquefort sauce.  This was universally proclaimed to be DELICIMO! 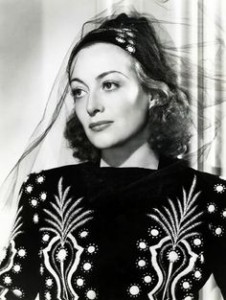