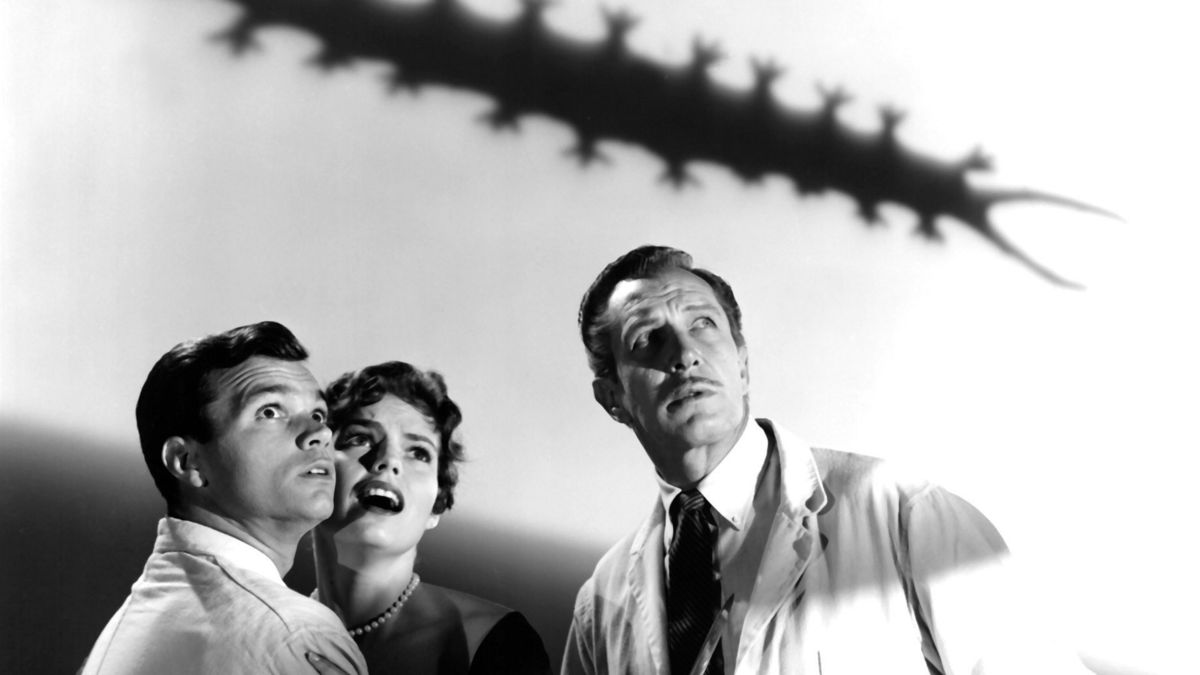 just a few days before making this dish. Because I couldn’t stop thinking about THE TINGLER every time I looked at this tenderloin. 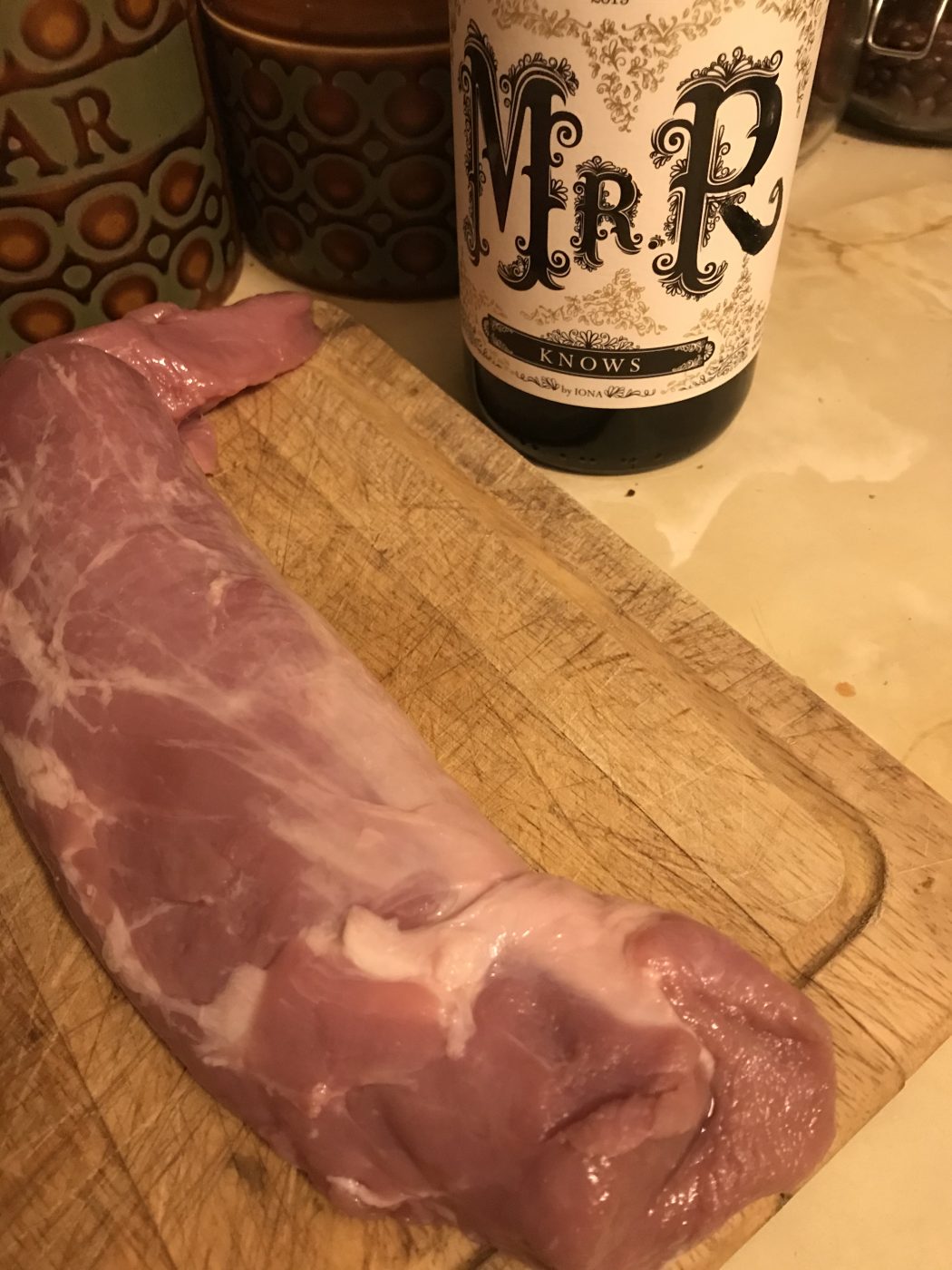 If you’ve seen that movie, you’ll know what I mean.  If you haven’t, I strongly suggest doing what I did and having a “watch party” with a friend who has a similar sense of humour.  I was crying with laughter all the way through it in my pyjamas as me and my chum Julie cracked jokes via the chat box.  There were much more erudite observations than this, but this screen grab will give you an idea… 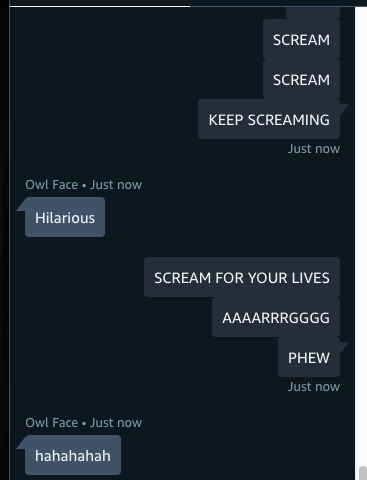 I do understand that this is not really giving this movie the respect it deserves.  I am sure this would have frightened the life out of me if I’d seen it in the cinema in 1959, but during lockdown, all alone in my bed with a glass of wine, with “Owl Face” miles away likewise, it really made me laugh.

Watch parties are something I discovered thanks to a reader of this blog called Katie Schneller.  Now once a fortnight I get into bed with a large glass of something restorative and laugh my way through all manner of movies with Owl Face.  It is definitely something I recommend you do with a chum if your spirits need a lift.  The first one we watched was hard to beat.  It was recommended by Katie and it was about a giant squid. 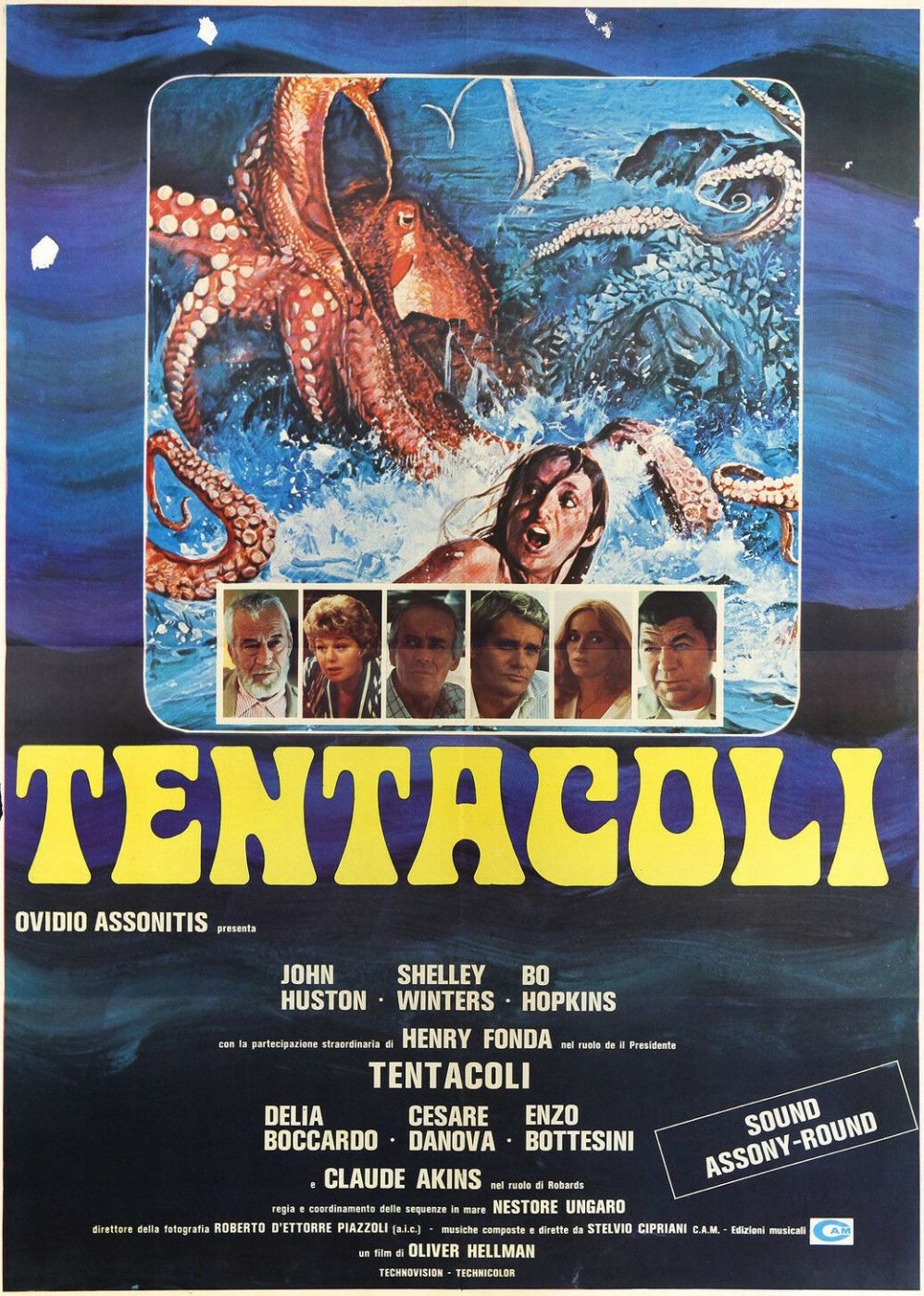 Shelley Winters is in this movie and she wears a preposterous hat.  There is no explanation of where she is going in this hat.  It seems as though Shelley’s character just fancied wearing it on that particular day. 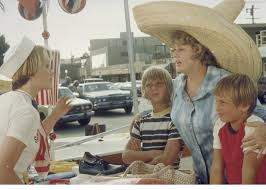 The film is worth watching just for the hat.

Kate’s recipe for tenderloin is good!  Which is a relief as I need a couple of her recipes for the Murder, She Wrote cookbook and her Spinach Meatloaf recipe was somewhat troublesome for my lovely test cook Dr Bobb…

I am fiddling around with this recipe a bit for the book, but if you would like to try it, just drop me a line via the Contact Form It’s easy and has just 5 ingredients, the tenderloin, garlic, seasoned flour, Cointreau or sherry and marmalade.  It results in a nice orangey, garlicky lump of pork 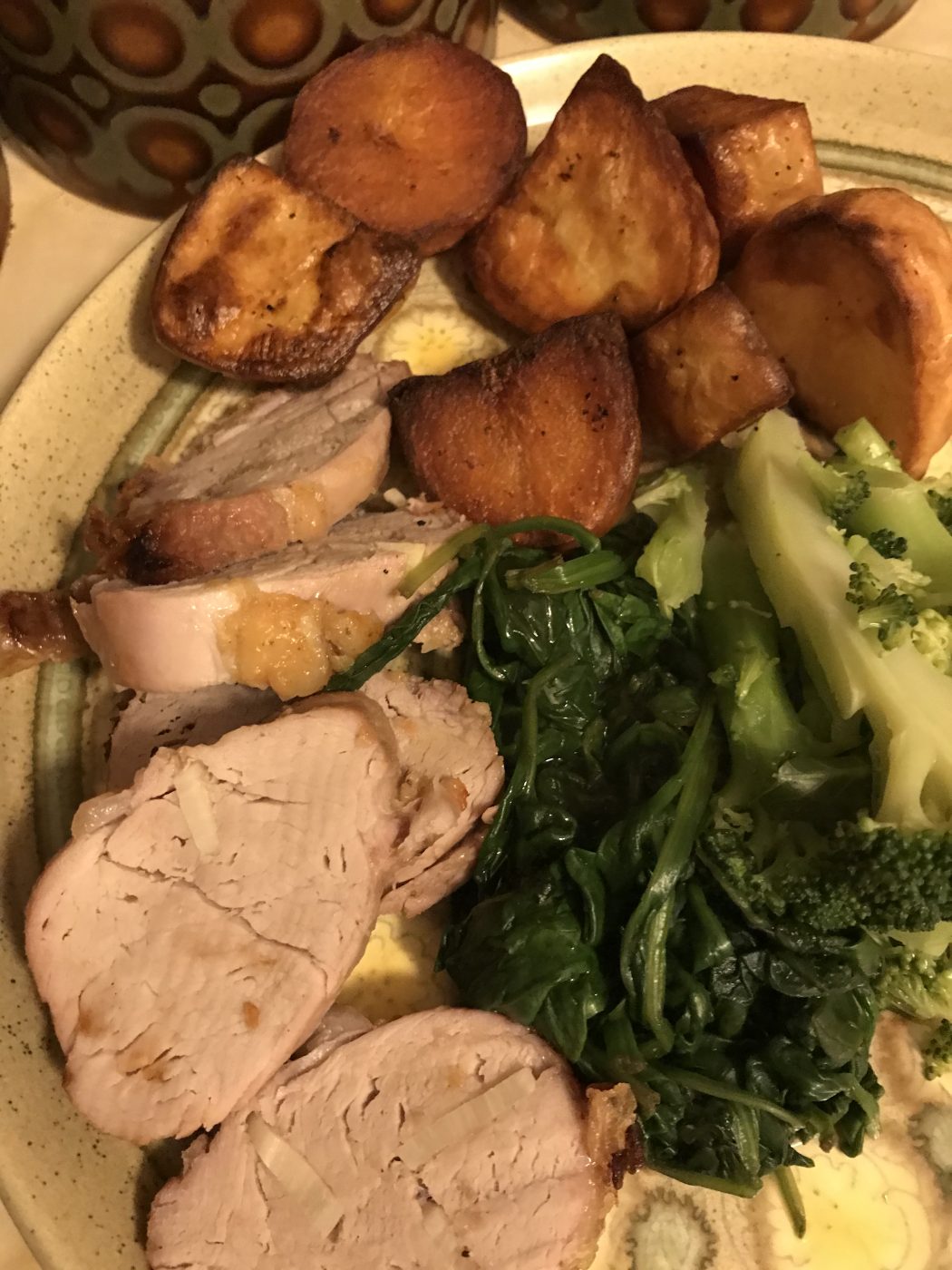 which we enjoyed, as recommended by Kate, with some spinach and a bottle of pinot noir (I doctored the label on a bottle of Mr P wine so that it said Mr R.  How ROMANTIC!). 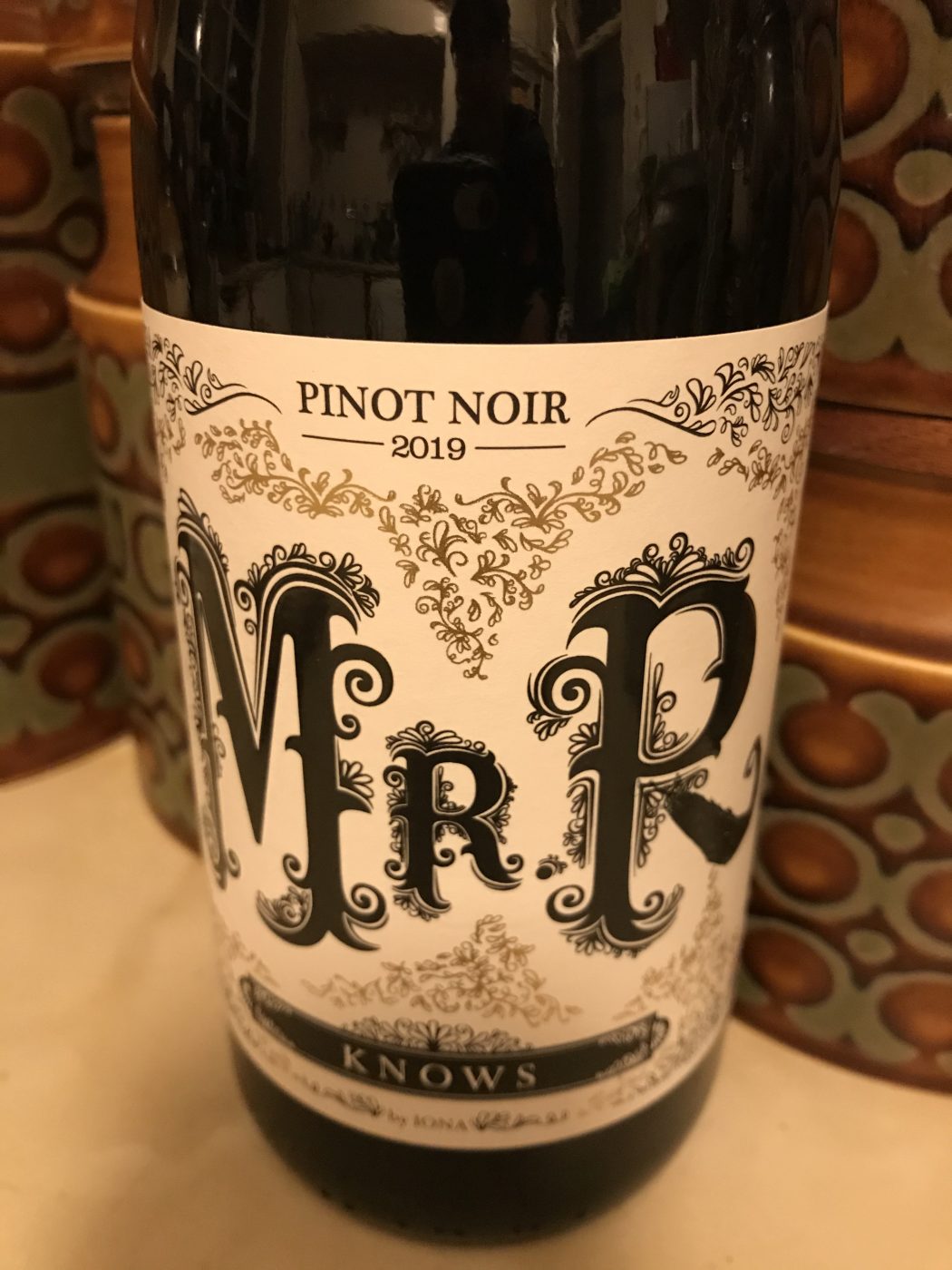 Some of you will know Kate Mulgrew from Orange is the New Black, some will know her from Star Trek, but to me, she will always be Mrs Columbo!