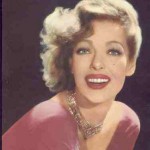 The wonderful Will in Warrington has made Loretta’s Walnut Loaf and it came as some surprise to me when I saw his pics with accompanying vegetables that it was a savoury dish.  Even though I typed the recipe out for him at some point I was imagining it like a kind of nutty cake.  But Will worked it all out and did a great job of doing all the things I should have done (converting the cup measurements to grams and selecting the perfect kind of crackers).  Sterling work on the feedback Mr Hay!  He said, “this smelled great while it was cooking and I was surprised at how tasty this was straight from the oven (I’d expected it to be a bit bland to be honest).”  Indeed, that is often the way with these recipes, on paper they may sound a bit dull but they often do surprise us!

I shall have a go at this one soon (now Will’s done all the hard work for me) as it would be good to have a nice veggie recipe for the book as those silver screen stars were voracious carnivores on the whole.  Any veggies out there who fancy testing this one please get in touch, I’m going to write it up with Will’s measurements so it would be good to have another tester.

On another note, as the only other veggie recipe destined for the book is Katharine Hepburn’s Eggplant casserole I found a cryptic note yesterday that I had scribbled on a copy of Maurice Chevalier’s French Onion Soup recipe.  It read as follows: “Most people fall into one of two categories.  They either think of eggplant as a main course, or the others would rather not think of eggplant at all.  Shame on you!  I love eggplant!”

Well, regular readers know which category I fall into – bleah!  But I have no idea who might have said that or where I might have read it…

Am pleased to report that Mr Winklepickers got in touch as he said he would, “Manners!” as Rosalind would say, and we are going to meet up on Thursday.  A DATE dear readers, a proper old fashioned date.  In CHELSEA.  Are people like me allowed in Chelsea?