Had a lovely Sunday with Heather, Glen, Nick and Brad watching The Long Long Trailer and having a whole menu suggested by Lucille Ball.  Lucy’s Sunday Night Supper for Two or Twenty – Salad – Goulash – Dessert 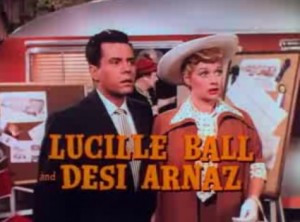 I made Lucille’s goulash almost exactly to her recipe except for two things.  I didn’t use any Accent (which I think is MSG basically but I could be wrong) and I added paprika – for what is a goulash without paprika?  We had garlic bread and chianti as Lucille suggested.  I piled my cake stand high with fruit and had three massive slabs of stinky cheese.  But the bit I liked best was the iceberg lettuce (“crisp and pulled apart, never cut” says Lucille) with a choice of three dressings.  French, Roquefort or Thousand Island – all home made.  That was a really nice way to start a sunday night supper. 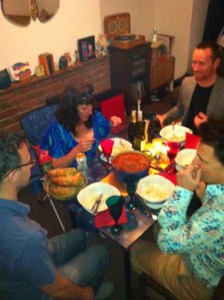 We liked the scene in The Long Long Trailer where Lucile tries to make a ceasar salad while the trailer is being towed and we squealed in all the right places when they were driving it around the precarious mountain roads in Yosemite.  A highly enjoyable romp. 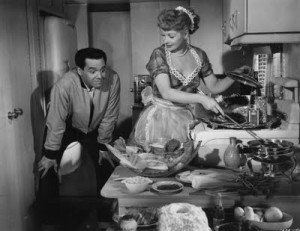 I recently sent some celebrity frankfurter recipes to Yinzerella at the awesome “Dinner is Served 1972” blog and she really made me laugh with her post about Tessie O’Shea’s Frankfurter Chutney Salad – I encourage you to pop over and read it.  I love Lucy and I love Dinner is Served 1972. 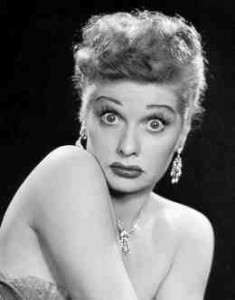