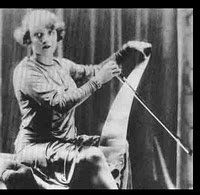 “I was raised almost entirely on turnips and potatoes, but I think that the turnips had more to do with the effect than the potatoes.”

Well I am pleased to say that Marlene’s Lamb Chops en Casserole contains both potatoes AND turnips which gives weight to the idea that it actually WAS her very own recipe. Delicious it was too.

We consumed a few pre-dinner “Pomegrantlet Gimlets” the new house cocktail named after Cary Grant then a few post-dinner glasses from the “Novakeg” – a large keg of beer we fondly named after Kim Novak. Although Ruth had agreed with my proposition that we drink the whole keg in one night we didn’t quite manage it.

We did though talk long into the night about the men who continue to confuse us. But as Marlene so rightly says, “Once a woman has forgiven her man, she must not reheat his sins for breakfast” which applies to me and, “The average man is more interested in a woman who is interested in him than he is in a woman with beautiful legs” which may apply to both of us.

Not that we don’t have beautiful legs you understand…