This recipe found its way into the Cooking With Columbo cookbook. 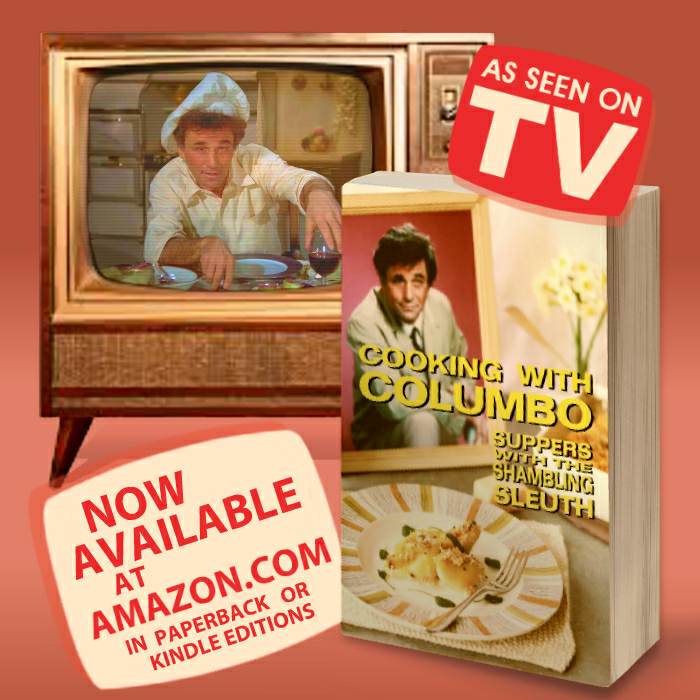 My word, I think this was the best steak I have ever eaten, no kidding. Martin’s marinade was divine. Also, I had learned some stuff from Harry Eastwood’s steak masterclass in January’s Delicious Magazine.  Cooking steak always makes me a bit nervous, but there was good, solid, easy to follow advice in the article, and I followed it to the letter. 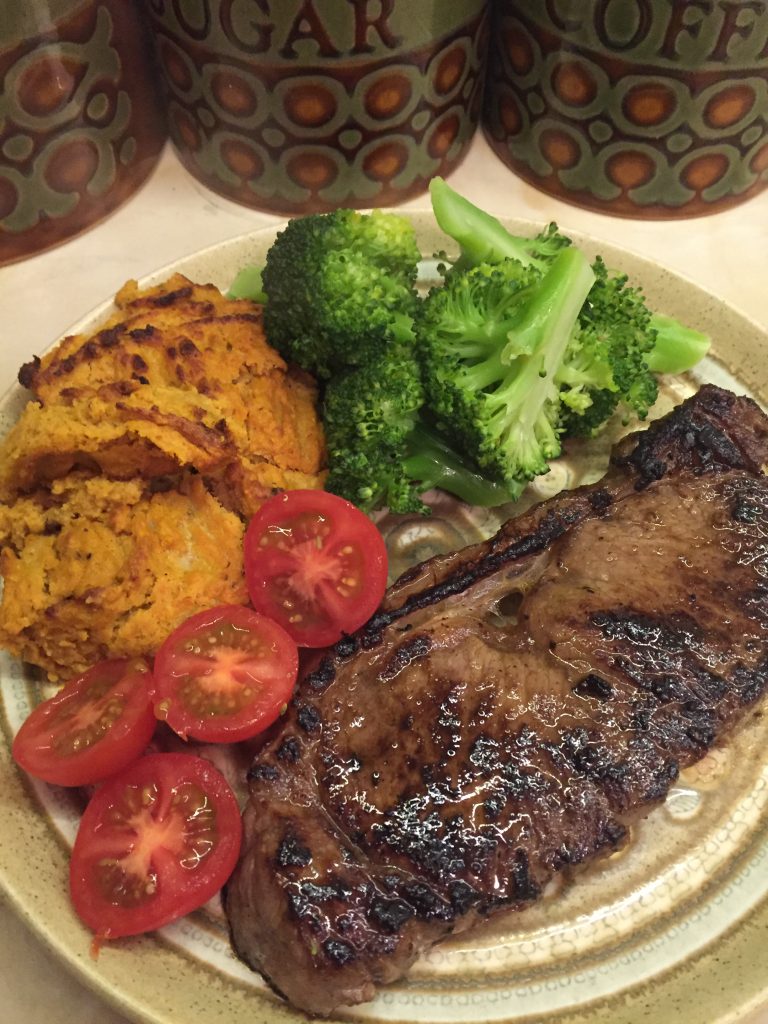 Martin’s recipe is for a big chunk of steak that serves four. I just divided it down for my spinster’s supper for one, and more or less followed Delia Smith’s timing for rare – 2 minutes each side in a smoking hot pan with a tiny bit of Greg’s olive oil. Then I followed Harry’s advice to rest the steak for the same amount of time that I’d cooked it for.

Result? For me, a perfectly cooked, juicy and flavoursome steak. Thanks Martin, thanks Delia and thanks Harry! 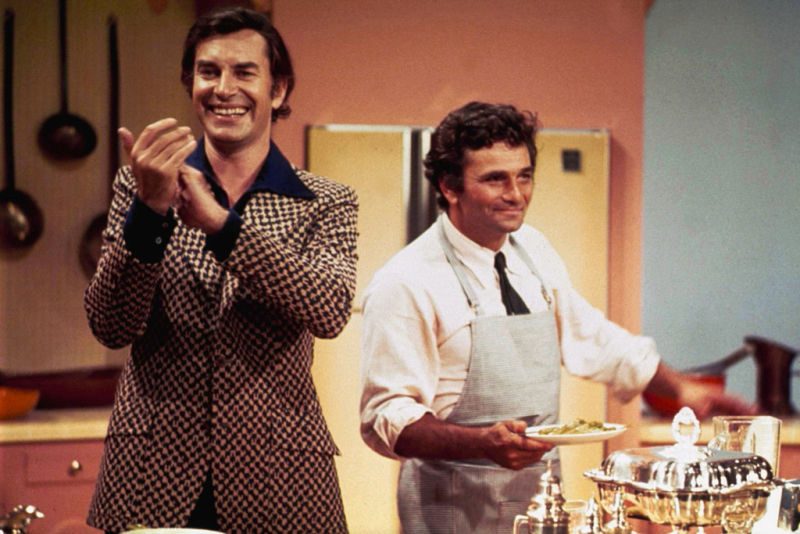 I’m fiddling around with this recipe a bit for the Columbo cookbook, but here’s the recipe for the marinade. Martin suggests marinading with 1/2 cup of the marinade for 6 to 12 hours, using the rest to baste the steak while grilling. His steak is 1 inch thick and about 1 and a half pounds, to serve four. I used about a third of his marinade recipe for just myself, I marinated my steak in a freezer bag… 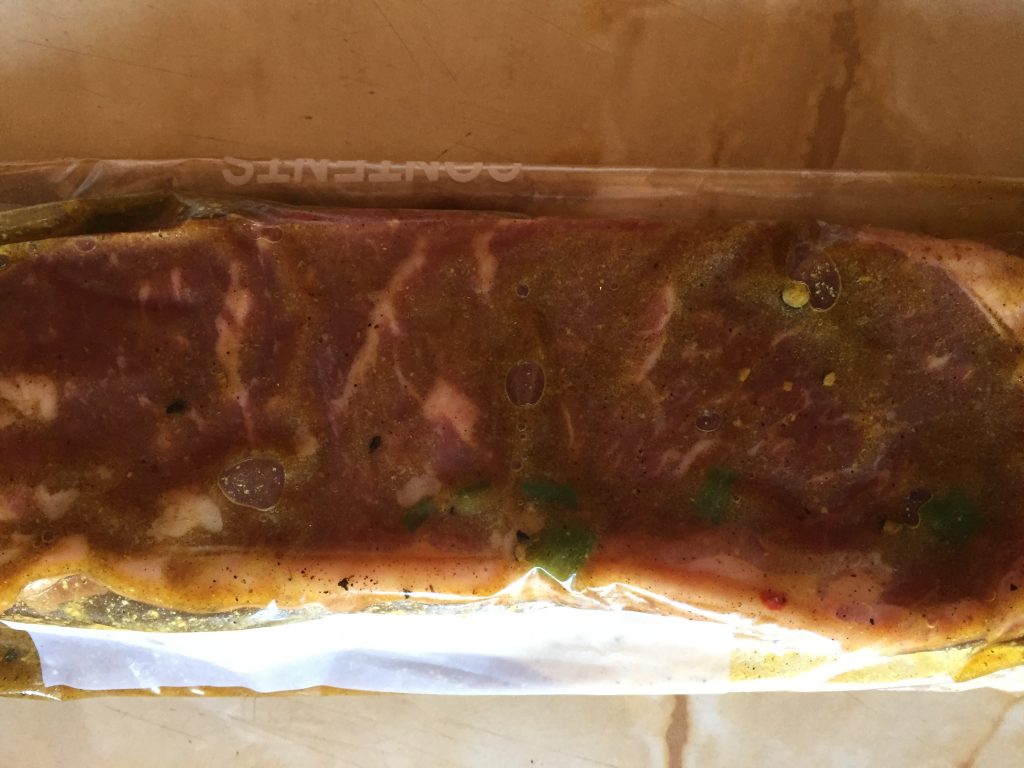 and I cooked my steak in a frying pan rather than grilling it.

I’m reading all the clean eating backlash stuff that’s around at the moment with great interest. OK, so I admit, that orange blob in the picture is a carrot dish made to a Hemsley & Hemsley recipe. 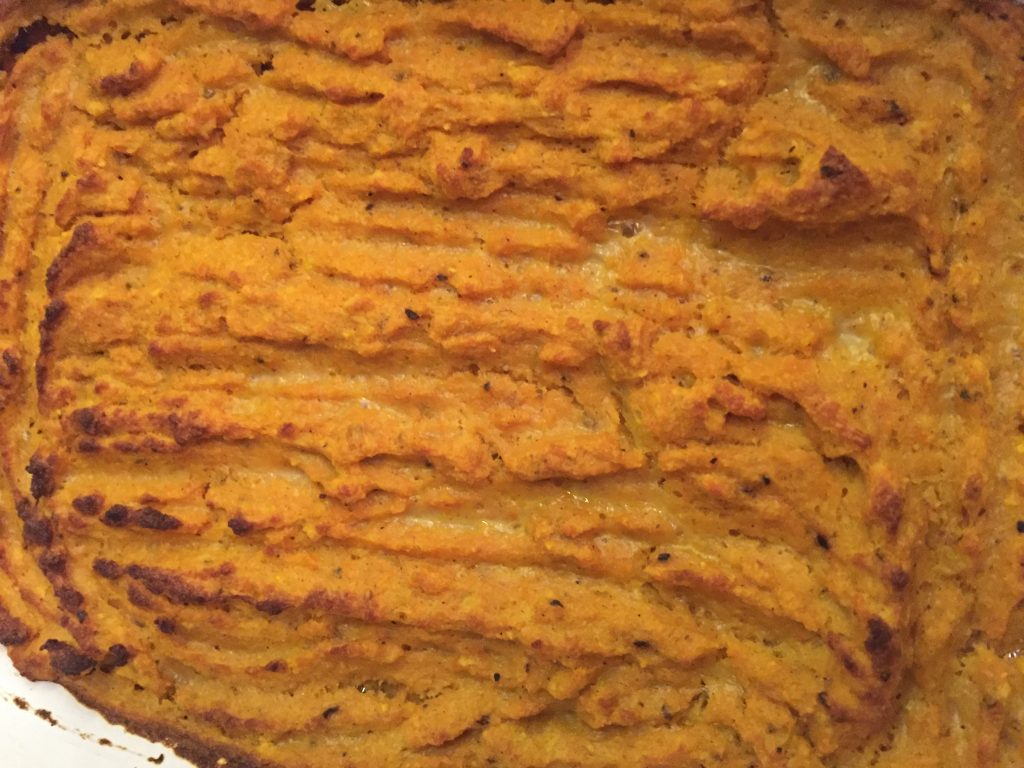 BUT, I take a lot of the stuff about uber-healthy eating with a large pinch of salt (low sodium salt obviously…) It’s all about balance innit? So yes, a “creamy carrot bake” alongside a big fat juicy steak is fine by me. They were both bloody lovely. 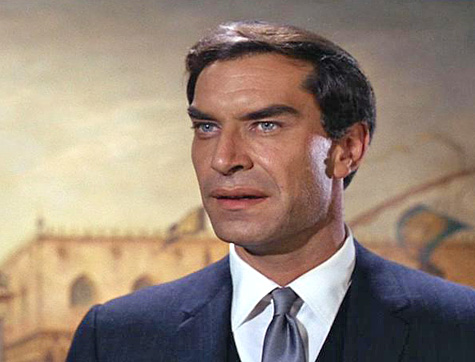