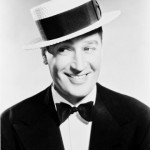 My first proper dinner for friends in my new flat was TERRIFIC!  Progress on the jigsaw was made and Rosalind found a bag of coins that had emerged from the lock up and decided to see how much money I had forgotten about.  She made neat piles of 1ps, 2ps, 5ps, 10ps, 20ps, 50ps and £1 coins on my fireplace and jotted down her results on a nice clean piece of paper.  I am not sure why she flashed me the result on her i-phone (does she have an app for “forgotten money calculations”?) but I did love it when she held it right up close to my face and it said 62 pounds and something.

As Charley was a bit puffed out when he brought his hoover round for me to borrow this morning after 7 flights of stairs, maybe I should put my forgotten coinage towards buying a floor sweeper…?

My lovely friend Gary was here too.  It is always a great energy boost to see him and he was fresh from Stroud in his motorcar full of elaborate cakes.  He’s off tomorrow to demonstrate how to make fabric flowers from sugar so I attempted to show him the kind of hospitality he always shows me.  Despite the fact that I have no lampshades, I didn’t have time to iron the sheets and my flat is full of unopened boxes, I realised that these are both good, good friends who don’t CARE that my new flat is a bit scuzzy.  I blame Dirty Eric, the previous tenant….

Anyhow, thanks to my wonderful big 1930s kitchen that suits itself to communal cooking Rosalind had a go at Maurice Chevalier’s soup, making it with chicken stock rather than beef, which resulted in a lighter soup.  Quite frankly, it was delicious.  I made chicken with a Bette Davis Marmalade marinade (I have to use up the stocks somehow…) and HALF constructed a Johnny Weissmuller’s Apricot Meringue Pie.  That, I’m afraid was a step too far and will have to be finished tomorrow….

I loved it when Gary found a piece of plastic mistletoe on the kitchen floor and immediately held it above his head and gave us both a smacker right on the kisser!  It was also a magical moment as we sat and listened to Desmond’s show on the radiogram and he played a Maurice Chevalier song.  We felt as though it was just for us….