I am scared of hollandaise.  Well, I am scared of making hollandaise.  When I told my food writer chum Sam Kilgour this on the day I was planning to make Milton’s Eggs Benedict she gave me some excellent advice, “don’t let it know you don’t like making it.”  She also offered up two magic words, “stick blender.” 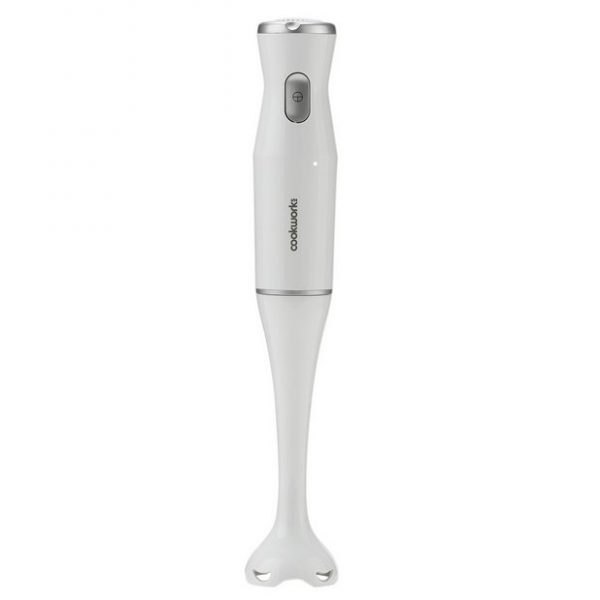 I am halfway through putting all my test cooks’ recipe feedback into the forthcoming Murder, She Cooked book. 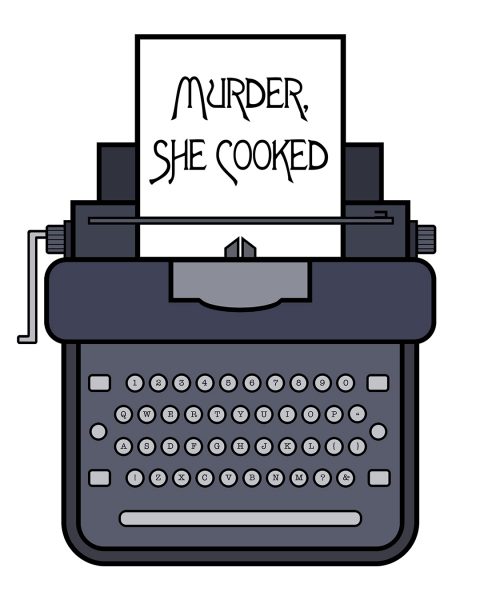 My friend Mark Brisenden tested Milton’s recipe for goulash and it was not a hit. Mark wrote, “Even on paper this looked a strange one, but as my love of Goulash is second only to my love of Chili, I had to give it a go.”  However, the overabundance of cloves and the omission of paprika made Milton’s goulash even too much for Mark!  He asked, ” How do you make Goulash without Paprika? That’s like a Vampire without fangs as Goulash to me is the Vincent Price version as taught to me via an instructional video filmed by Miss Silver Screen Supper herself and her knife-wielding co-host and fellow film archivist, Natalie Morrison.”  Haha, I love that your signature goulash is Vincent’s, Mark!  That cooking demo with Natalie at Tim Burton’s house was so much fun.

Mark concluded, “it was not a hit with me and fortunately, as I did not inflict this on anyone else, did not lose any friends over it.”  As I trust Mark’s opinions, I decided not to inflict that recipe on anyone in the Murder, She Cooked book either! I had to find a replacement. 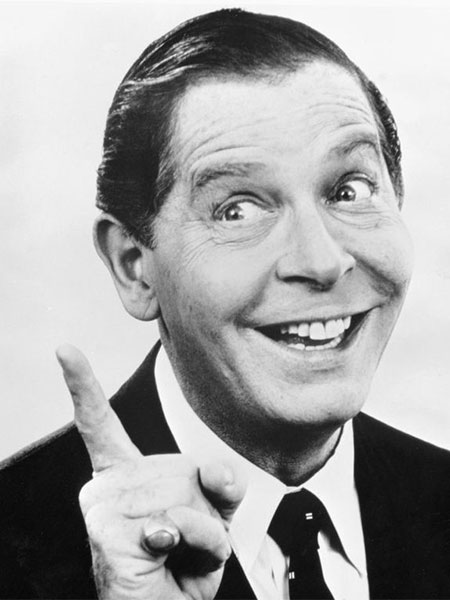 In the collection, I have recipes for Milton’s Manhattan Clam Chowder, Spanish Steak, Lemon-Orange Icebox Cake, Honey Crisps, Lemon Meringue Bread Pudding, and Gefilte Chicken a la Fish (?!) but decided to try his Eggs Benedict first.  It was fabulous!  Phew. 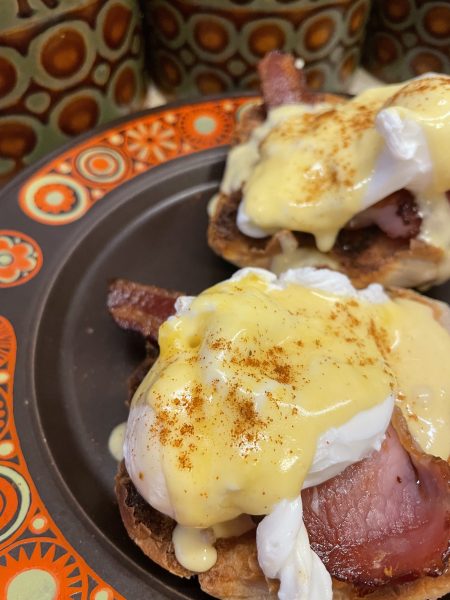 So the hollandaise was perfect (I was in a relaxed mood as I made it and tips follow) and I was very pleased with my poached eggs (again, tips follow).  A simple weeknight dinner, brunch, or lunch as long as you don’t let the Hollandaise know that you don’t like making it! 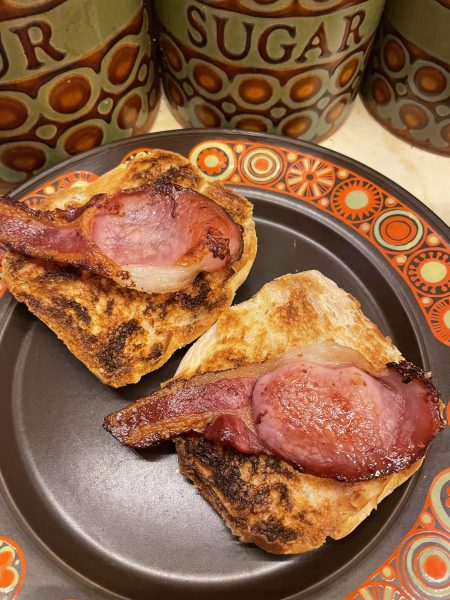 It seemed a bit over the top to cook the bacon in butter, but I did it, and naturally, that made it super delicious.  I cooked it really slowly as I was making the hollandaise and poaching the eggs 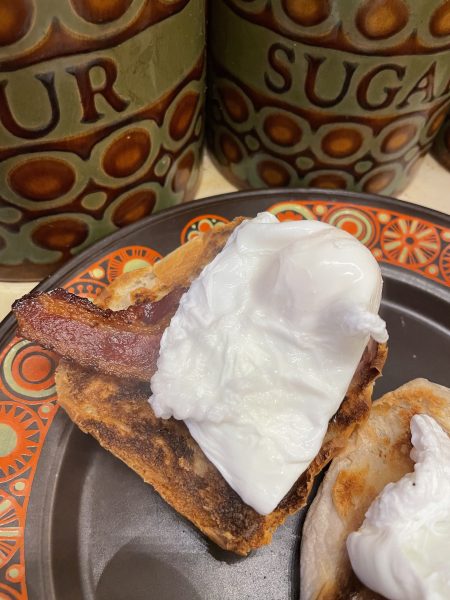 I did a bit of googling and popped each of my eggs in a sieve before poaching.  T’internet says that this removes some of the stringy bits you get when poaching and it did seem to make a difference.  I then put each egg in a ramekin with a tiny bit of vinegar in the bottom (my friend Sanja taught me this) and then slid each of them into the simmering water.  My eggs were overdone (my fault, next time I’m going for exactly 3 minutes) but they were still delicious. 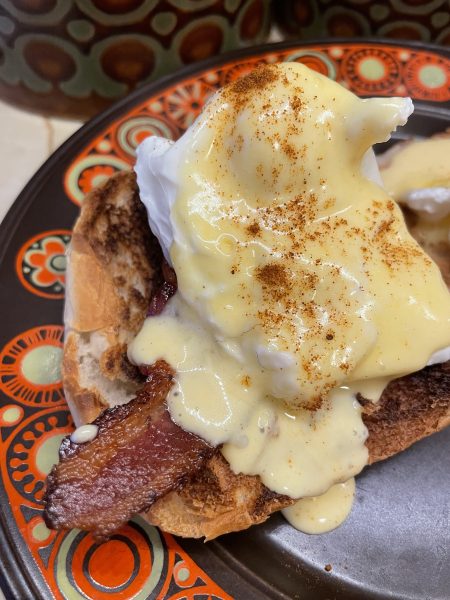 Et voila!  I was very pleased with the end result.  I melted each batch of butter quite slowly into the egg yolks, and if I wasn’t going to take a photo of the finished dish I probably would have served the sauce as it was, but blitzing it with the blender really made the sauce smooth, so it was worth doing.  If you like Eggs Benedict but have never tried it at home, I heartily recommend Milton’s way of making the Hollandaise, it makes more than enough for another couple of 1 person Eggs Benedict so I am going to freeze the leftovers in two batches.  Yum – what a treat this will be when I find a little packet of Hollandaise at the back of a freezer drawer in a couple of years’ time! 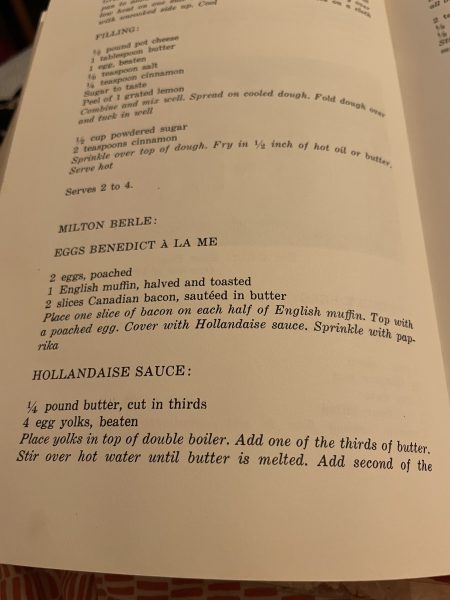 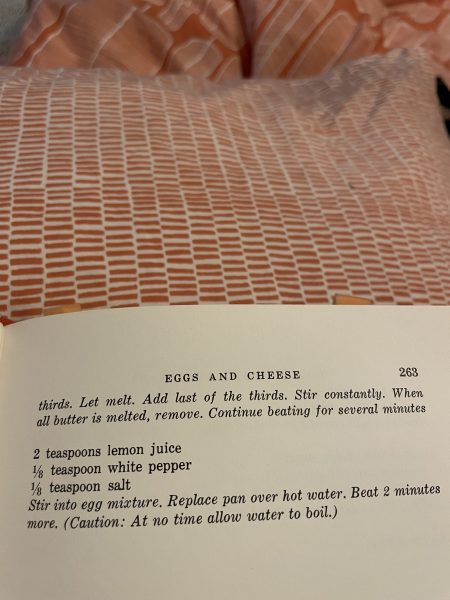 In looking for an appropriate photo of Milton to end this post, I came across this one so naturally, I can’t resist… 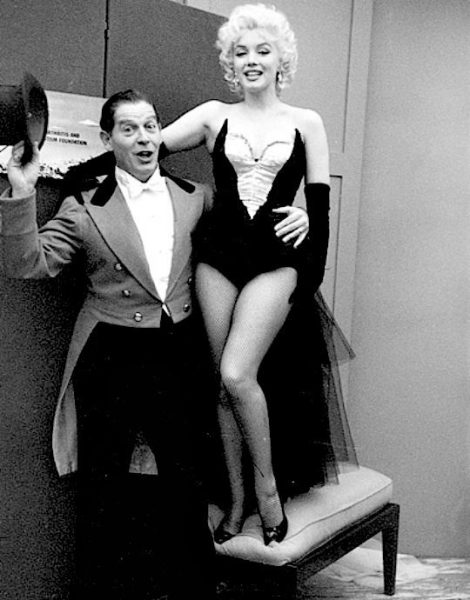 Thanks, Milton, and thanks, Sam!  I no longer fear the Hollandaise!  Oh, and one last thing, a few years ago I was keeping a list of brilliant character names from films.  I was going to set up some sort of Silver Screen Suppers Club and all the members would have a pseudonym.  I’d forgotten all about this until I was scanning through Milton’s IMDB entry just now.

Who wants to be Goodtime Eddie Filth? 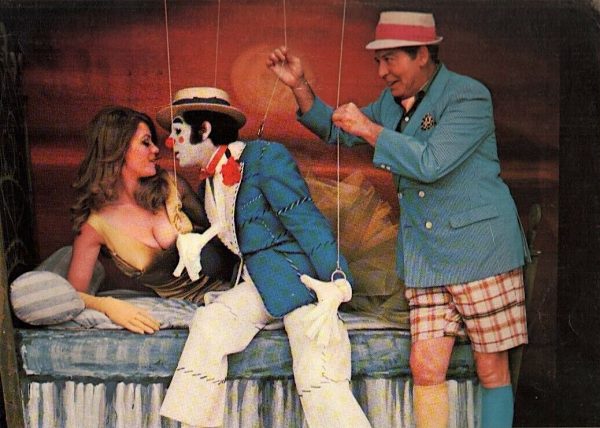