Suprise Sunday session with my squeeze yesterday as his prior engagement was canceled.  What a TREAT!  Firstly he disappeared into the kitchen to make me breakfast (he’d brought all the ingredients with him) and to my surprise emerged with this: 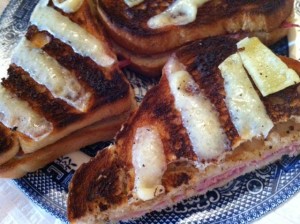 Croque Monsieur a la Rathbone.  Aint it pretty?  It was the nicest breakfast anyone has ever brought me in bed.

Then we went on a little shopping trip and he bought me an ice-cream at Gelato Mio in Muswell Hill. I have never set foot in this place before because effectively ice-cream is BANNED from my life but occasionally I will make an exception.  And then I love it. 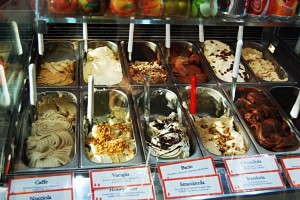 They were freaking enormous ice-creams and magnificent.  We sat on a bench outside the shop eating them and a woman who had seen us in the supermarket stopped to say that she’d noticed how lovely we were being to each other while we did our shopping.  I resisted the temptation to say the same thing I did to Jane Horrocks the other day, “we’ve only been seeing each other for a few weeks!” by means of explanation..

In the afternoon we watched the first half of Gone With the Wind, then I made Southern Fried Chicken to Omar Sharif’s recipe which turned out mighty fine: 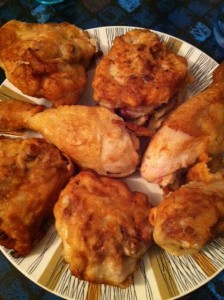 We scoffed it and then watched the second half.  Mr. R seemed to enjoy it, although probably not half as much as I did.

Regular readers will know that Gone With the Wind is the film I traditionally watch when a relationship comes to an end.  I throw the phone out of the window, pull all the curtains, drink wine and eat salty snacks for 4 hours solid.  Scanning through the blog I see that I watched it under these circumstances once in 2006, once in 2007, once in 2009 and once in 2012. Funny how the memory works though, I can’t even remember who two of the men were who made me all miserable back then.  I have high hopes for this new one…

I’ve suggested that we make a pilgrimage here: 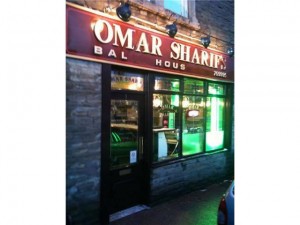 A balti house in Rochdale.  I’m not sure if you can eat in or if it is takeaway only, it’s hard to tell from the pictures: 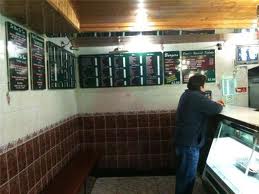 I wonder if Omar would come out for a curry with us if we asked him? 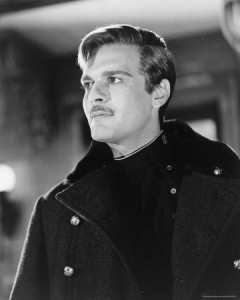 Here’s Omar’s recipe, which is gleaned from this fabulous book