March already tomorrow?  Crikey!  Sophia was pulled out of the pack for this month’s recipe: 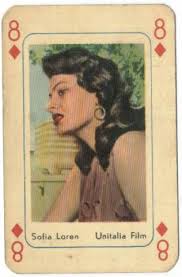 and there were plenty to choose from.  Sophia is definitely an expert cook, she’s written several cookbooks… 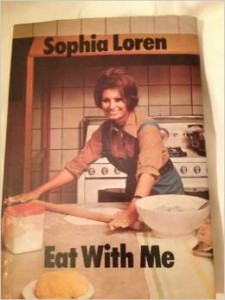 The one below I really want to get hold of, the cover is so lipsmackingly gorgeous… 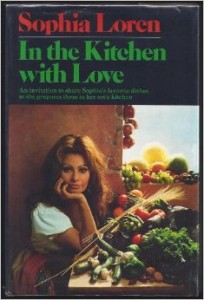 and this more recent one, which is much easier to get hold of than the two above.  The cheapest copy I can see on the interwebs at the moment of In the Kitchen with Love is about £50 including postage… 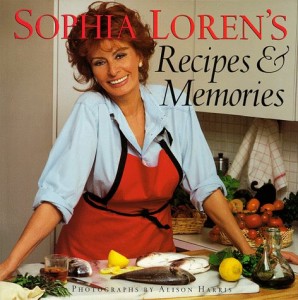 Still, Recipes & Memories is a great book with lots of sumptuous pix of Sophia in her kitchen cooking up a storm, plus some lovely photos of her when she was at her peak movie-wise.  Including this one from “It Started in Naples”: 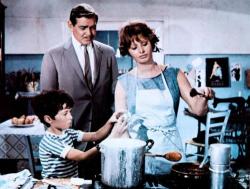 Clark Gable and Sophia Loren in the same movie?  Too much gorgeousness for one film surely?

Sophia says this about “It Started in Naples” in Recipes & Memories: “I worked in the movie with Clark Gable who adored Neapolitan cooking.  In the beginning Gable’s character is hostile toward mine, but things thaw in my kitchen and lead to love – though he doesn’t seem to appreciate my efforts in this scene.”

Ultimate Gable moment frozen in time follows….  Oh, I am tempted to have a Gone With The Wind session sometime soon.  Must be a year or so since the last one… 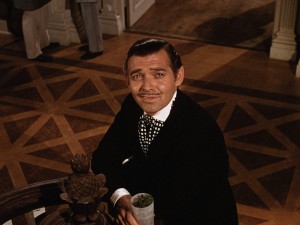 Love that phrase, “things thaw in my kitchen” – me too Sophia!

So if you are looking in March 2015 – Sophia’s Sauce will be recipe of the month.  If you are looking at another point in the space-time continuum (RIP Leonard Nimoy) you’ll get a surprise!

Here’s Sophia’s pic of her sauce: 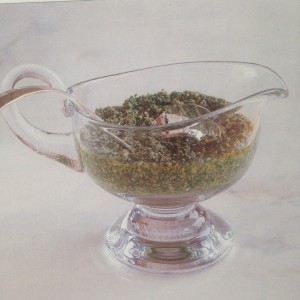 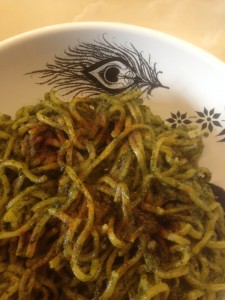 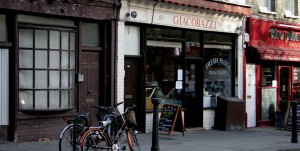 I have had a lovely day today when something momentous dawned on me.  Although in my mind, I totally understand the massive concept of #shoplocal and I wholeheartedly agree with the idea that we should all support our local independent shops, but I don’t actually DO IT.  This morning I planned to get off the bus on the way back to my place from Mr Rathbone’s and get us some lovely meat for our dinner from the butchers on Swains Lane in Hampstead. 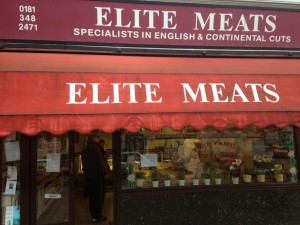 I have been stepping out with Mr R for almost 2 years and have passed this butchers many times on a Saturday morning on the way home to Silver Screen Suppers Towers thinking: “that butchers looks absolutely lovely, one day I’ll get off the bus and go in”.  This morning, I got off the bus at Swains Lane, with money in my pocket to buy veal for Peter Falk’s Veal Scallopini and some sausages and bacon for our Sunday morning breakfast and look what I found. 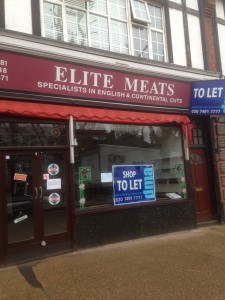 Oh, I was so sad.  Really sad.  What a sorry state of affairs.

This took me back to the very earliest days of Silver Screen Suppers when Heather and I went in search of fat salt pork in Soho in 2006 – Dearth of Fat Salt Pork –  and we were told there were no butchers any more in that part of the world.  My new motto for 2015 is now “use it or lose it”.  Butchers, fishmongers, local libraries, local independent restaurants and inde coffee shops, the Muswell Hill Bookshop Cha-cha-cha Vintage, Cheeses of Muswell Hill, Prohibition Wines, and the quite frankly awesome Audio Gold.   My local butchers Midhurst Butchers and much loved nearby Crouch End Morely Butchers and of course, Walter Purkiss & Sons the local fishmongers.  I am so lucky that all of these wonderful local shops are in walking distance, or at most a short bus ride away.  I am going to take the time to spend my money there. Yes I am.  I testify. 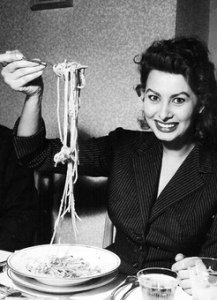 By the way, I had a hearty good laugh reading that blog post about the dearth of fat salt pork again.  If you are considering starting a blog, do it.  Right now.  Don’t delay.  The joy that you can have reading blog posts about an evening that felt like the worst night in the world with 9 years of hindsight cannot be measured.  Ah, the benefit of water going under a bridge!

Oh and by the way, I’ve written before about how Sophia is probably the movie star most photographed with food, but just when I thought I’d seen ’em all, I spotted this – the BEST one ever!  Genius!  Sophia eating jellied eels.  I cannot think of anything more fabulous. 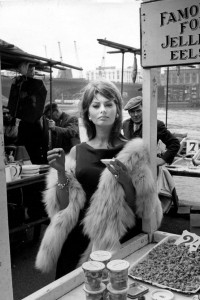