Just back from a wonderful four day holiday in Whitstable.  In a huge break with tradition, I left my laptop at home.  I am having a month without writing to rest my brain after all the Cooking With Columbo excitement.  Writing a blog post is writing of sorts of course, but I have a kind of self-imposed ban on getting straight into a new project during March.  Although I am dying to…  Only two days to go! 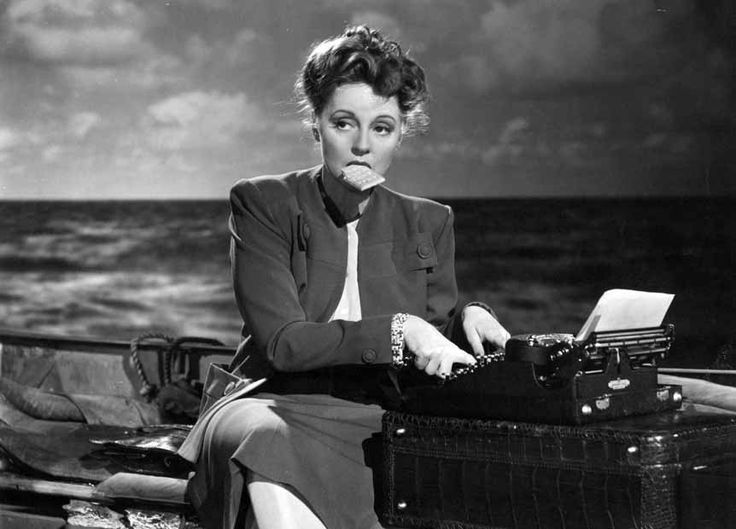 For those not from these shores, Whitstable is a lovely seaside town on the Kent coast. 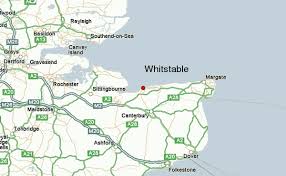 Me and Mr R both have student memories of this area and are very fond of it.  Especially The Neptune (known to all students as “The Neppy”), 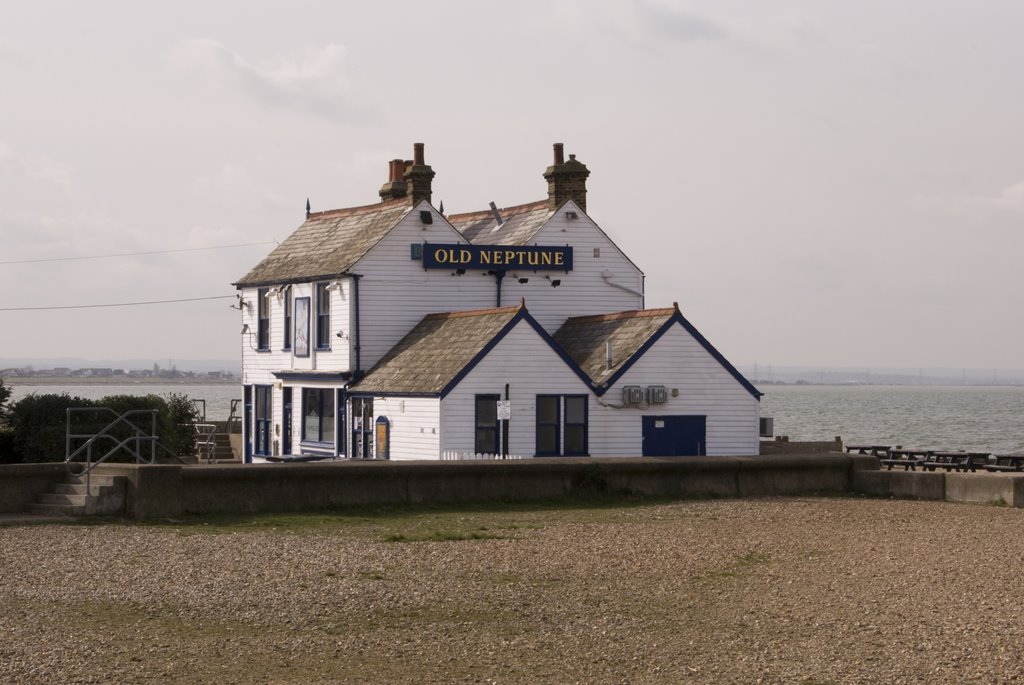 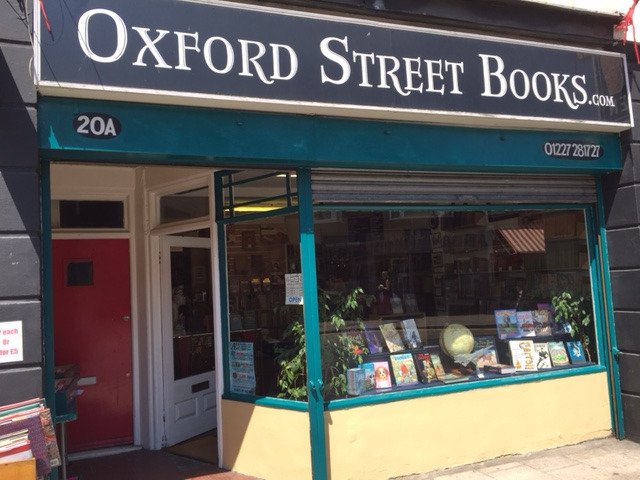 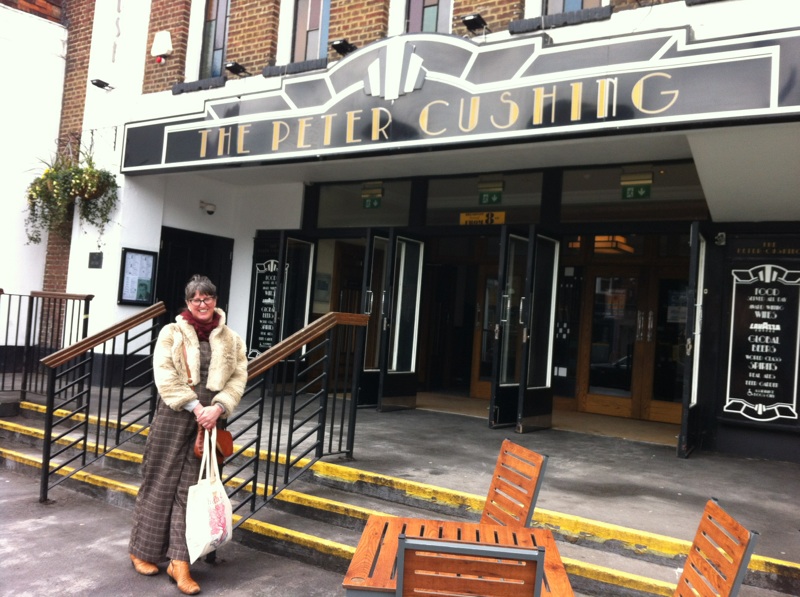 and all the little alleys and twittens.  Mr R loves to pose in an alley… 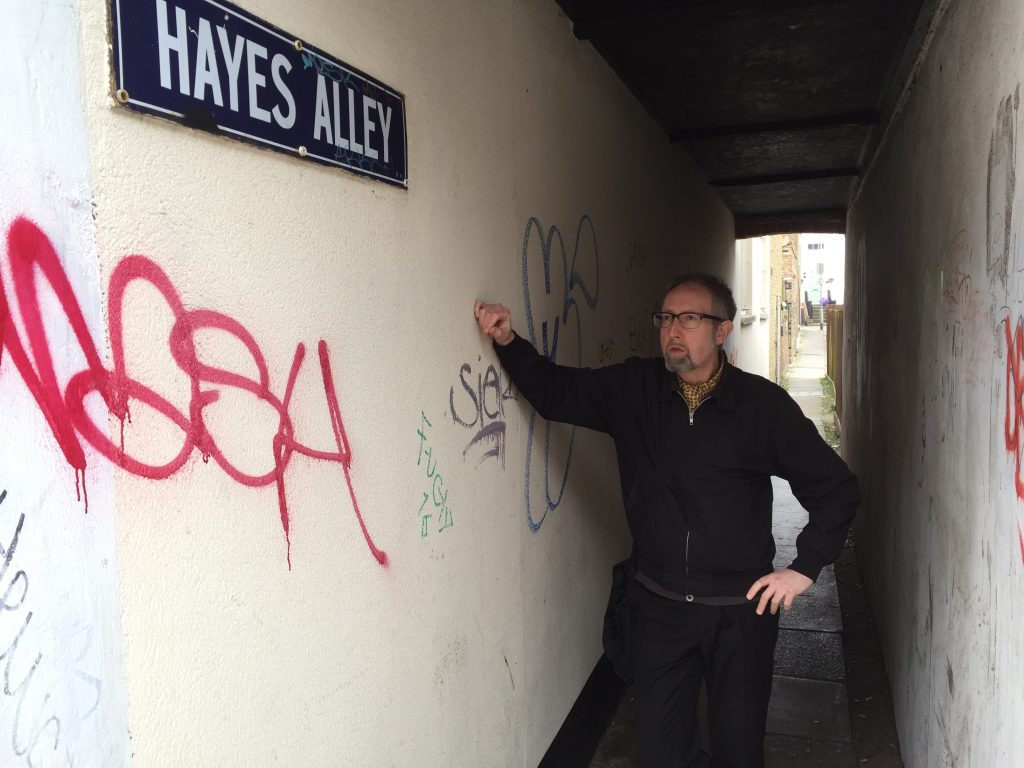 and on Friday we got ourselves some mackerel and 8 sardines.  The sardines were destined for a Sophia Loren dish.  Fiddly, but good.  Here’s Sophia’s recipe in her own words, from Eat With Me – I highly recommend this book, I love Sophia’s writing style… 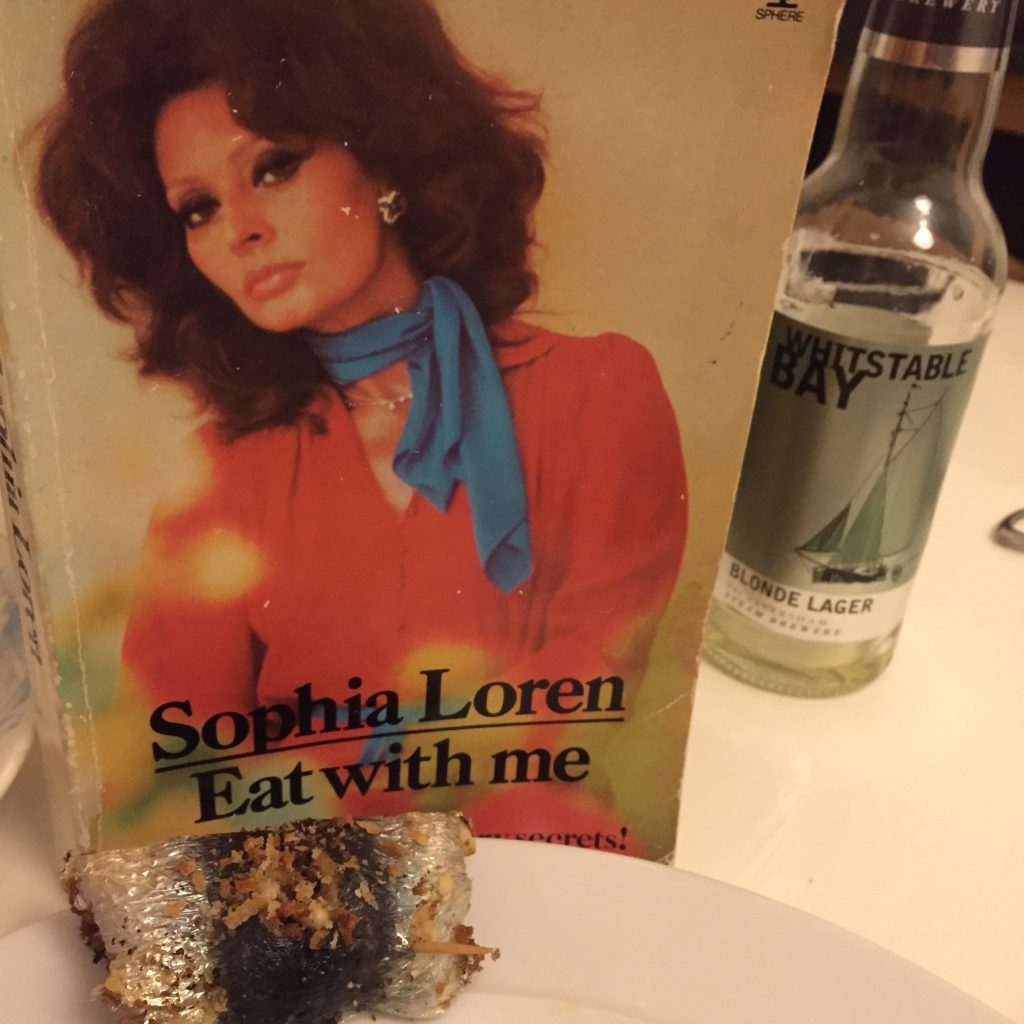 This is a Sicilian dish I am simply crazy about.  First of all, because sardines (which we call blue sardine in Italy because of the blue scales and flesh) are extremely tasty whether they are fried or baked; but especially in the way I am about to describe, known as warbler style (called after those little birds much appreciated by gourmets).  As there is such an abundance of sardines, and they cost so little, many people are inclined to snub them, but I don’t agree. Those people are missing out sadly. 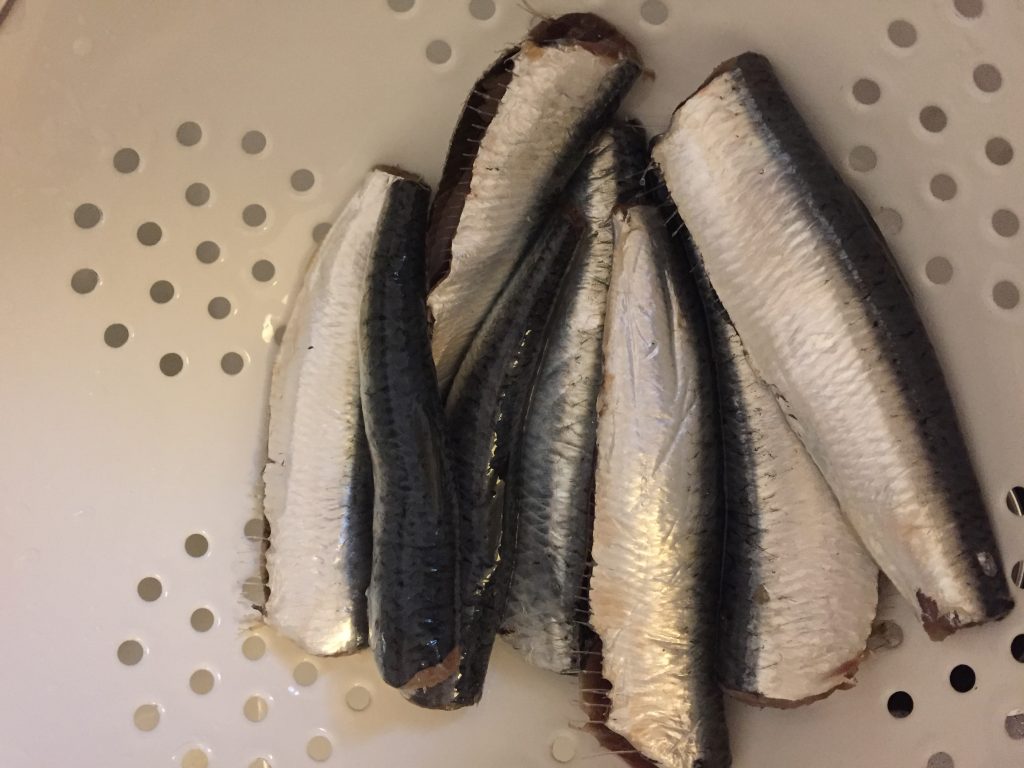 Slit the sardines in half through the belly, leaving them intact down the back (as you also do for frying) of course you will want to cut off the head and remove the long backbone; wash the sardines, and after separating them open them flat like a book and leave them to drain. 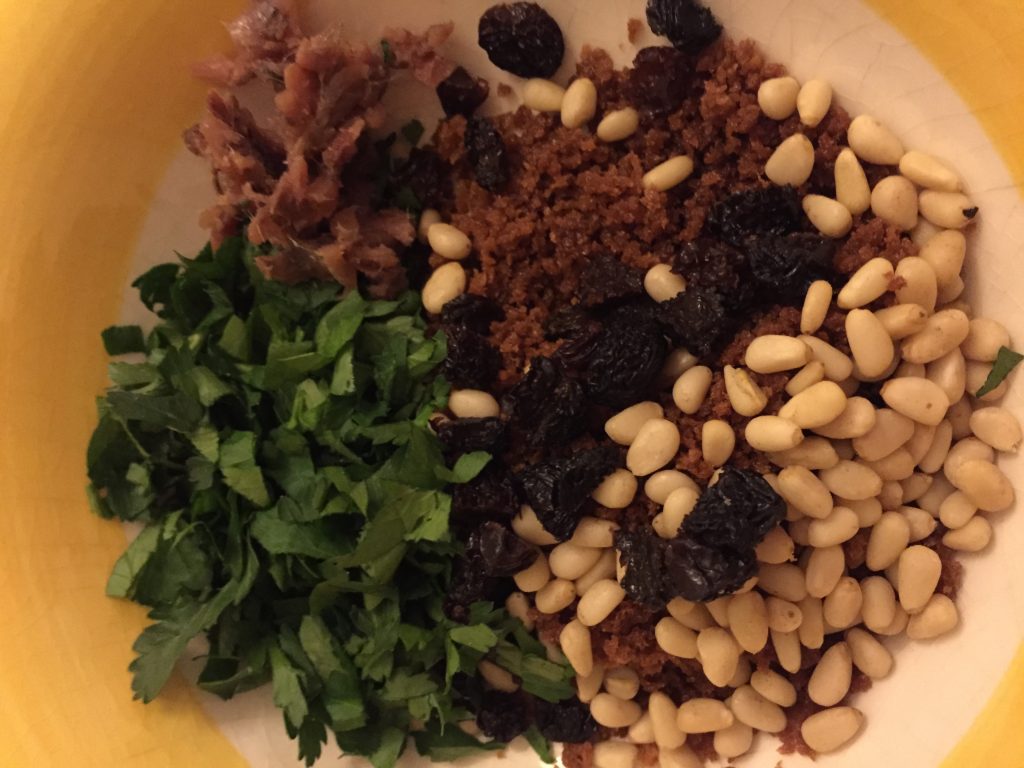 Mix them all thoroughly but with not too heavy a hand.  Then scoop out a spoonful of the paste and spread it on the open sardine which you then roll around the filling so as to form an involtino (little roll), and spear with a toothpick to hold it together.  Repeat the operation for each sardine.  Finally, you put them all into a well-oiled baking dish; another sprinkling of breadcrumbs, a trickle of olive oil, then into a moderate oven for half an hour. 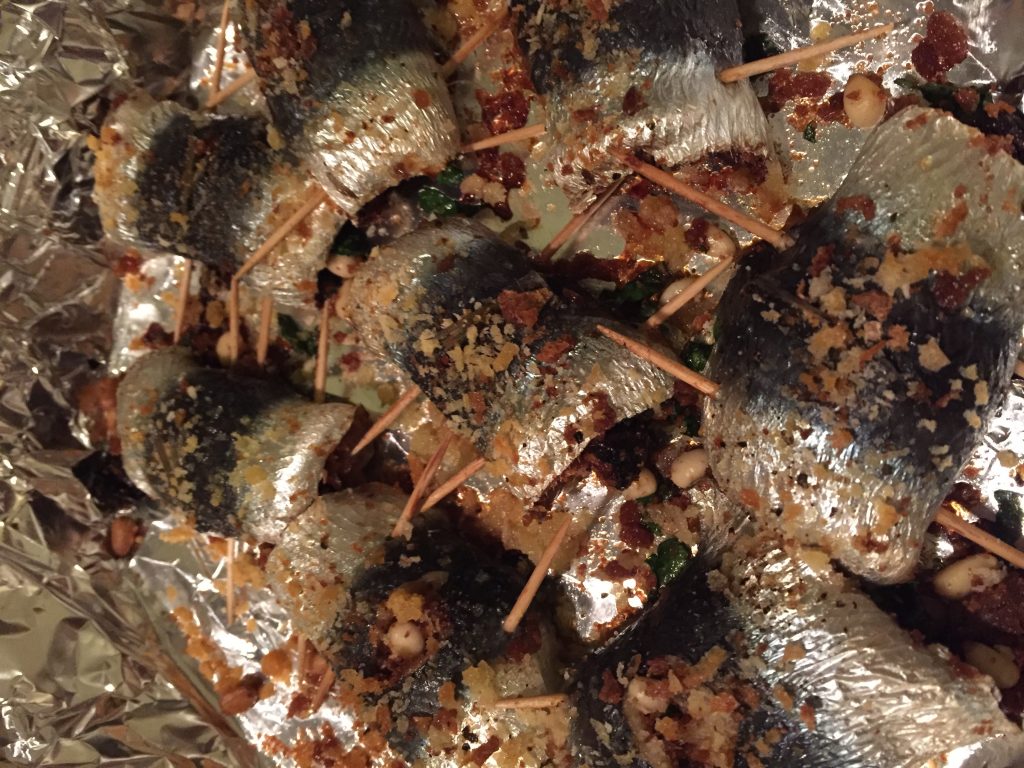 My notes about this dish…  This is a two person job really, I’m not sure I could have done the toothpick thing without my sous-chef.  Getting the backbones out of the sardines was tricky and took me ages, Mr R left the building during that bit, I don’t blame him.  I wouldn’t have called my stuffing mixture a paste, as Sophia did.  When I had crisped up the breadcrumbs there was quite a lot of olive oil left, but I only added a little of that into the mixture to moisten it.  It was quite tricky to roll the sardines with the stuffing just sitting on top, but I persevered and it worked in the end.

We thought these were cute and tasty.  I probably overcooked them slightly (we cooked them at 160 C in a fan oven but I was worried about the skins being crispy, so cranked it up high for the last few minutes, that probably wasn’t necessary).  4 sardines each was probably about right as we had some patooties and peas on the side.  Now I am writing about it, my mouth is watering and I want some of these again.  But perhaps made by somebody else! 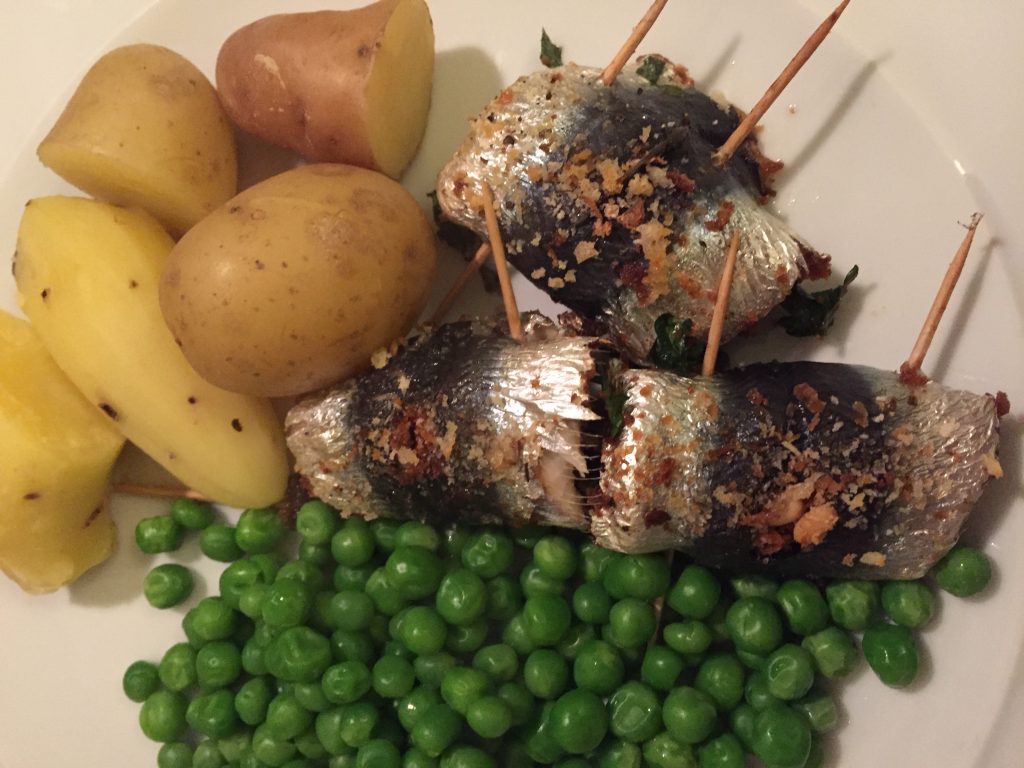 We love our little holiday hideaway in Whitstable.  If you fancy a little jaunt there, all the details can be found by clicking here.  One of the nicest things about Harbour Cottage is that part of the rental fee goes to a charity that rescues podencos (Spanish hunting dogs) that are often abused and abandoned once their hunting life is over. 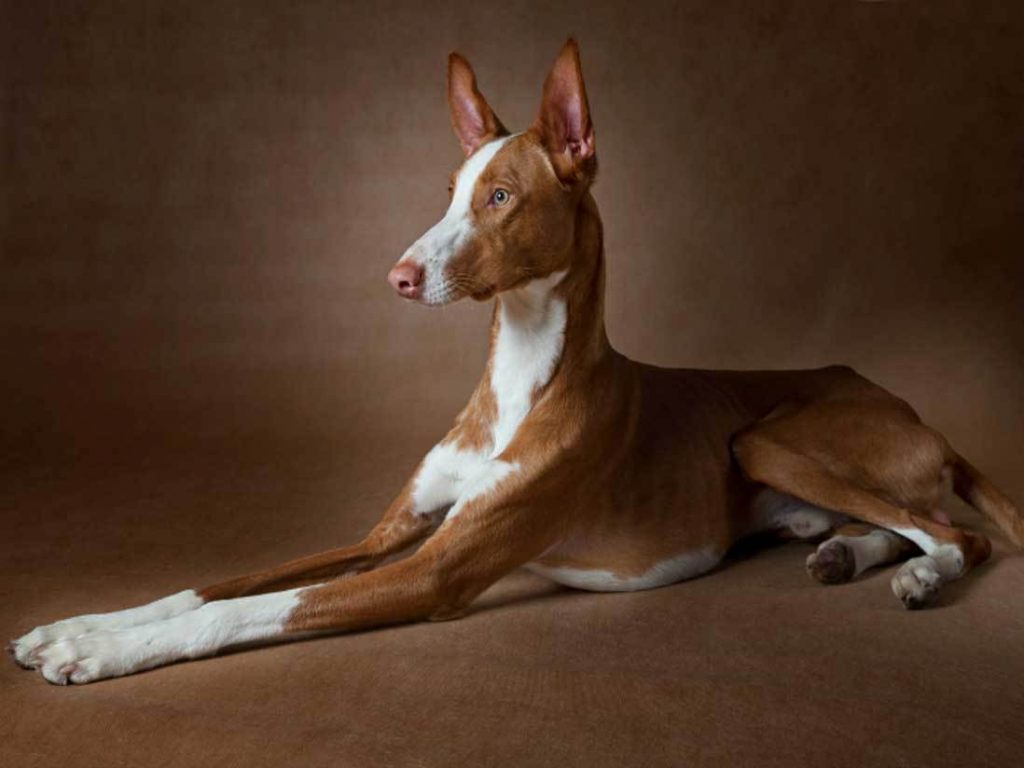 I am going to ask Polly who owns Harbour Cottage to send me a photo of her podencos so I can post it here.  We met Polly and one of her hounds, the gorgeous Lupi, and now, of course, WE WANT ONE.  Alas, urban living in blocks of flats as we do with jobs that take us out all day, not right now, but maybe sometime…

Sophia is probably the movie star most photographed with food.  I did a post gathering together some of the best ones here… But this one is my absolute fave. 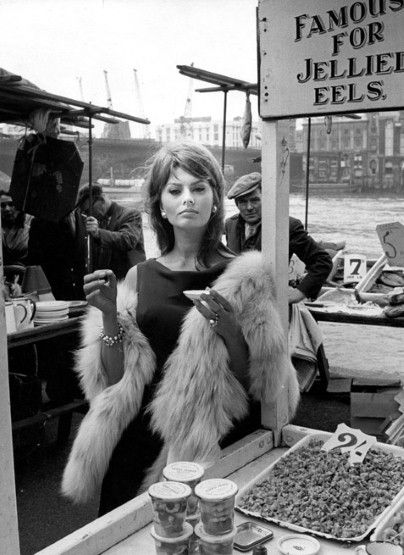