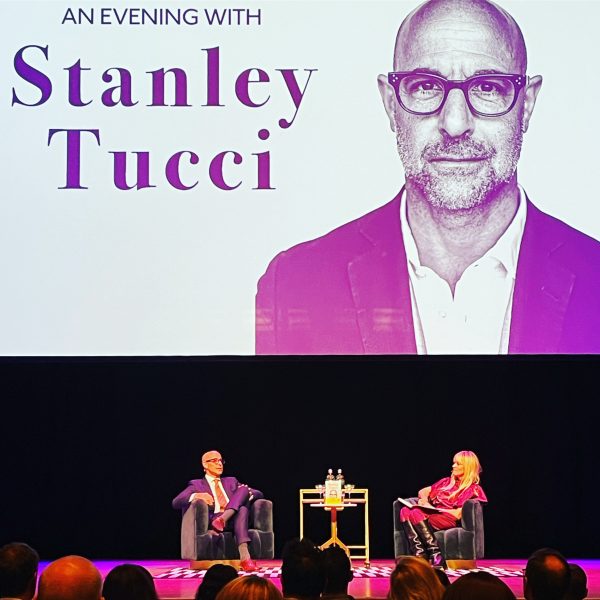 Myself and my kitchen companion Battenburgbelle were in heaven listening to Stanley talk about all sorts of things but mostly food. 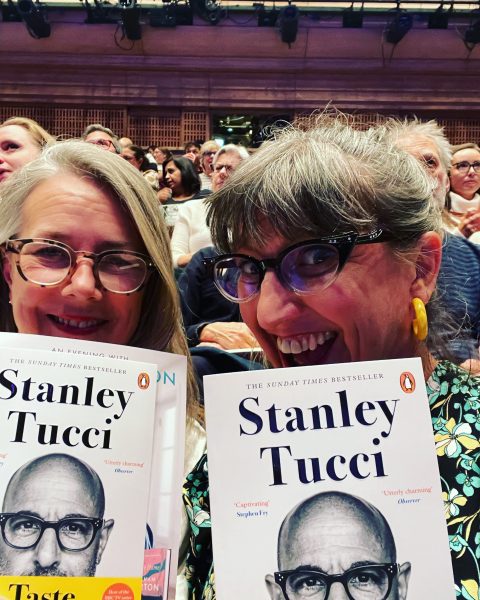 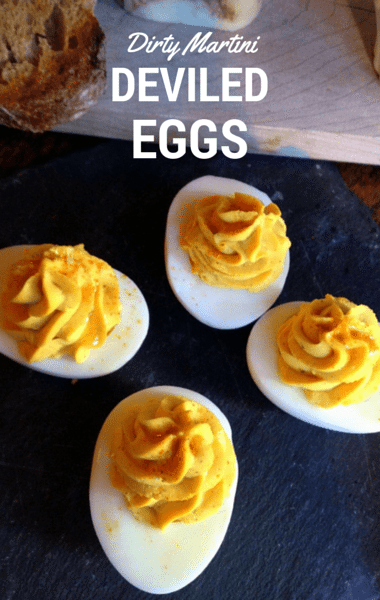 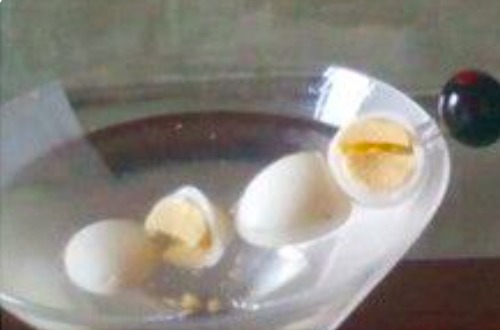 Cathy (aka Battenburgbelle) and I are cooking our way through all the recipes in Stanley’s Taste food memoir and we’ve put a few more things (quite literally) under our belts lately. Firstly, we had a lovely weekday luncheon of a frittata and tomato salad 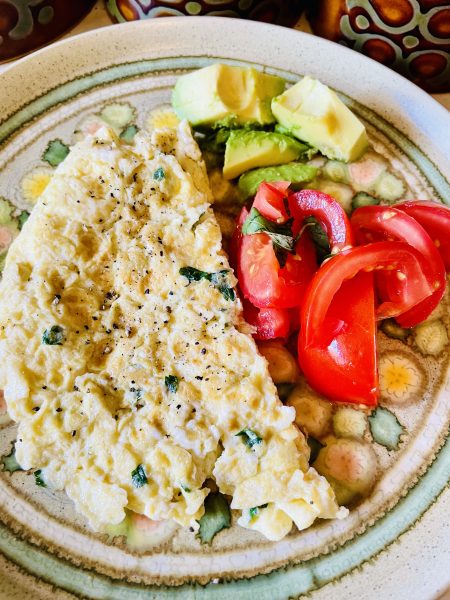 I was alarmed at the amount of olive oil Stanley recommended but it all seemed to be absorbed into the eggs and it was a rather superb frittata. Although, admittedly, we both wished I’d had some boiled potatoes to bung in it.  I had Thai Basil, which is obviously not what Stanley would use, but actually it was nice with the tomatoes. An added aniseedy tang. 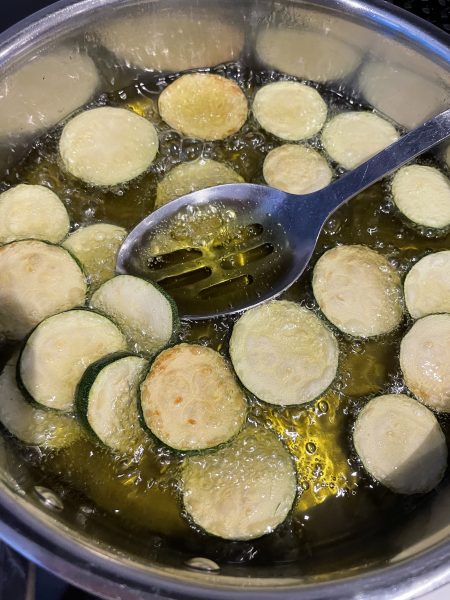 but the dish was gorgeous of course. 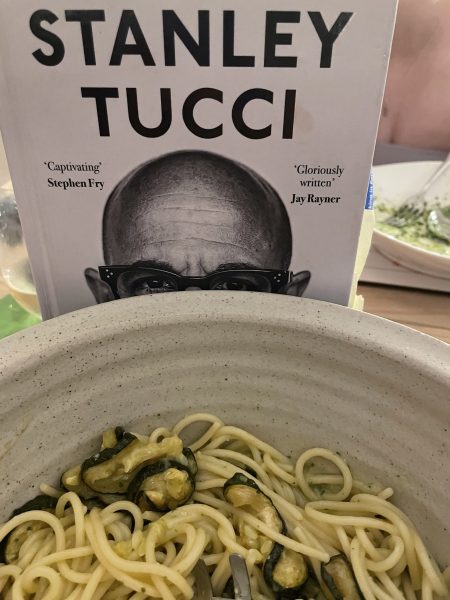 One Tuesday evening we cooked together at my place, I was in charge of the lamb chops 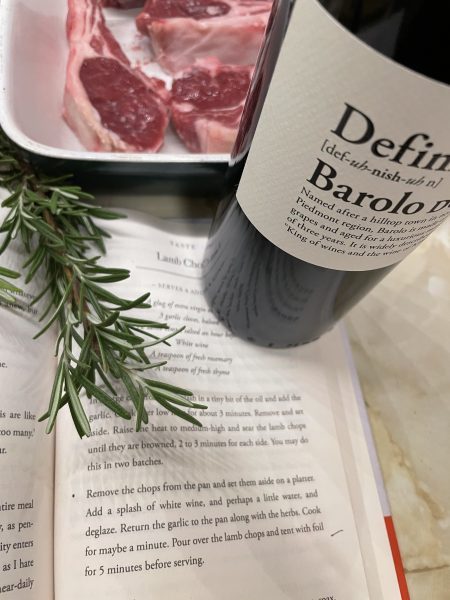 and Cathy made Joan and Stan’s (Safely) Roasted Potatoes. 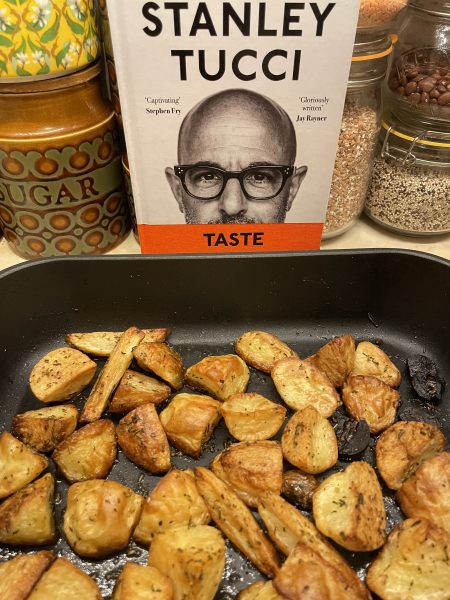 All were super delicious served with what I decided to call Peas in the Italian Style.  They have nothing to do with Italy, they are actually what Battenburgbelle has christened Peas in the French Style, but Stanley is of course, of Italian heritage so I didn’t want to mix countries on the plate if you know what I mean. 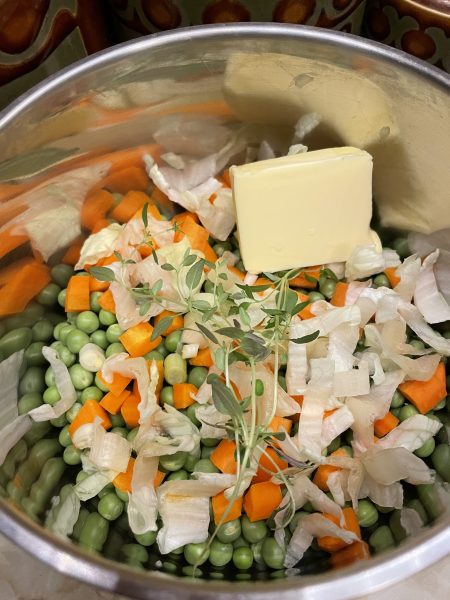 Again, I was alarmed at something in Stanley’s recipe.  10-12 lamb chops for 4 people.  As my chum Lisa Caldwell put it, “Are sheep particularly small in the USA?” My other chum Sam Kilgour told us both a story about how Stanley is well known for eating huge amounts of food and pointed me towards this video…

Hahaha, “This Tupperware is sealed!”

After Cathy and I had enjoyed our dinner with a couple of bottles of wine (despite vowing to attempt “moderate drinking”) news started coming in about the passing of the much beloved Dame Angela Lansbury.  My phone was pinging away like crazy and we unwisely decided to open bottle number three in order to toast Dame Angela.  Boy, did I have a hangover the next day, but it sure was a spectacular din-dins. Thanks, Stanley! 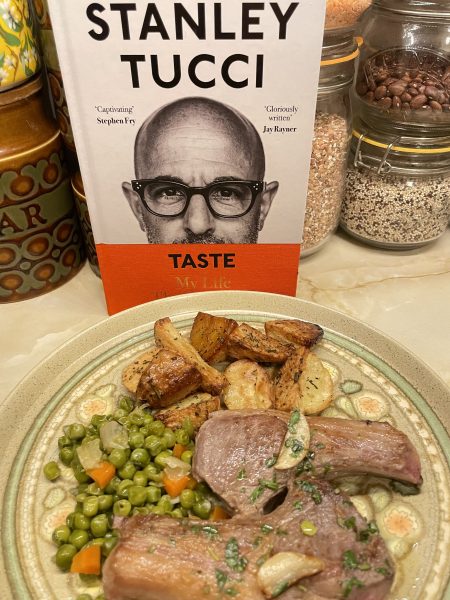 I’m not sharing the recipes for fear of some kind of copyright infringement, but I heartily recommend you grab the book.  It is SO GOOD. I now have the paperback copy as well as the hardback which is a bit daft, but everyone who went to Stanley’s live show got a copy. That book has been in the same room as Stanley!  I might do a competition to win it via my newsletter, but it will be hard to part with it for sure… 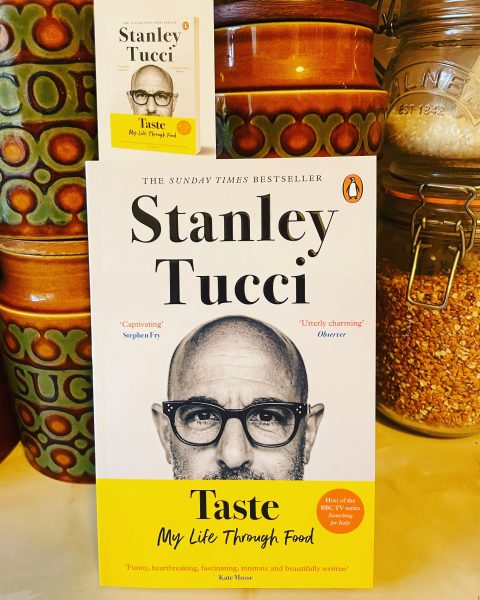 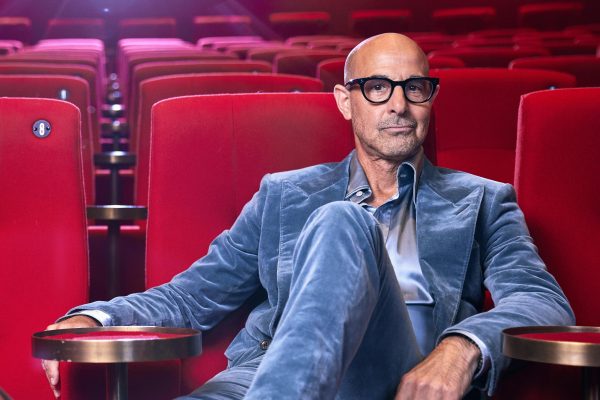