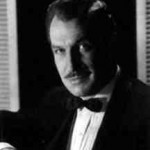 This month’s challenge over at the Daring Cooks was gumbo.  I’ve only ever cooked gumbo once before – for Rosalind and Montgomery many moons ago when I was cat sitting at the Tessa Cohen mansion.  The challenge for us UK based cooks was not really making the gumbo, but actually finding filé powder – an essential ingredient.  Found some eventually at the very back of a very high shelf in the very pricey Whole Foods in Kensington.

Last time I was in there was on a DATE.  With a heavily tattooed rockabilly that I really fancied in his Guardian Soulmates pictures but found very odd when I met him in person.  He admitted that he had lied about his age in his profile (he was five years older than he said) because women of his age were generally dowdy and didn’t look after themselves (we were the same age).  Ha ha, he followed this up by saying that I was obviously an exception.  Cheeky boy!

Anyhow, back to the gumbo.  It was good – here’s a pic.  It had shrimps in it – another pic.  I now have half hundredweight of filé powder to use up so no doubt there will be more gumbo experimentation.  Especially now I have spotted a shop in Muswell Hill that sells okra.

Blog-checking lines: Our May hostess, Denise, of There’s a Newf in My Soup!, challenged The Daring Cooks to make Gumbo! She provided us with all the recipes we’d need, from creole spices, homemade stock, and Louisiana white rice, to Drew’s Chicken & Smoked Sausage Gumbo and Seafood Gumbo from My New Orleans: The Cookbook, by John Besh.