My boss Alwyn goes fishing to relax.  When he talks about the pleasures to be had in the middle of the night standing in a river in the pitch black watching shooting stars it almost makes me want to do it myself. 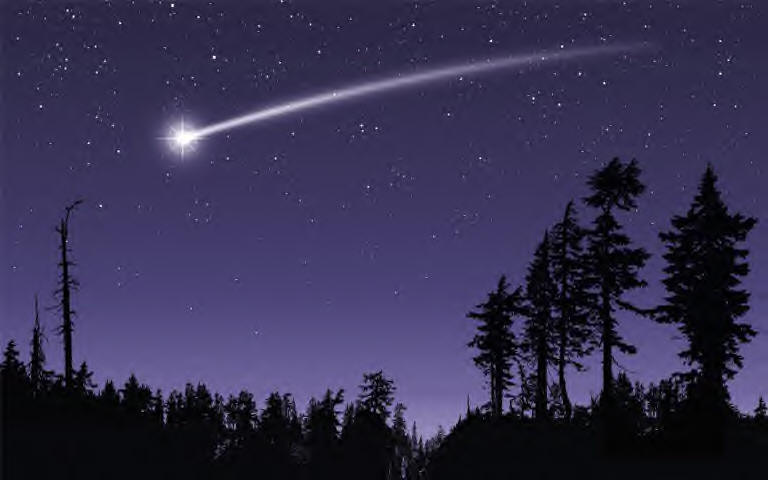 However, these days I am usually tucked up in bed by 10 pm so this is very unlikely to ever happen.  Also, he had to go to the osteopath recently after looking at the stars all night, due to a massive crick in the neck. 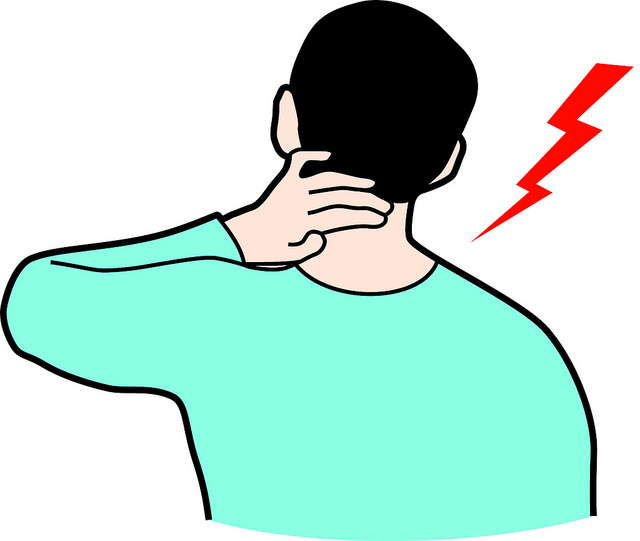 My desk-mate Lucy and I were chatting to Alwyn recently about fishing and he asked if we would like some sea trout.  Would we ever?!  We scored two beautiful fillets each 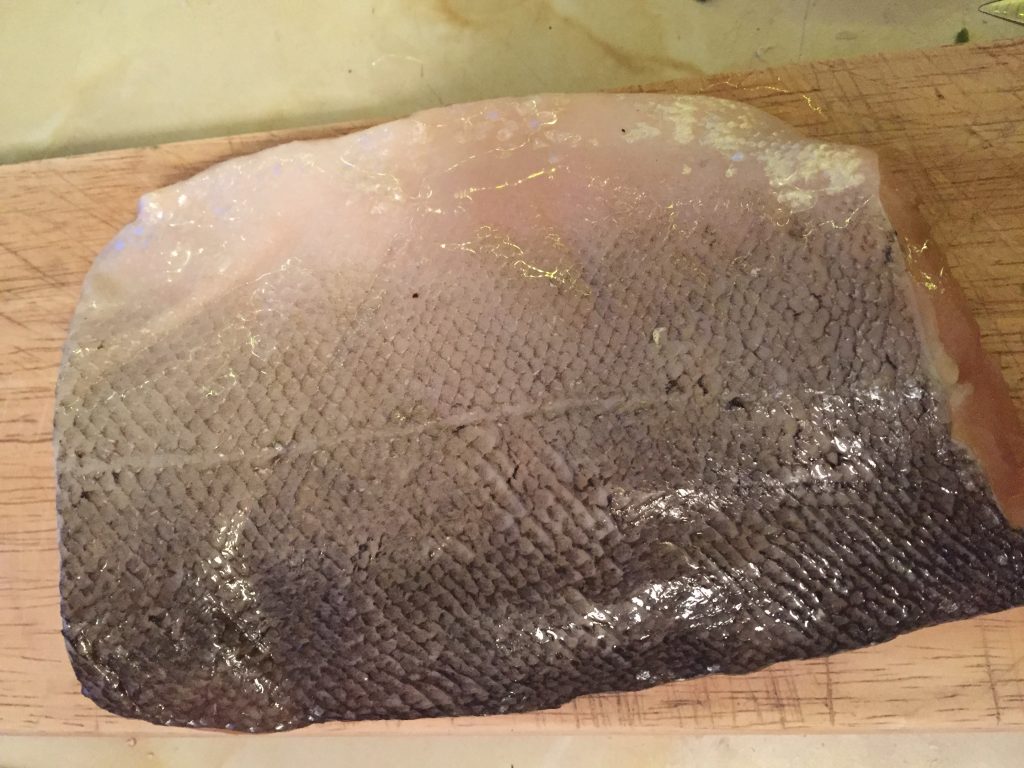 and I cooked mine in two different ways.  After advice from the man-who-caught-it not to muck around with it too much, my first dinner involved simply baking a fillet in the oven with some lemon slices 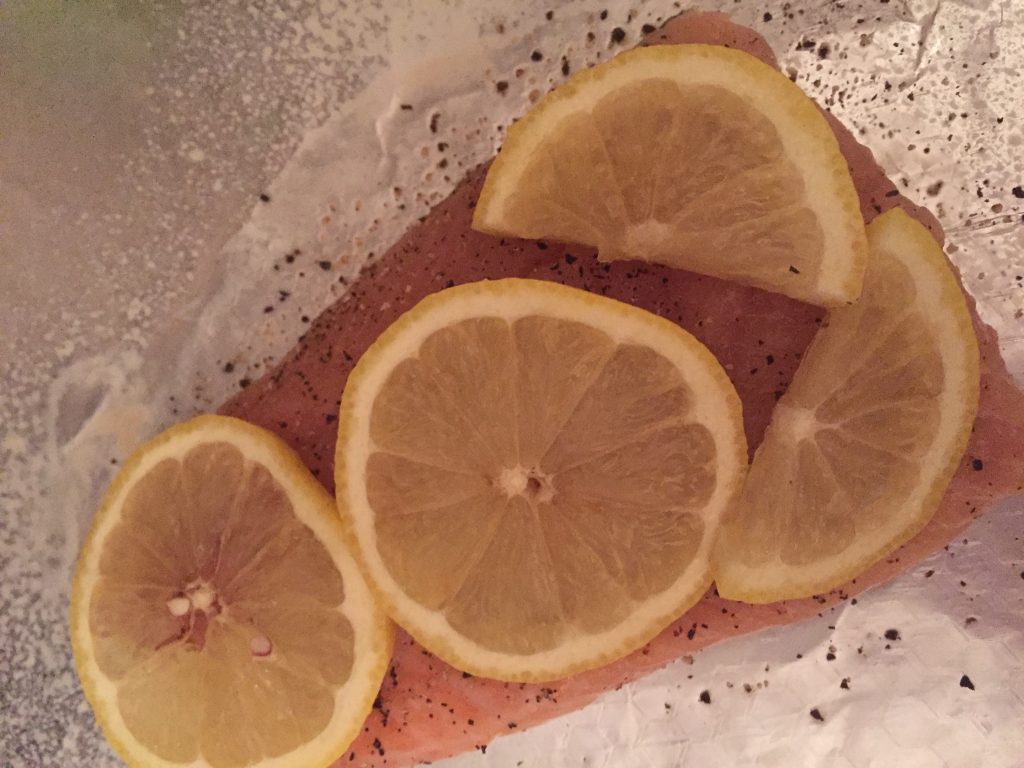 and making some hollandaise to a Vincent Price method.  My hollandaise split so this is something I need to work on.  But it did taste good with the fish after I’d bunged some on the potatoes. 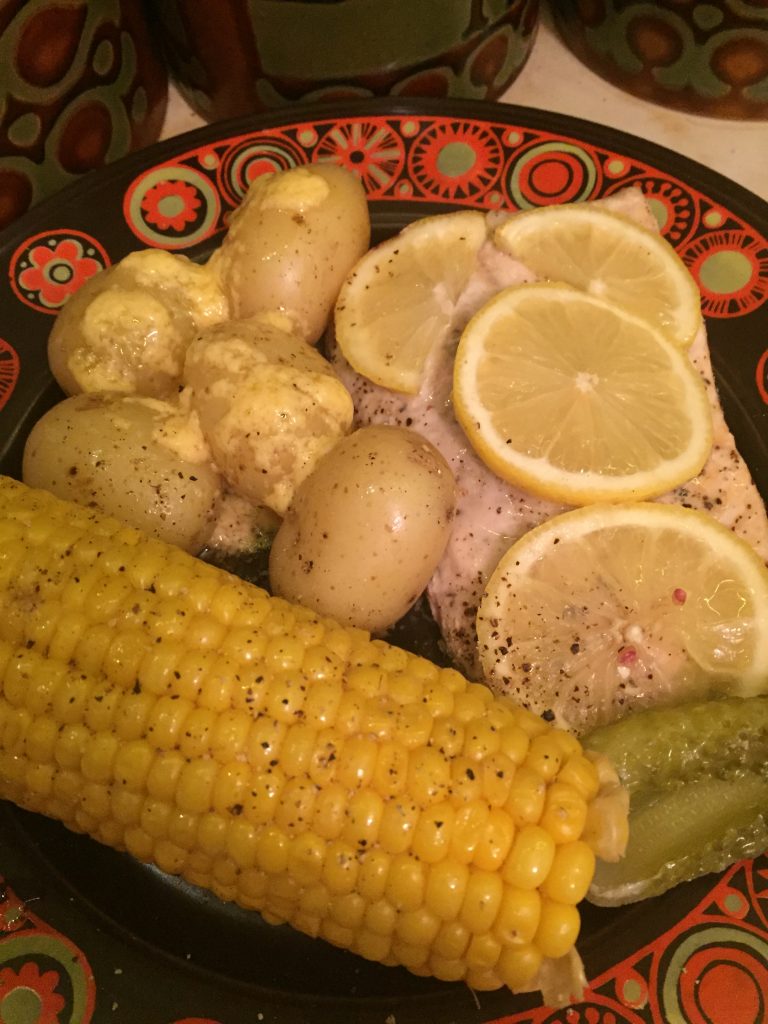 For my second fish supper, I made a dish I’d made before but can find no evidence of on the blog.  I know it’s been done before as I mark all recipes in The Treasury with a mini-post-it note when I’ve ticked them off the to-do list. 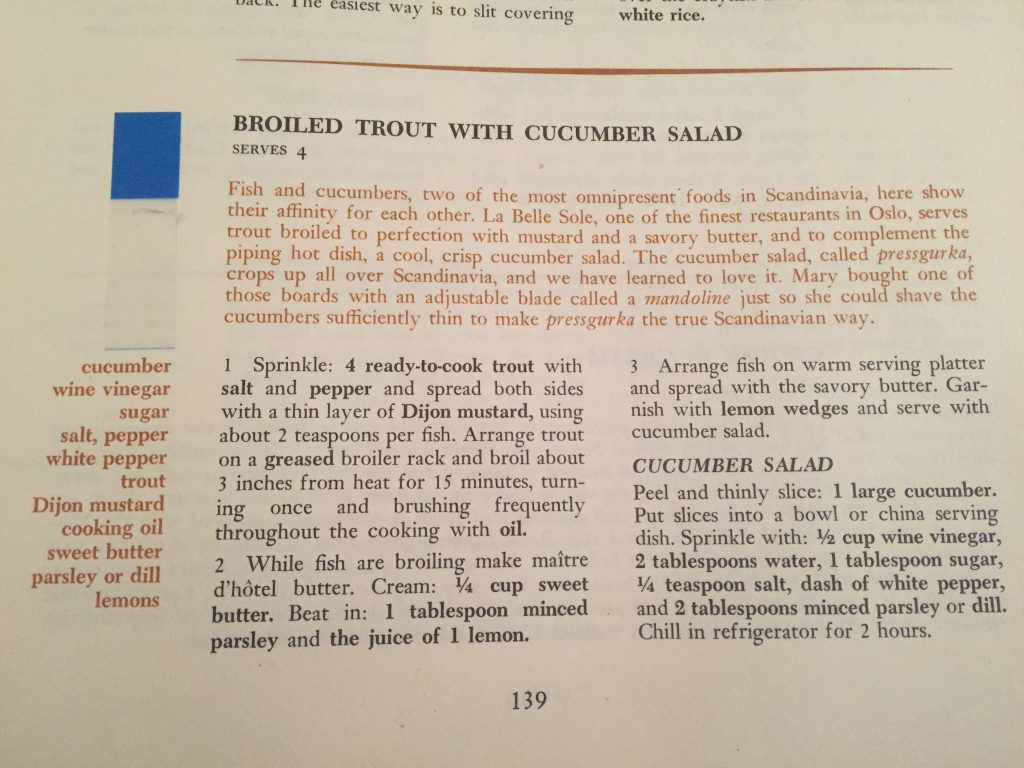 No scribbling on The Treasury, unlike most of my cookbooks.  It is a sacred tome. 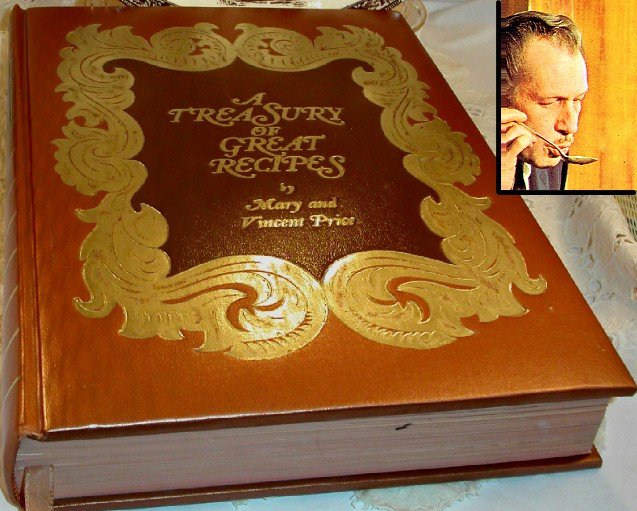 I suspect this dish was cooked up during the Vincentennial year when I pledged to make one Vincent Price recipe a week and did it too.

On the Friday night I was destined to make this recipe I also had to make a gazillion loaves of bread for my monthly pop-up bread and mustard shop at my nephew’s brewery. 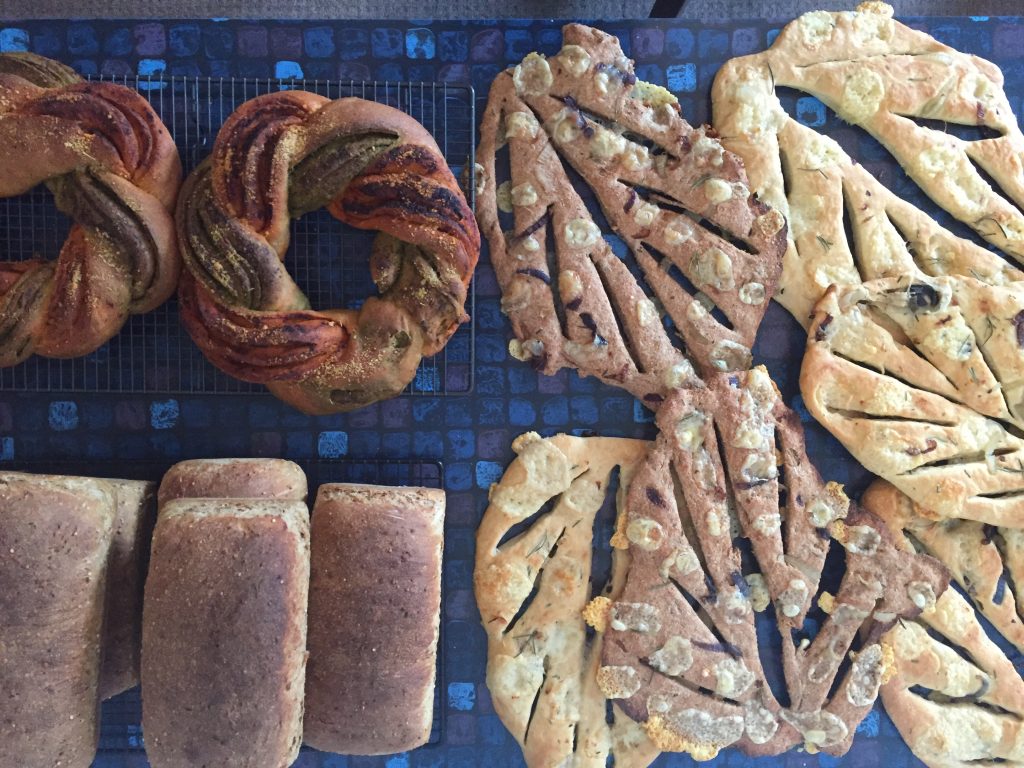 When I got home after work there was a little voice in my head saying, “you don’t have time to cook a big fish dinner, you’ve got too much to do.”  But there was a lovely sea trout fillet in my fridge that HAD to be eaten so I decided to channel Anthony Bourdain 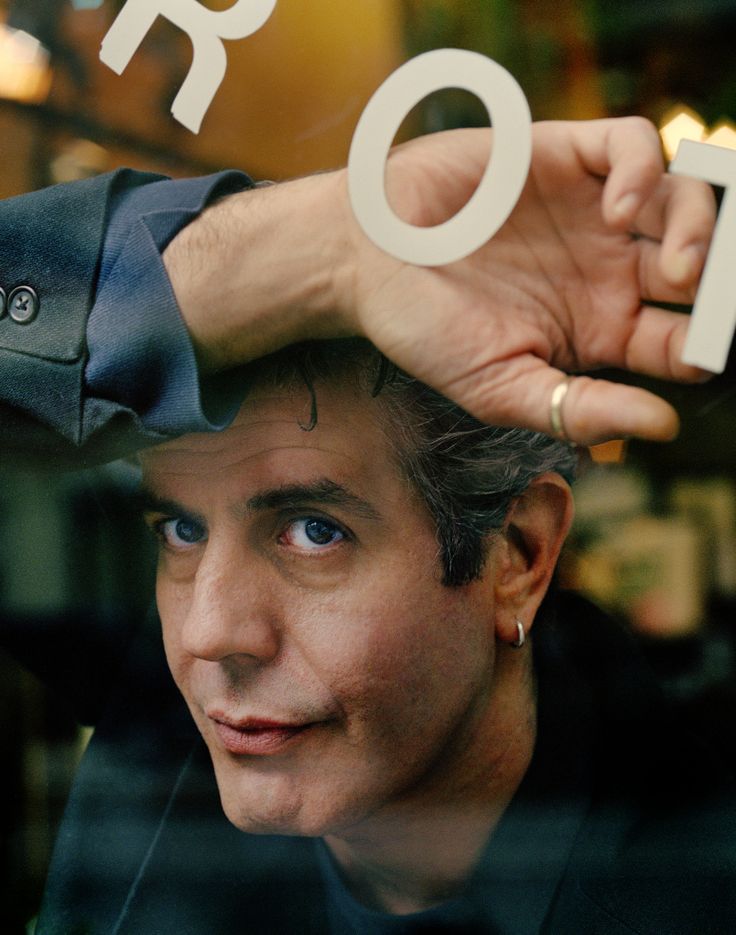 and cook as if I was in some high-end restaurant kitchen and juggling a million things at once.  I am currently reading Kitchen Confidential and it’s making me feel invincible. 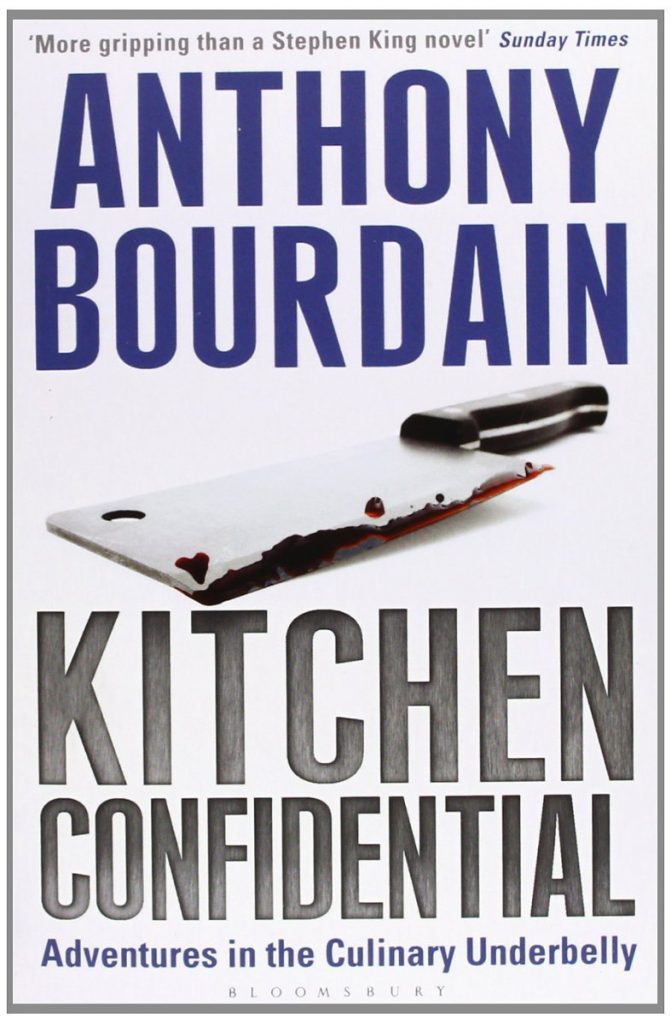 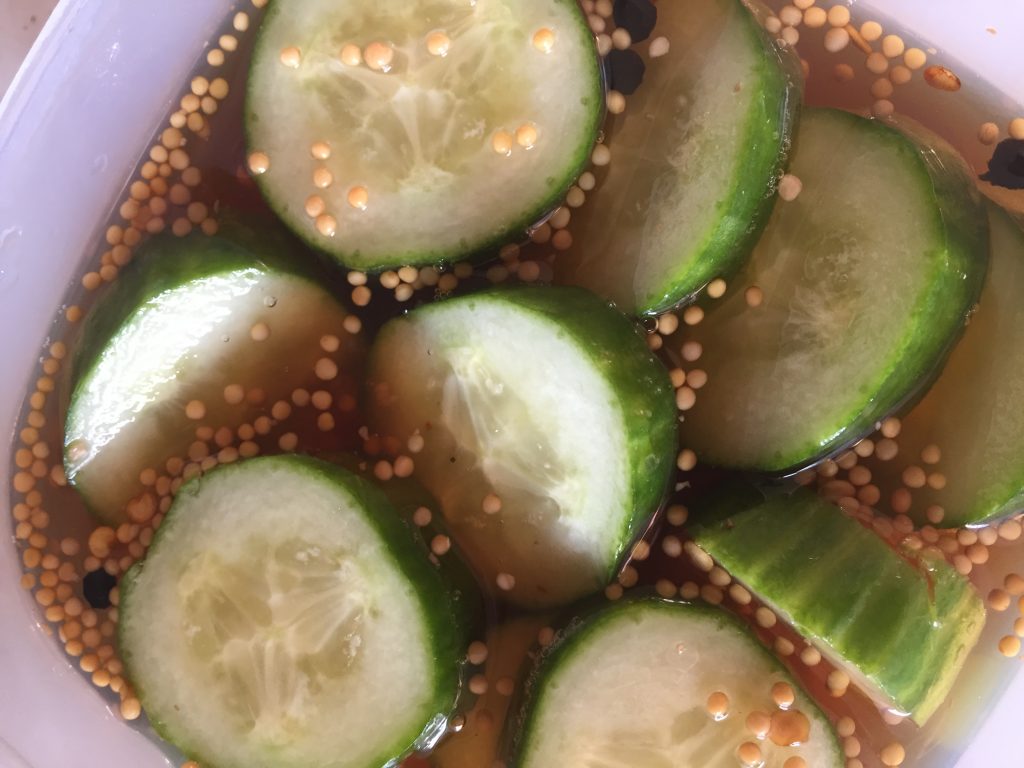 and the trout was pretty quick to prepare.  This was an absolutely GORGEOUS fishy dinner.  The mustard didn’t overpower the fish at all, I thought it really brought out the flavour.  Also, I felt very much like a proper chef with my maître d’hôtel butter. 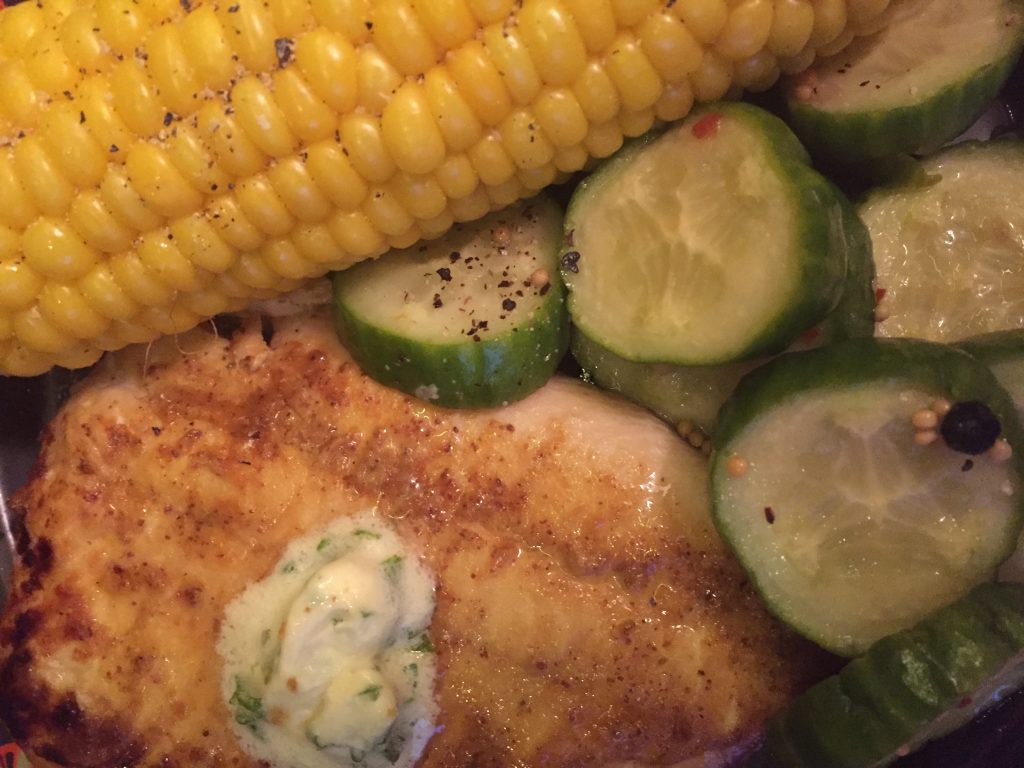 Before the recipe, I cannot resist sharing this legendary video of Vincent cooking trout in a dishwasher (although the title says salmon, Johnny says it’s trout).

Winner winner fish dinner!  This one will be going in the Vincent Price Co*Star book for sure!  Thanks, Alwyn and thanks, Vincent.  Utterly delicious. 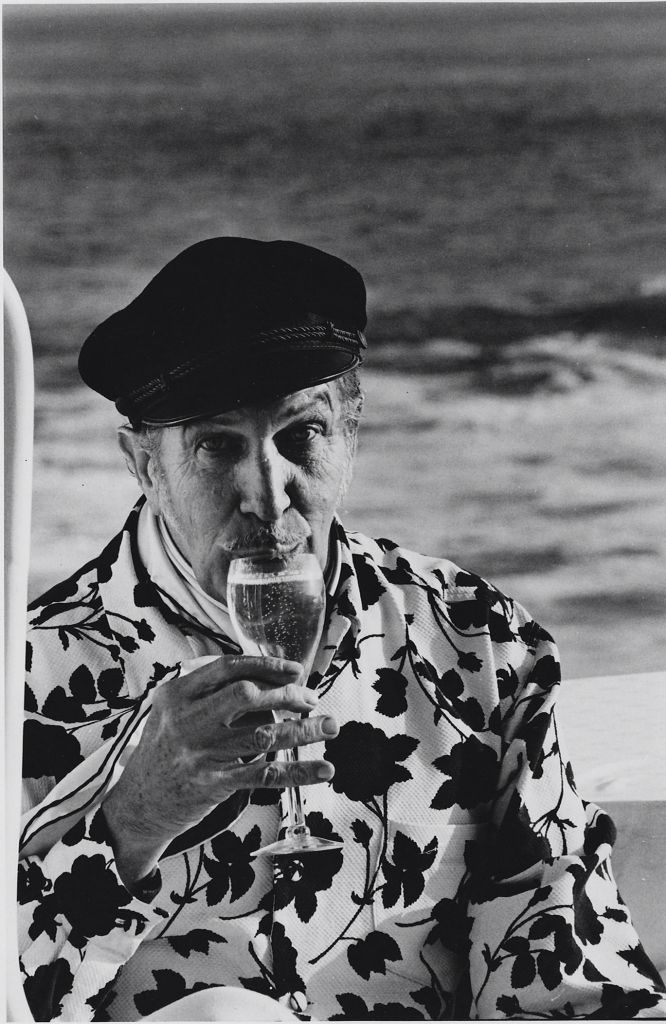