It was such fun to have a zoom party celebrating the launch of the paperback and Kindle versions of the Supper with the Stars book last week.  Peter always makes his events so much fun. 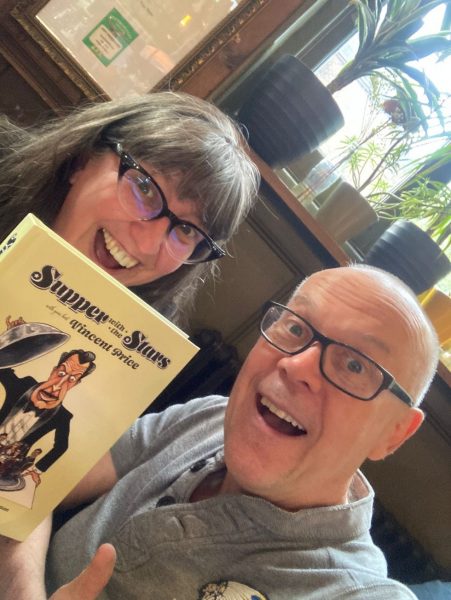 Folks brought along dishes they had made from those featured in the book including Vincent Price’s Chili and Judith Evelyn”s Iced Tea – Sou’Western Style. 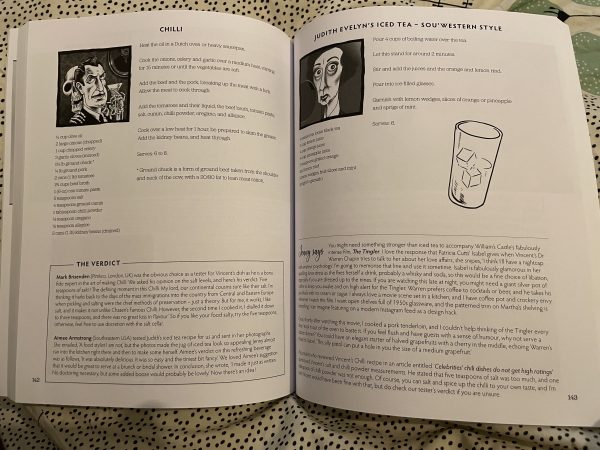 I demonstrated three of the cocktails in the book including Vincent’s Bloody Mary from A Treasury of Great Recipes. 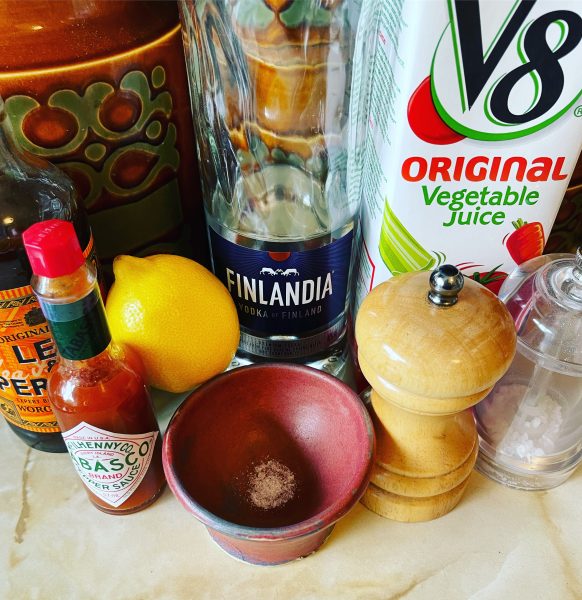 I love Vincent’s headnote, he really conjures up a lovely image of him watching a new fern frond unfurling. 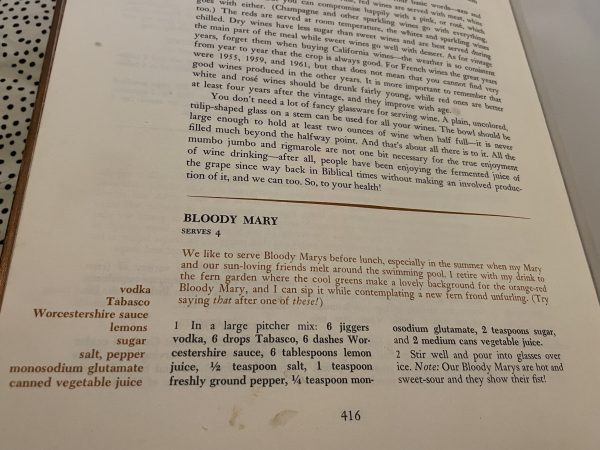 This Bloody Mary has an unusual ingredient – MSG! 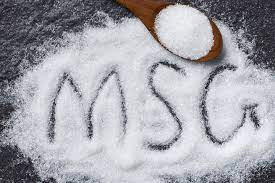 I told the partygoers how I’d needed some MSG for a Red Buttons recipe for Shrimp Tempura way back in 2011 and had eventually found some in a Thai supermarket in Camden. The smallest bag was ENORMOUS and when I went to pay for it, the cashier said, “Don’t eat it all at once” which really made me laugh. 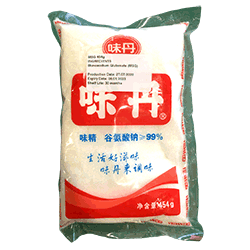 When I make Vincent’s Treasury version of a Bloody Mary for myself I only put a tiny pinch of MSG in – I like to be true to the original recipe. However, if you are not keen on the idea of MSG in your Bloody Mary, there is another Vincent recipe for them featured in the Supper with the Stars book.  This one just uses tomato juice, vodka and angostura bitters. 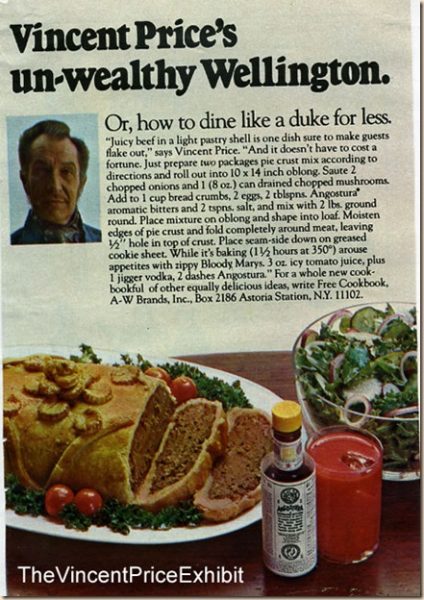 Bonus recipe of an “Unhealthy Wellington” there, which I’ve never made but it sounds good!  If you do make this, be sure to follow Vinnie’s advice and “arouse appetites with zippy Bloody Marys.” 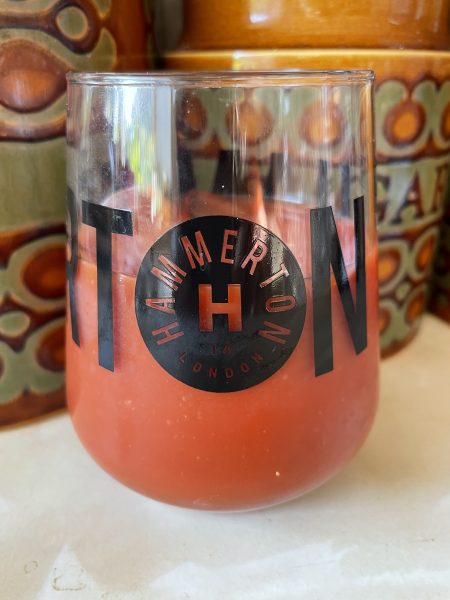 The zoom party was such fun I am planning one for the launch of the Murder, She Cooked book – everyone invited!  More details nearer the time in my monthly newsletter (if you aren’t already signed up – here’s a link).  But for now, pop this date in your diary – Sunday 2nd October 7pm BST.  I’m planning a Cookalong, but don’t worry, it won’t be lobster! 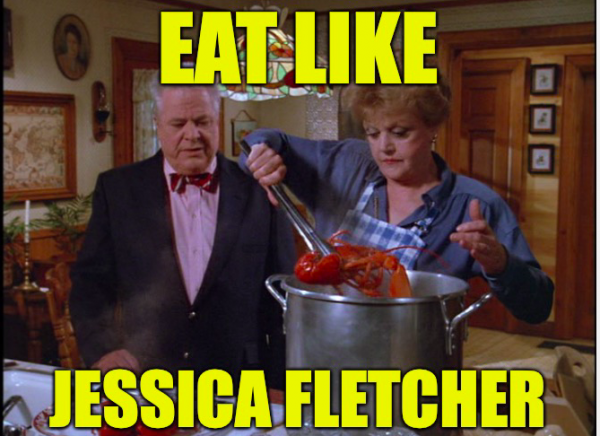