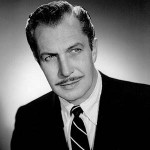 Ooooh Roland’s Rissoles were GOOD!  I have so much mixure left though.  I may attempt to make little canape rissoles for tomorrow night’s New Year’s Eve extravaganza chez Charley and Corinna.

I am so proud of myself.  It’s been a busy night.  Fed Paulette’s cats on the way home from work and tidied the place up a bit, made rissoles AND got a Goulash in the slow cooker.  In bed before 10pm.  It’s amazing what you can do when you are fueled by booze.

Tomorrow night will be a New Year’s Eve like the good old days.  The NYE tradition of watching an episode of Columbo will be reinstated – hallelujah.   Thanks to Matthew Coniam over at Movietonenews we have the episode where Columbo comes to London.  I have never seen this one so am very excited.  Also on the agenda is the magnificent and uber-traditional screening of Dinner for One.  Also an episode of Vincent Price’s “Cooking Price Wise” that I am SURE we haven’t seen before will hopefully be squeezed in and possibly the next installment of Rhoda?  It’s quite possible I’ll hear the theme song to “Peanuts” at some point during the evening (in fact I may request it). I wonder if I can persuade Charley to find the scene in Bacon Grabbers where Ollie gets dragged across the road by a dog?  I may have to get him drunk first.

It’s a bit of a stolen moment for all three of us I think.  Charley’s new girlfriend wants to go to some kind of dance / club thing and seems to be fine about the fact he doesn’t want to go, Corinna’s boyfriend is away somewhere – this was planned before they got together, and I’m a free agent.  I think it is a rare chance for all three of us to be super self-indulgent and just slouch around on sofas with blankets over us watching all the stuff we love.  I think it will be a marvellously cosy start to 2011.

Ooh, forgot to mention that Rosalind and I managed to squeeze in a “Review of the Year” before she headed off to Thailand for three months (today).  I sure am going to miss her.  We had a lot of fun going over events of 2010 and there was much hilarity.  When the category “Boys and Men ” came up we made a list of all of the encounters I have had with same over the last year.  Of the eight contenders we decided that four were suitable for something or another and Rosalind declared that the rest could be “thrown in a pit together!”  I seem to remember her shouting, “NO MORE IDI AMINS” at some point which only makes sense if you have met Mr Mayfair.

Something has come out of all of the analysis that happens at this time of year.  I have decided that I shall only get involved with the following kind of man in 2011.

a) someone that I am really keen on

b) someone that is really keen on me

Either one will do.  No half measures!