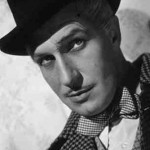 Oh how I am loving the spinster life!  Had a fabulous day today.  Wallowed in bed with coffee and The Archers until 11.15 then made myself some Fritters for brunch.  Yum yum yum.

Mooched up to Alexander Palace to go and see my friend Shane’s art installation.  Fully intended to quickly show my face and skedaddle quick home to get back to my chores – this plan was thwarted.  Shane’s work involved six sewing machines in a circle.  The general idea was that each person at a machine would form part of a chain working on a textile art piece.  It was a glorious day under the glass dome, the circle of machines was topped with a canopy of draped fabric that had been created over the previous few days.  It was absolutely lovely. I chatted with Shane for a bit and I revealed my fear of the electric sewing machine.  I’ve got my mum’s old hand cranked Singer but have never used an electric one – Shane expressed surprised at my reticence to have a go.  Before I knew what was happening, I was in the circle, folding, smocking and overlocking.  What fun.  Feel the fear and do it anyway!  In action….

Spent most of the rest of the day working on the book and doing lots of  housework (aarg). An ex-boyfriend is coming to stay on  Friday which is making me feel like I ought to spruce the place up a bit.

Charley rescued me from the horror that is the religious half hour on R2 with a bottle of wine and a mind to conquer the jigsaw.  He really made me laugh when he suddenly noticed my 1970s wine coasters yelling, “I’ve got one of these!” amazed at the coincidence.  I said, “Yeah, you have probably got the one I’m missing from my set”.  To which his response was, “Those were mine” (we were together for 8 years so this is a constant comic in-joke refrain).  I know full well that those coasters are  MINE, MINE, MINE.

When he left later he suddenly noticed that I was wearing odd socks.  One black with pink spots, one navy blue.  I more or less had to run around the flat to get away from him as he was claiming ownership of the blue sock.  It’s about ten years since we were in a relationship and it’s true, many of my socks are at least that old, but I know for a FACT, that this particular blue sock was one that I acquired during a long haul flight!  Ha ha!  Endless joy living a stone’s throw from someone with whom I can laugh like a lunatic about ridiculous nonsense such as this until David Jacobs signs off at midnight.