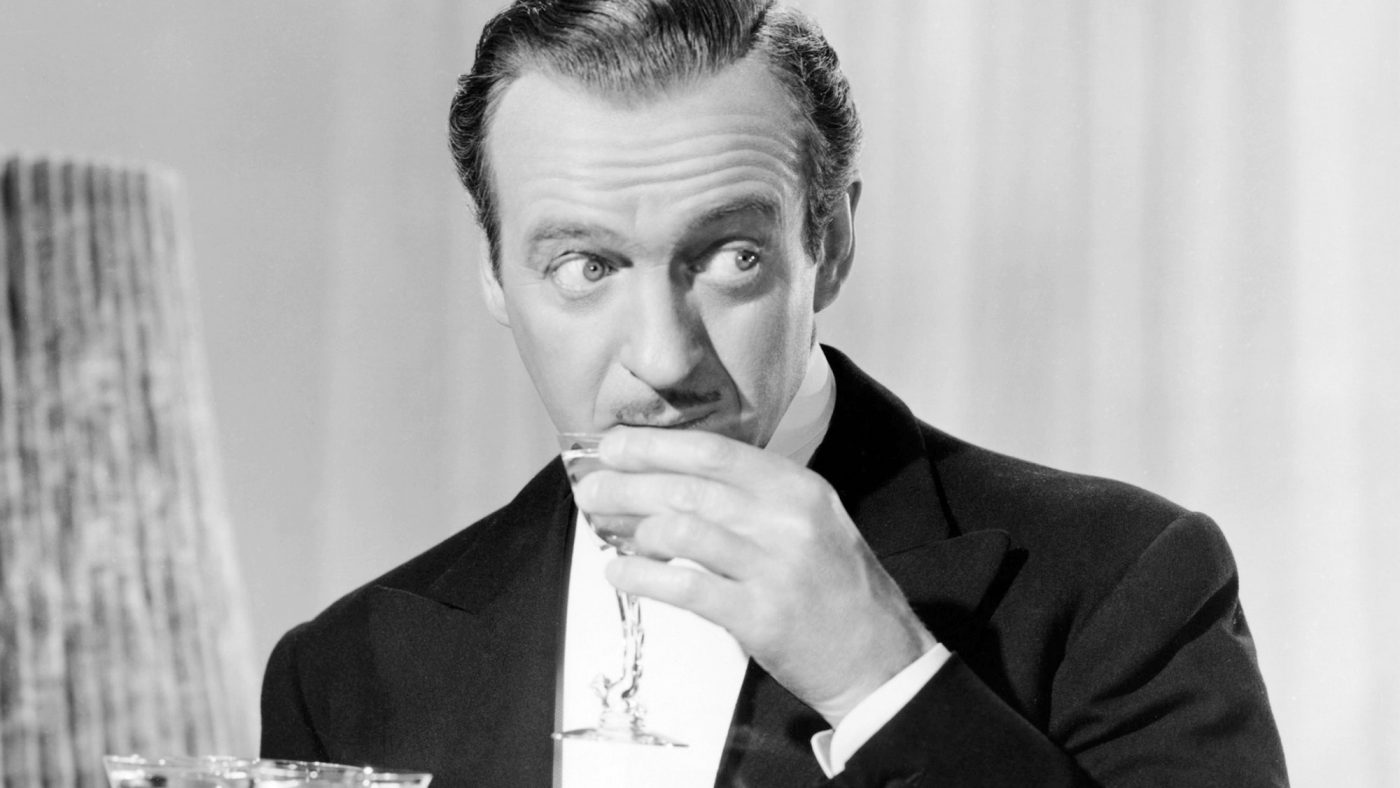 This is the dish that pops into my brainbox more than any other when I am craving something super delicious for dinner that won’t take ages to make.  It’s a side dish really, but I can eat a massive bowlful on its own with nothing else.  It is a tip-top comfort food.  You can use anchovies from a tin or jar, but if you can get your hands on something like this, even better. 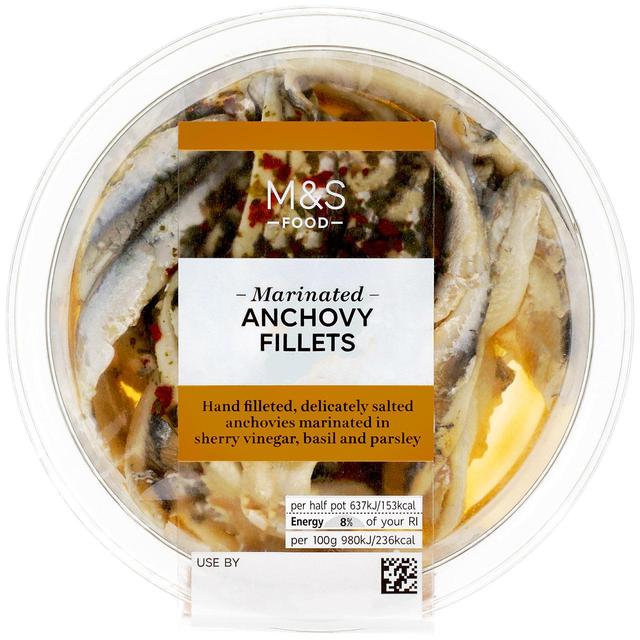 To be true to the original Swedish recipe, pickled sprats seem to be the fishy most appropriate, but here in the UK I’ve never seen such a thing.  So I go for whatever anchovies I can get my mitts on.  These are good too. 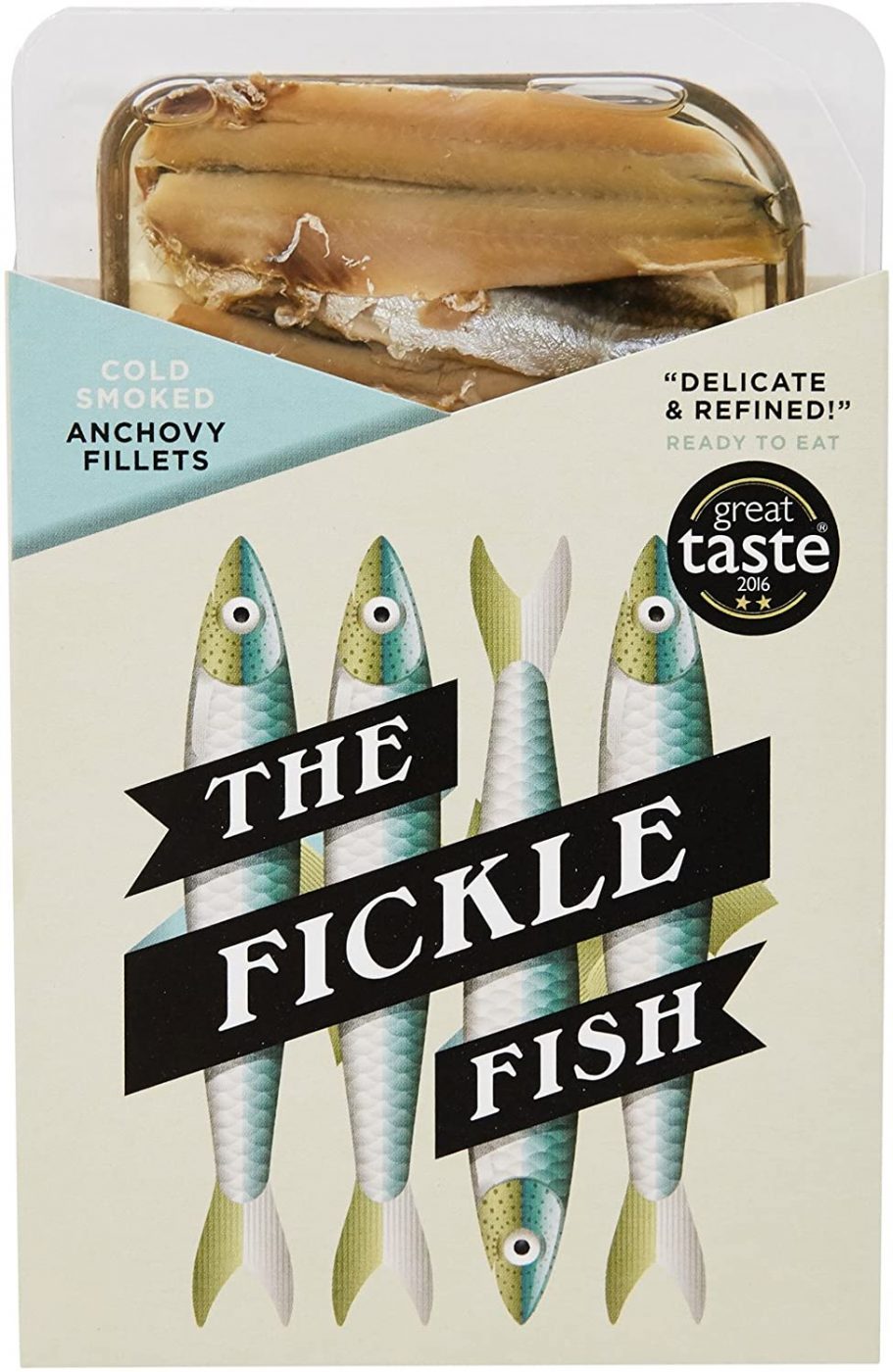 I’ve discovered the perfect receptacle for a 2 portion batch of this delectable dish. 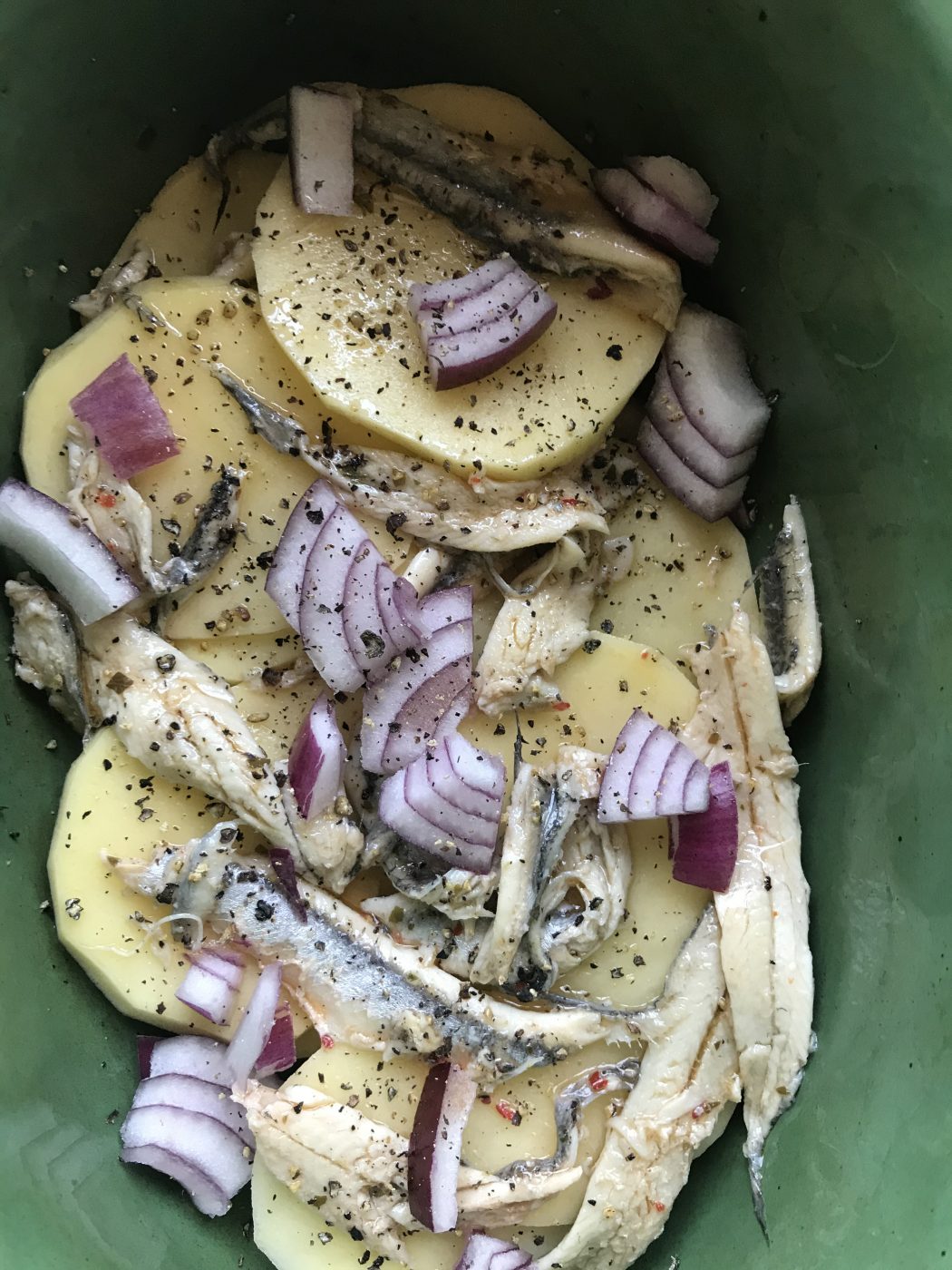 It’s a lovely green vintage enamel pot with a lid that I bought from eBay without looking at the measurements.  I thought it would be big enough to bake a loaf of bread in, but it was about 1/3 of the size I was expecting.  No matter, behold! 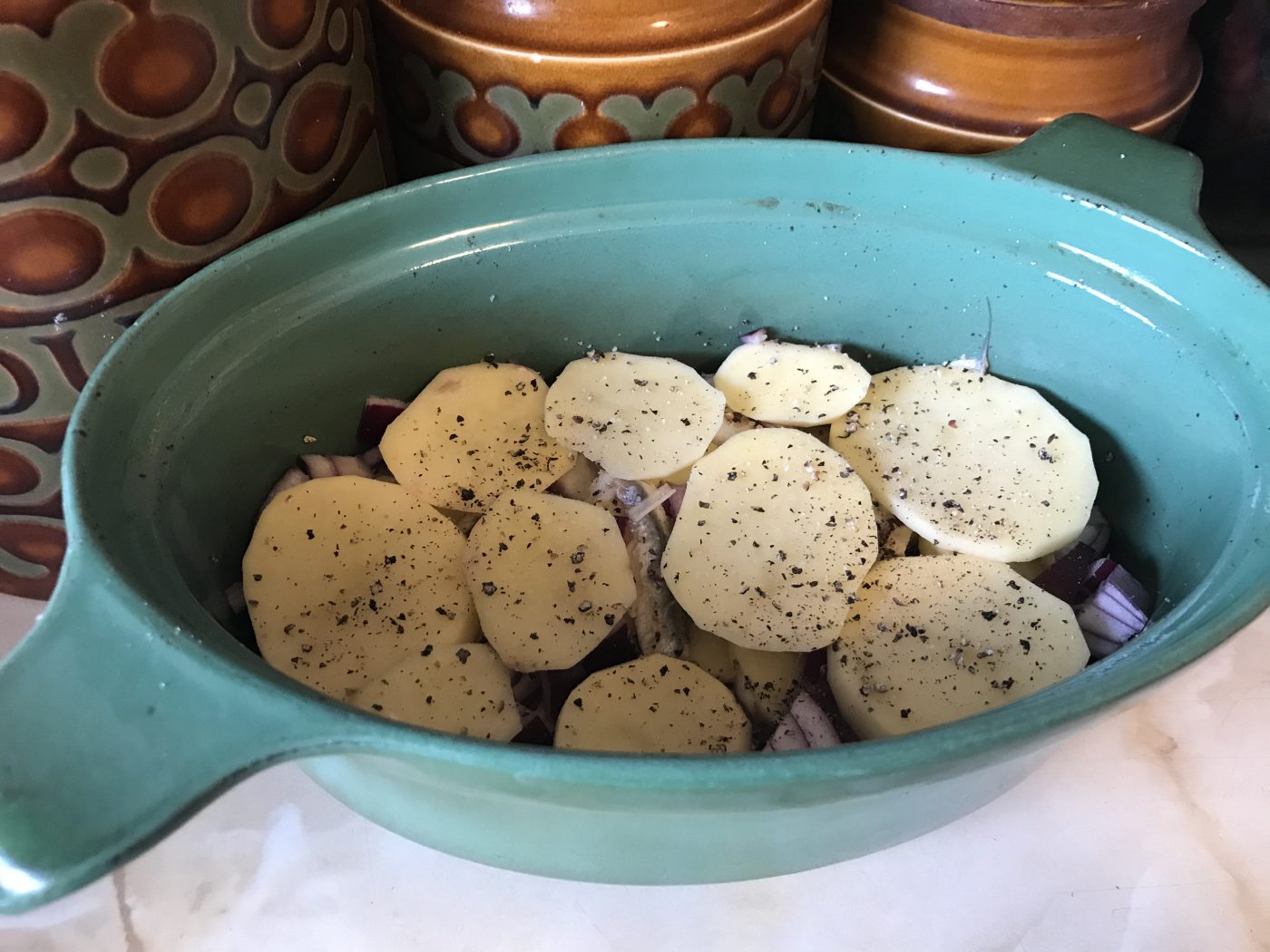 I do love it when I discover the right tool for the job after it has been hanging around unused in the cupboard for a couple of years.  I hereby announce that my little green casserole dish is now officially the Jansson’s Temptation dish. 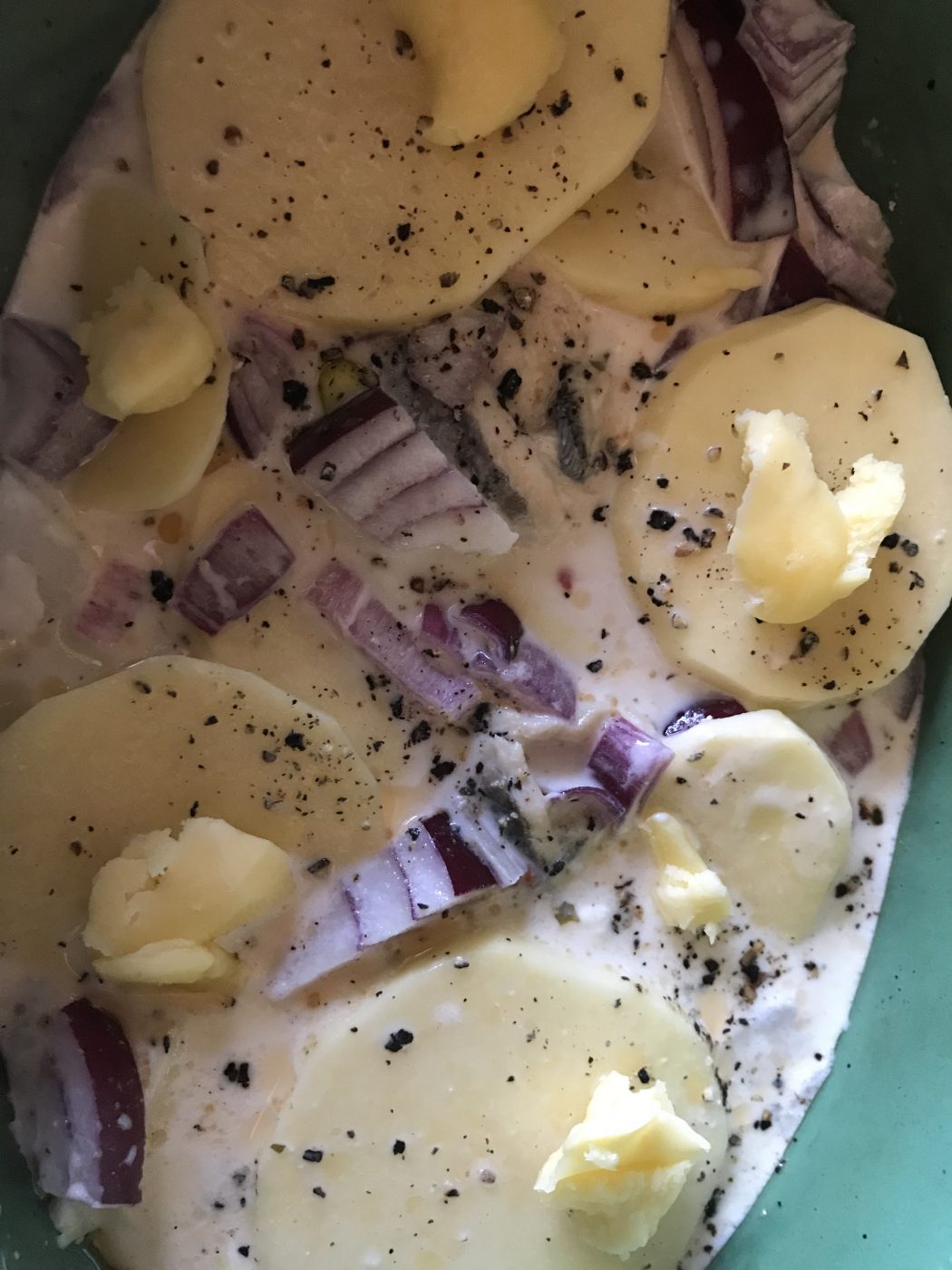 For some reason I didn’t take a photo of the finished loveliness after it came out of the oven but no doubt I’ll be making another batch of this soon in my little green pot and I will pop one in this post.  Until then here’s a photo of a full sized dish of David’s recipe I made in a big enamel baking tin. 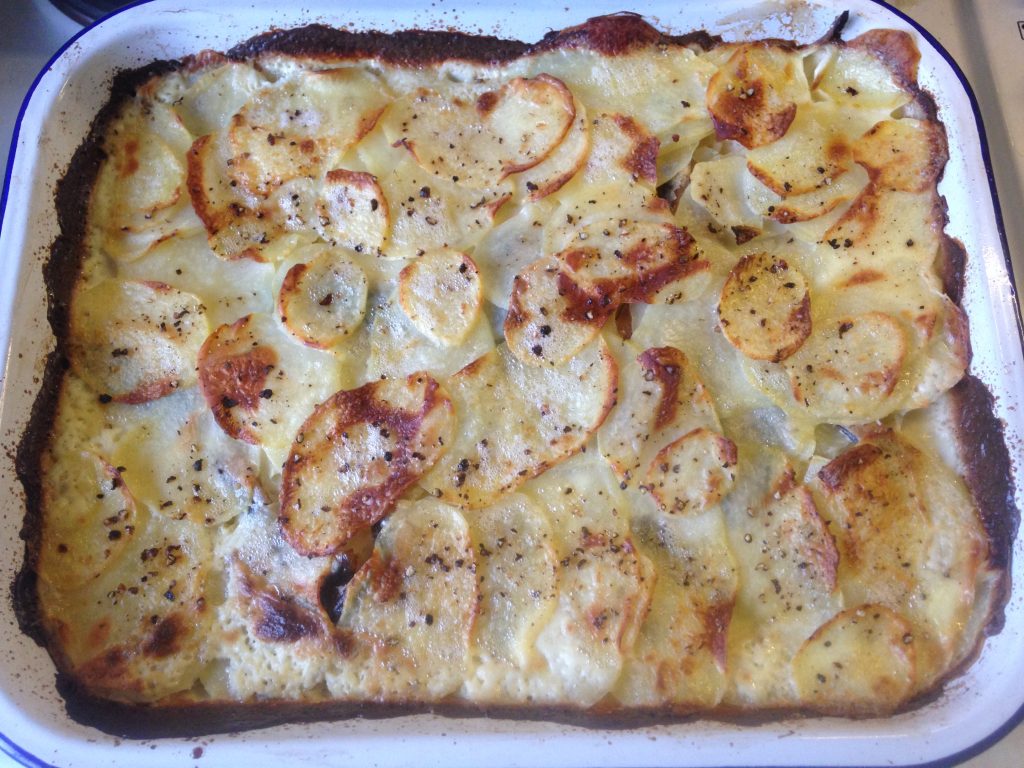 Sometimes I use brown onions when I make this, sometimes I use red onions.  Sometimes i try and eat a sensible portion, sometimes I eat far more than I should, straight out of the pan I cooked it in.  Sometimes I make half of the recipe and eat the whole lot all by myself. Standing up.  I can’t help it, I LOVE THIS STUFF. 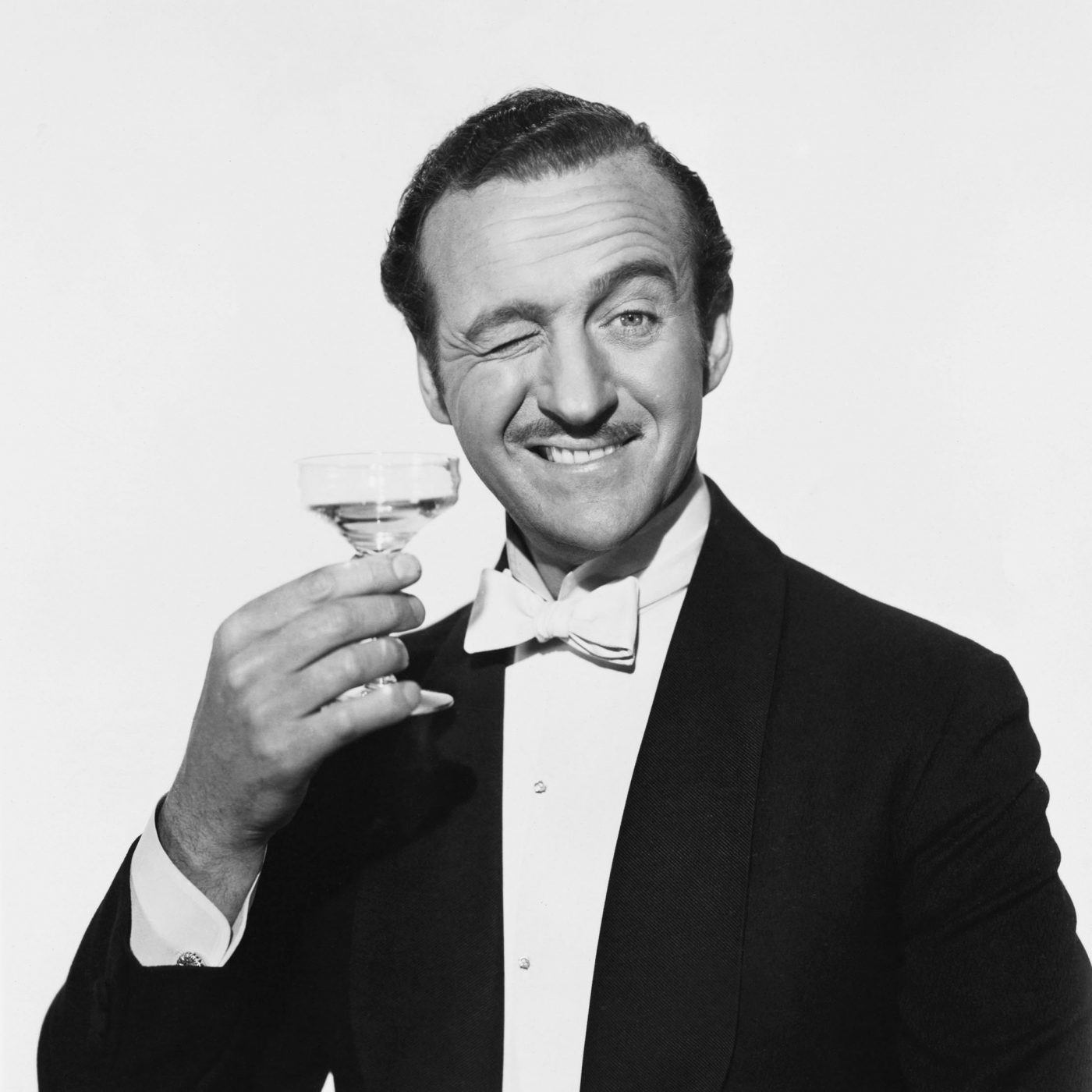 Before the recipe, here’s a fab bit of Niven storytelling about a Christmas party he once threw in Hollywood.  ‘We invited Clark Gable to come to dinner.  We’d asked Viveca Lindfors too, and she brought her mother who couldn’t speak English. Clark asked, “What do I do for the old bird?” And I assured him the best thing to do was give her a whole umbrellastand full of schnapps.  A little while later when Clark asked Viveca’s mother, “Have you been in the country long?” she went completely berserk, got up and sang for one hour!’

Man, wouldn’t you love to be invited to David Niven’s house for a dinner party?! 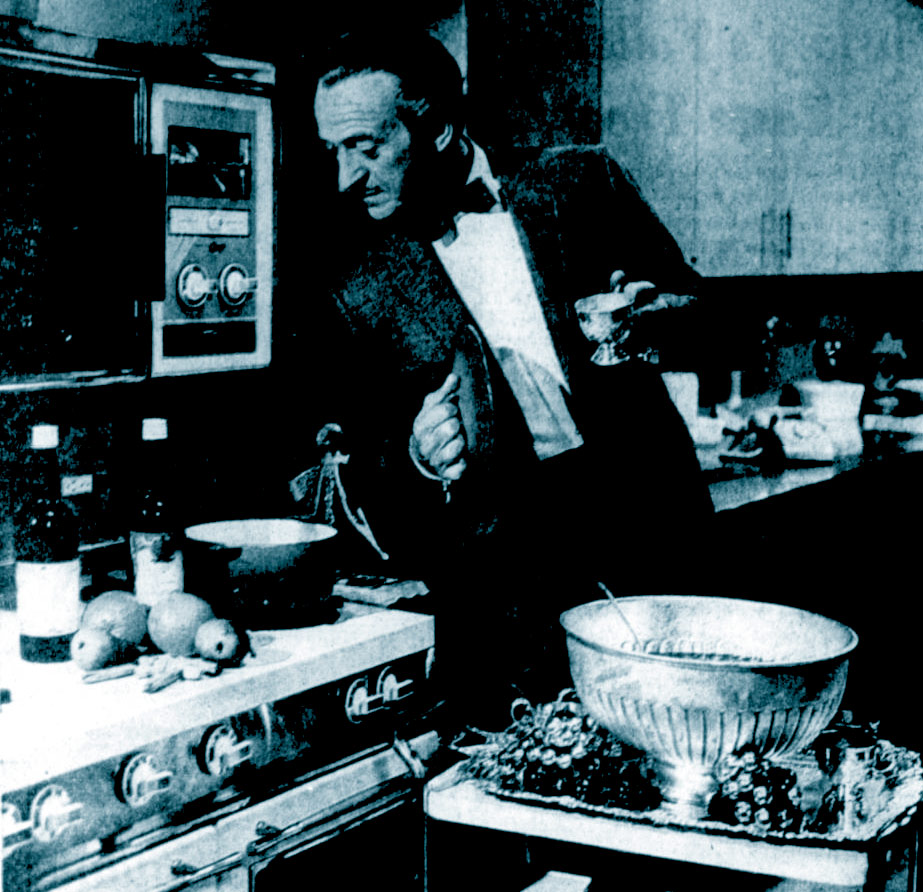 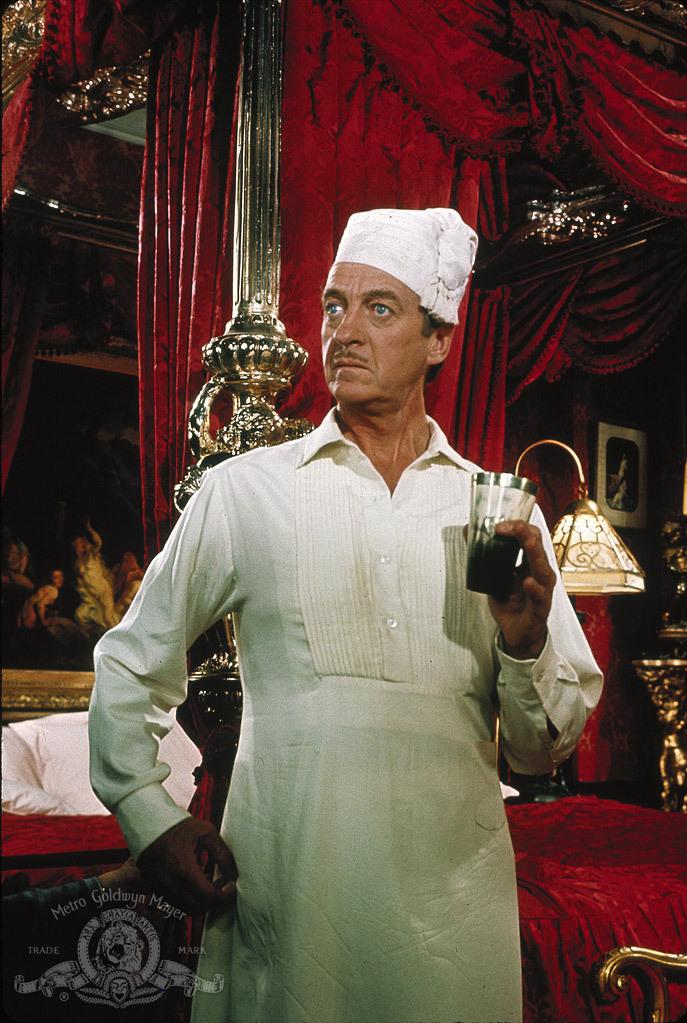