I had SUCH a lovely surprise in the post this week.  Lovely food illustrator Miriam Figueras sent me this AMAZING illustration of  Columbo in his chef’s hat! 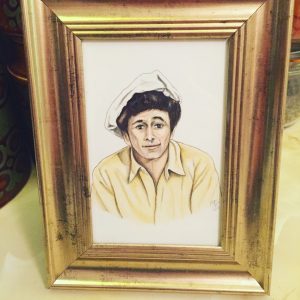 Isn’t it wonderful?  He will forever be in my kitchen, keeping an eye on my cooking.  Thank you so much, Miriam.  Such a sweet and thoughtful gift.  I am considering him my good luck charm for the book launch.  Perhaps Miriam has a crystal ball?  Columbo in his chef’s hat will feature on the back cover of the book!  I’m not going to reveal it yet, suffice to say that Greg Swenson of Recipes for Rebels has done an amazing job.  Like me, he’s tweaking things right up until the last minute, but we are almost there… 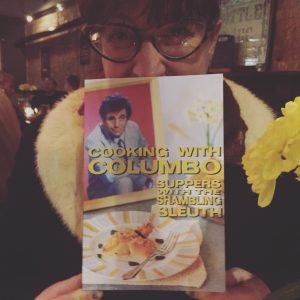 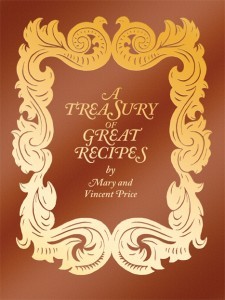 That was such a wonderful day.  Miriam and I had been pen-pals for a while before that.  She has a lovely, lovely cinema bog called Cine Gratia Cinema so do follow her there.  I just nipped over there for a quick look and I now know a lot more about Alan Ladd than I did when I woke up about an hour ago! 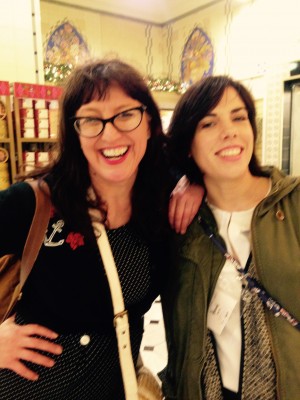 Me and Miriam
Miriam volunteered to cook the dish that Lieutenant Columbo himself rustles up in the episode Murder Under Glass.  I have watched this cooking sequence many, many times and have written up the recipe for the book.  It’s the very episode that features Columbo in his chef’s hat! 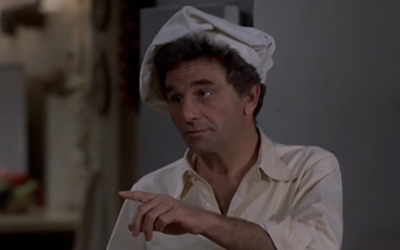 Miriam wrote the following, “I am so happy to be finally writing you about Columbo’s recipe because I had so much fun doing it and enjoyed the whole process so much. From watching the episode again to actually making the recipe, it has been a beautiful experience for me. Plus, contributing to a cookbook!”  Yay!!  My absolutely favorite thing about the writing of this book has been receiving reports from all around the world from folks who have tried the recipes.  It’s been so much fun.
Oh, also getting things like this out of the blue from Greg has also been a source of great happiness! 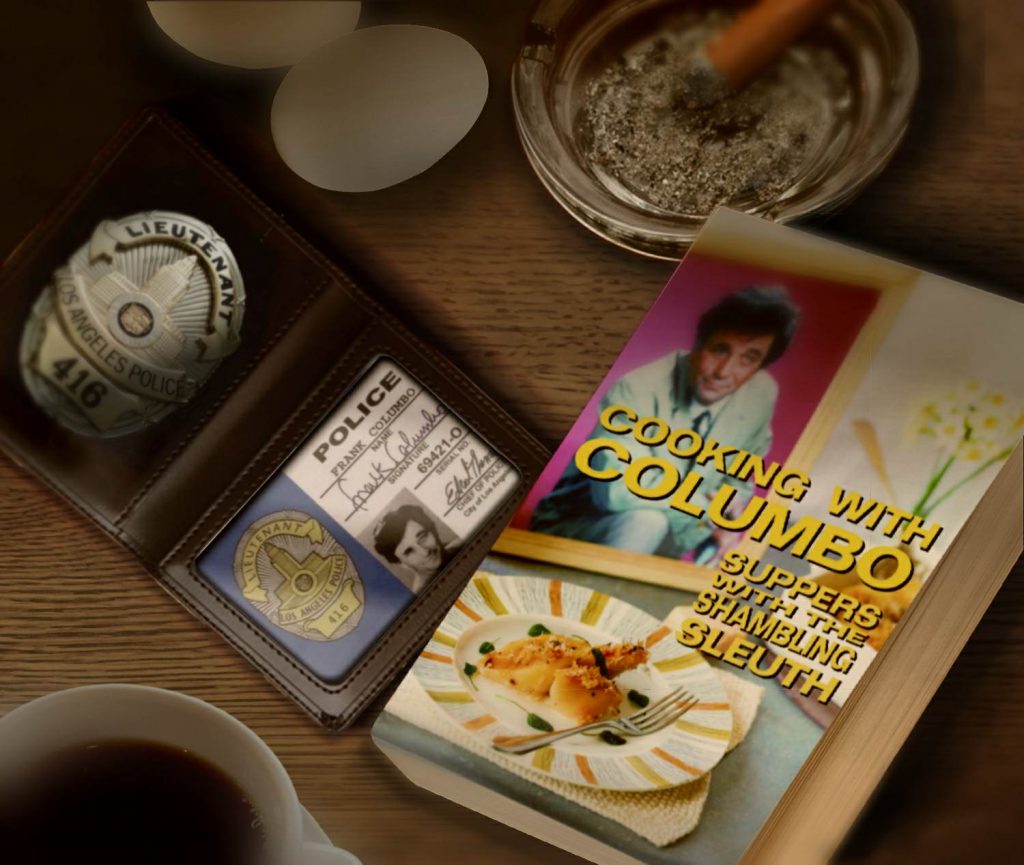 I LOVE getting photos from my test cooks because I am extremely nosy and I like to see the different ingredients found in different countries and absolutely love getting little glimpses into kitchens all around the world.  Miriam’s kitchen is in Barcelona, and I’m intrigued by the yellow tray!  I wonder what is going on out of shot? 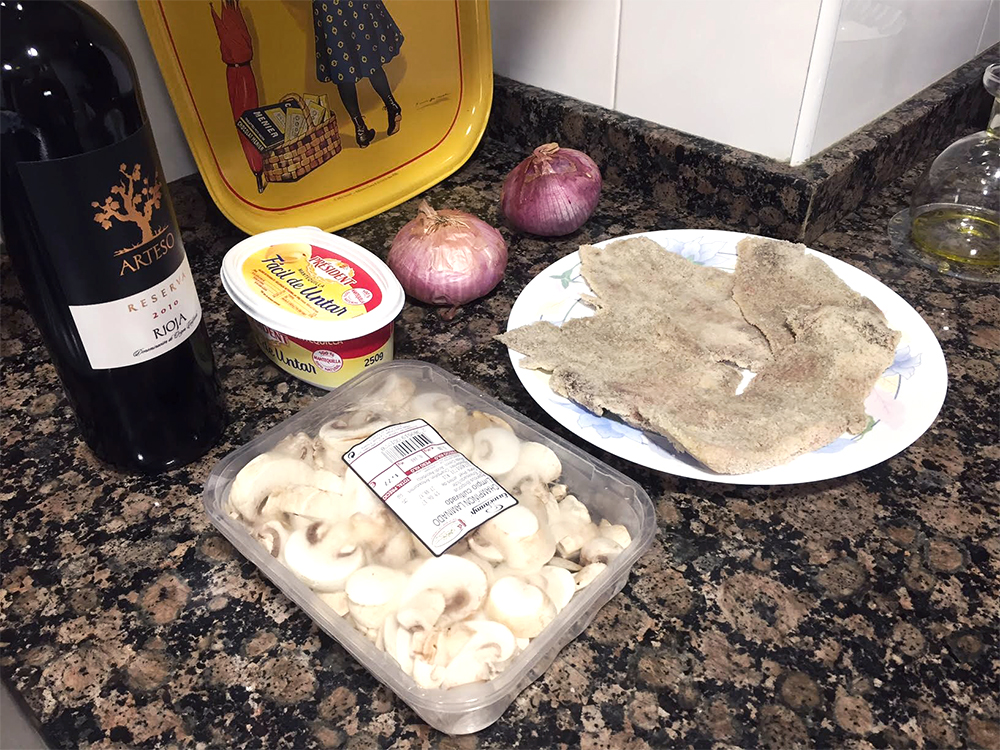 Miriam gave great feedback about how I’d explained the method the Lieutenant uses to cook his scaloppini.  The medium of television squeezes down the prep time for this dish so Miriam’s recommendations for some extra cooking time were excellent and I have incorporated them into the book.
As with another recipe in the Columbo cookbook (Nancy Walker’s Chicken a la Nancy) my aversion to mushrooms was spotted by a test cook!  Miriam used lots more than I recommended in her version of the dish.  This photo gives me the heebie-jeebies! 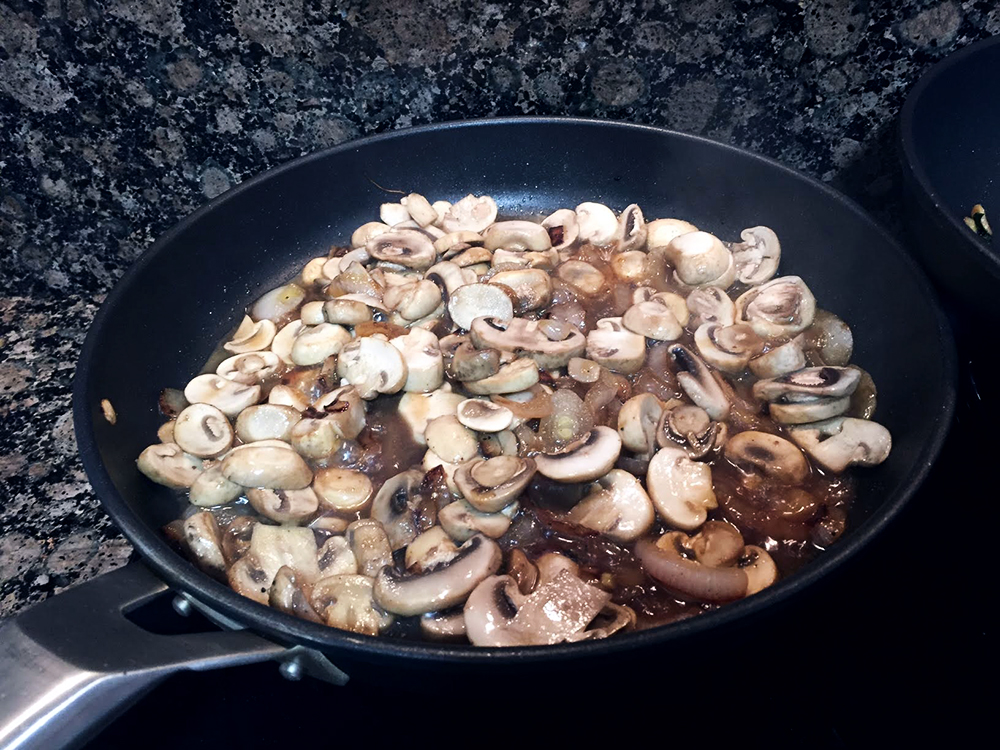 Miriam’s butcher in Barcelona has ready bashed and breadcrumbed veal scaloppini – I am JEALOUS! 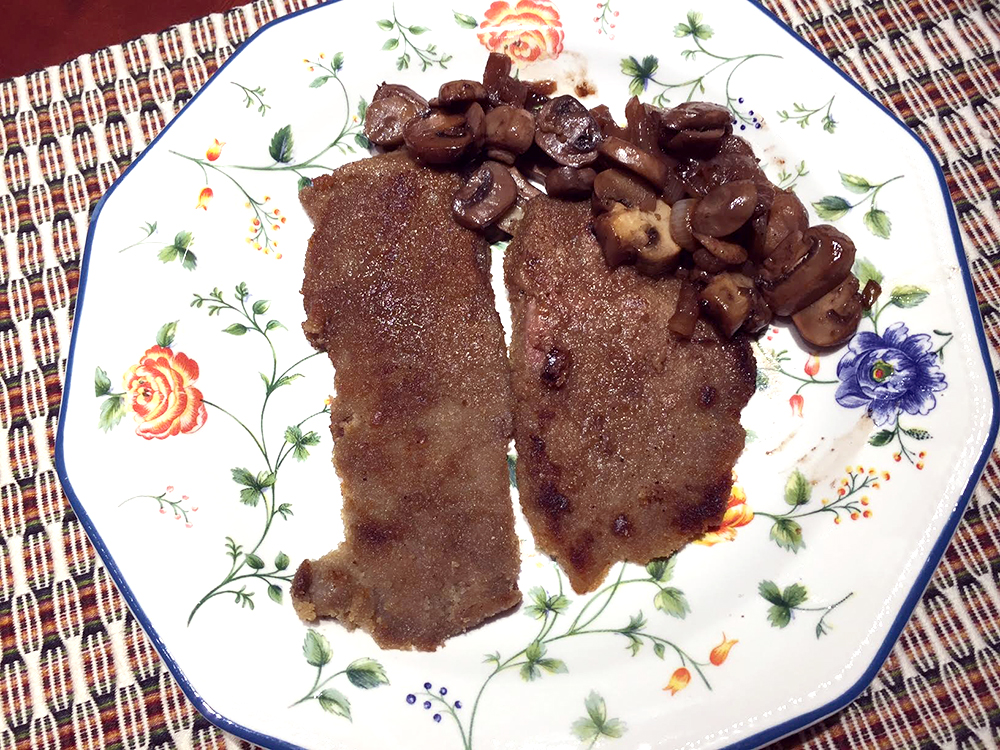 This photo makes me want to have veal scallopini right now (it’s 7.45am).

I loved this quote from Miriam “I shared it with my mum, for our mutual love for cooking, films and, in this case, she loved Columbo’s tv series and character. She said that “the real mystery was why we hadn’t cooked veal escalopes like this before! If only Columbo could see us!”

Thank you so much, Miriam, for testing this recipe for me and sending such useful feedback.  I really love my framed Columbo illustration, it was such a lovely surprise and had me smiling from ear to ear outside the post office.
Oh, as the Lieutenant would say, just one more thing…  Miriam sometimes does live Instagram streams showing her working on food illustrations.  I cannot recommend tuning into these highly enough.  It is fascinating and meditative to watch a cabbage taking shape!  Miriam is @miriamfiguerascaudra on Instagram – if I spot an alert popping up, whatever else I am doing I tune in…. 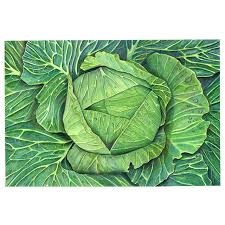