I’m getting very excited about my Taste of the Silver Screen workshop at the Hippfest Silent Cinema Festival in Bo’ness in Scotland on Sunday.

I’ve been doing lots of maths to work out how many slices of bread I need for 250 canapes, and roughly estimating how many capers are in a standard sized jar.  I will be demonstrating three film star favourites and then folks can make their own versions.  I think there are two places left – don’t forget your tupperware!

I’m going to be talking a bit about film star cocktails, and as I don’t want to fall foul of any licensing laws, I’ll be serving up non-alcoholic Shirley Temples.  She wasn’t a silent star of course, but all my silent star cocktails are very boozy! 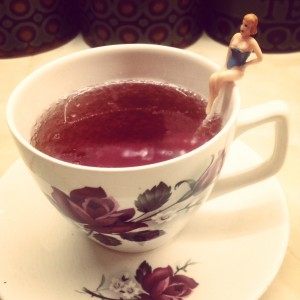 I decided to make a couple of “test” ones last night to see how much grenadine was appropriate.  There are lots of recipes around the internet.  Some call for ginger ale, some 7-up or lemonade, some for a bit of both.  Greg of Recipes4Rebels has written a lovely post about Chasen’s – thought to be the place where the recipe originated – so I went for his version.

But I must admit, I used Crabbie’s Ginger Beer (alcoholic) – and when the girls found out it was boozy, there was a bit of a party! 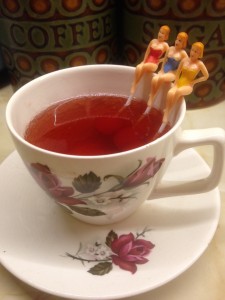