You know when you see recipes in a magazine and they specifically say that it’s something that is perfect for a weeknight dinner? Well this one definitely is. I got home at 7, rustled it up for me and my chum Heather, we ate it and washed up, and were both in our own homes, in our respective beds by 10pm! 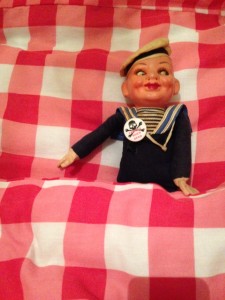 Now THAT is a weeknight dinner. 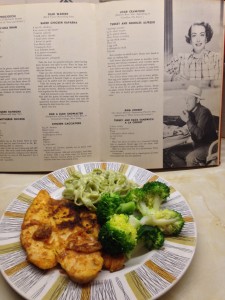 Heather had this first time around way back in 2010, and we both agreed then and now, it is delicious, but you do feel as though you are carrying a noodle baby around afterwards. This time I made it with tagliatelle, which was a very good idea. Heather (who lived in Italy for ages) said something along the lines of “well everyone knows what Fettuccine Alfredo is” (well no, I didn’t until I made Robert Mitchum’s version). So I’m guessing the perfect noodles would be fettuccine (trickier to get than you would think in the UK) or at a pinch tagliatelle. Italian readers, feel free to pitch in! 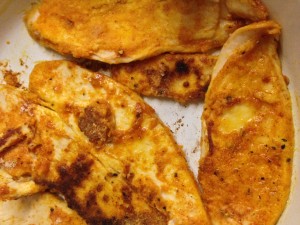 We discussed whether this would be a good recipe to offer to those participating in the forthcoming Joan Crawford Virtual Reality Dinner Party but Heather said that “short of having a cattle prod” hosts would find it hard to keep their guests awake afterwards to watch a movie. This dish might be good if you are trying to get a good night’s sleep though, definitely. Heather has challenged me to put the sleep app on tonight as she is predicting a 100% sleep. If I remember I’ll do it, and report back. 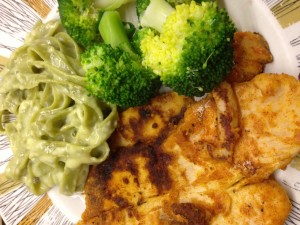 We initially worried that we hadn’t cooked up enough noodles (we had a “nest” each) but actually it was plenty and the thick slices of turkey I got from the the Morrisons deli counter were really, really delicious. Here’s an idea of the ratio of paprika I used to flour. I just guessed it, using sweet paprika rather than hot paprika. 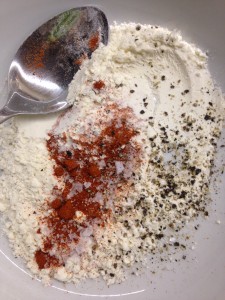 I actually made almost the same amount again to coat the turkey steaks as they were pretty big, and they were very good and flavorsome with paprika.  I quartered the amount of butter and cheese in Joan’s recipe for two of us, and it was plenty.  I’ll make a note in the book that for those watching their waistlines, even less might be appropriate.  Myself and Heather however, lapped it all up, almost quite literally.

Heather tells me that the nests of pasta are called “Pugno” in Italy – a fist of noodles basically. When I was super impressed by her knowledge she said, “I know shit like that. Italian innit?” 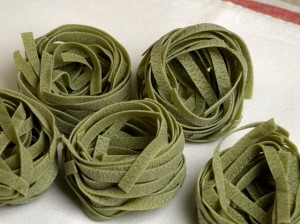 To that my response is just this: pignole nuts!

It was so very lovely to have an impromptu dinner guest turning up with a tailor’s dummy, chowing down with me, then disappearing into the night requesting a “Noodle Baby On Board” badge for the bus. 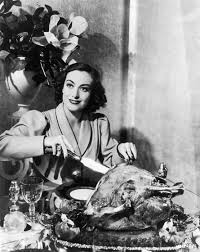