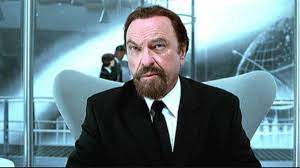 Crikey, I had to get in the time machine and travel back to May 2019 to find the photos of this trip me and Mr R took to Edgware with an egg. 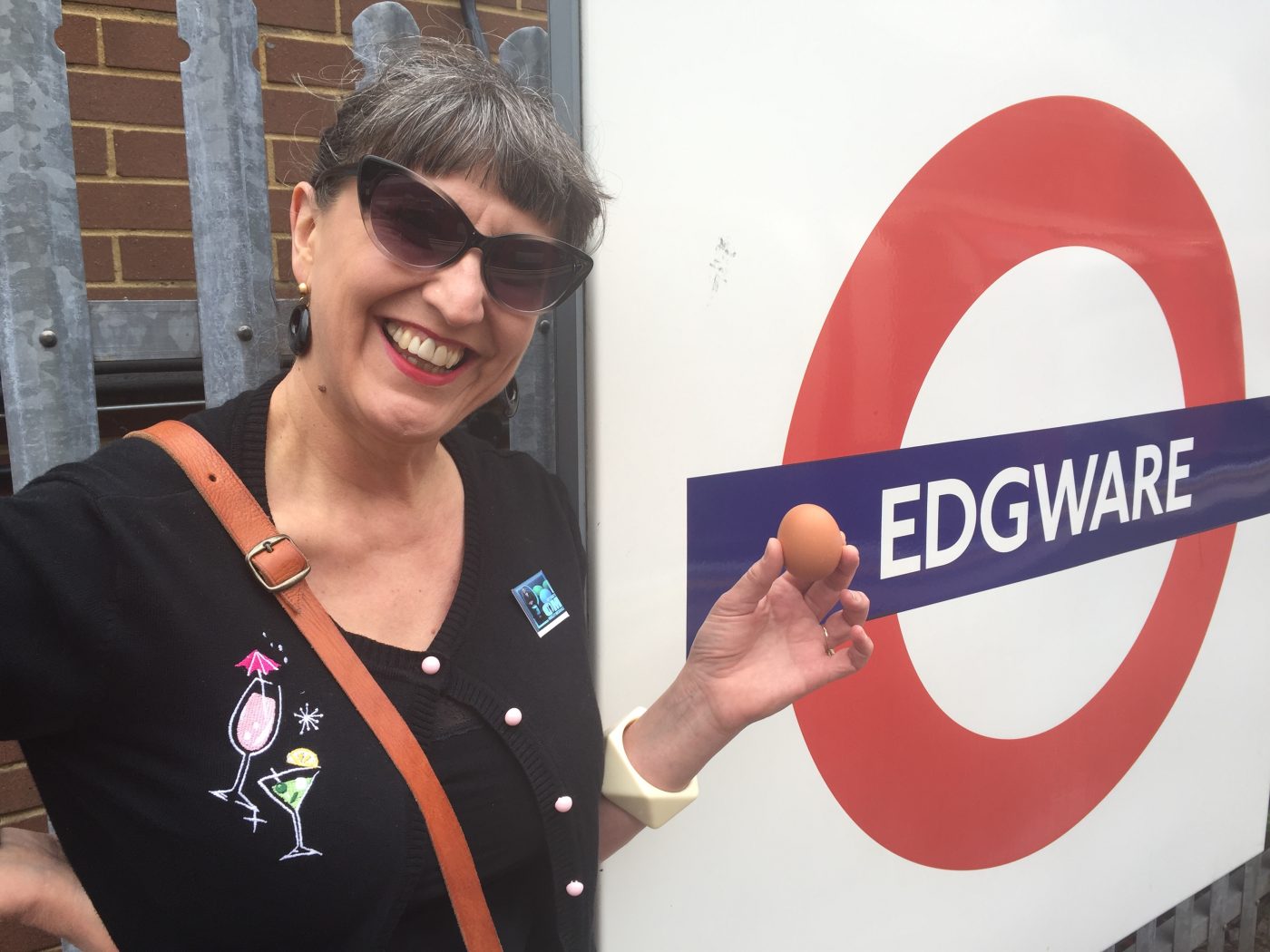 It would have been madness to try and eat a Rip Torn Omelet Mexicali on a tube station platform (cold omelet?  No thanks) so we had the omelet for breakfast before our jaunt and I know it was DELICIOUS because look, how could it not have been? 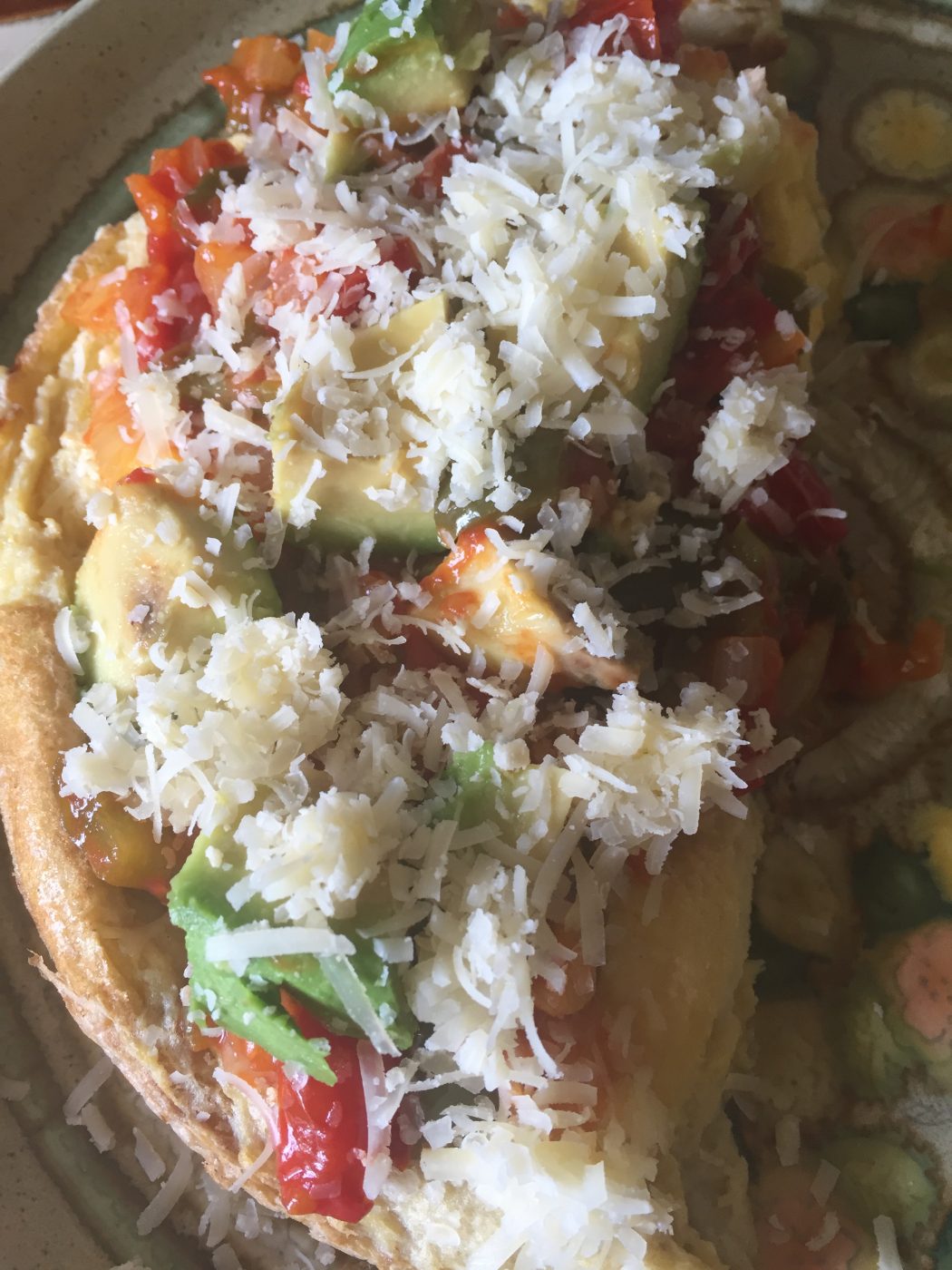 If you are new here, you might not know about the Great Bear Project – there’s info about it here when we began with Pola Negri’s Banana Trifle. Basically, we are visiting each stop on the Northern Line, reimagined by Simon Patterson in his artwork The Great Bear with an appropriate movie star dish.  Edgware top left = Rip Torn. 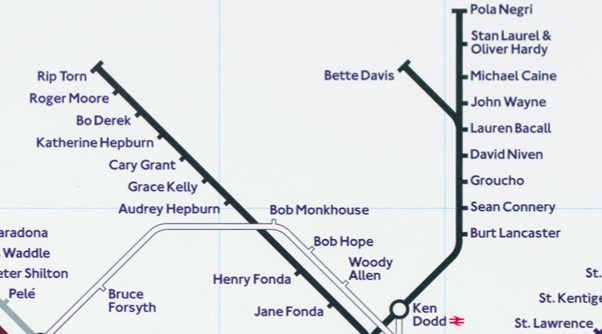 I posed with an egg in homage to Rip’s omelet. 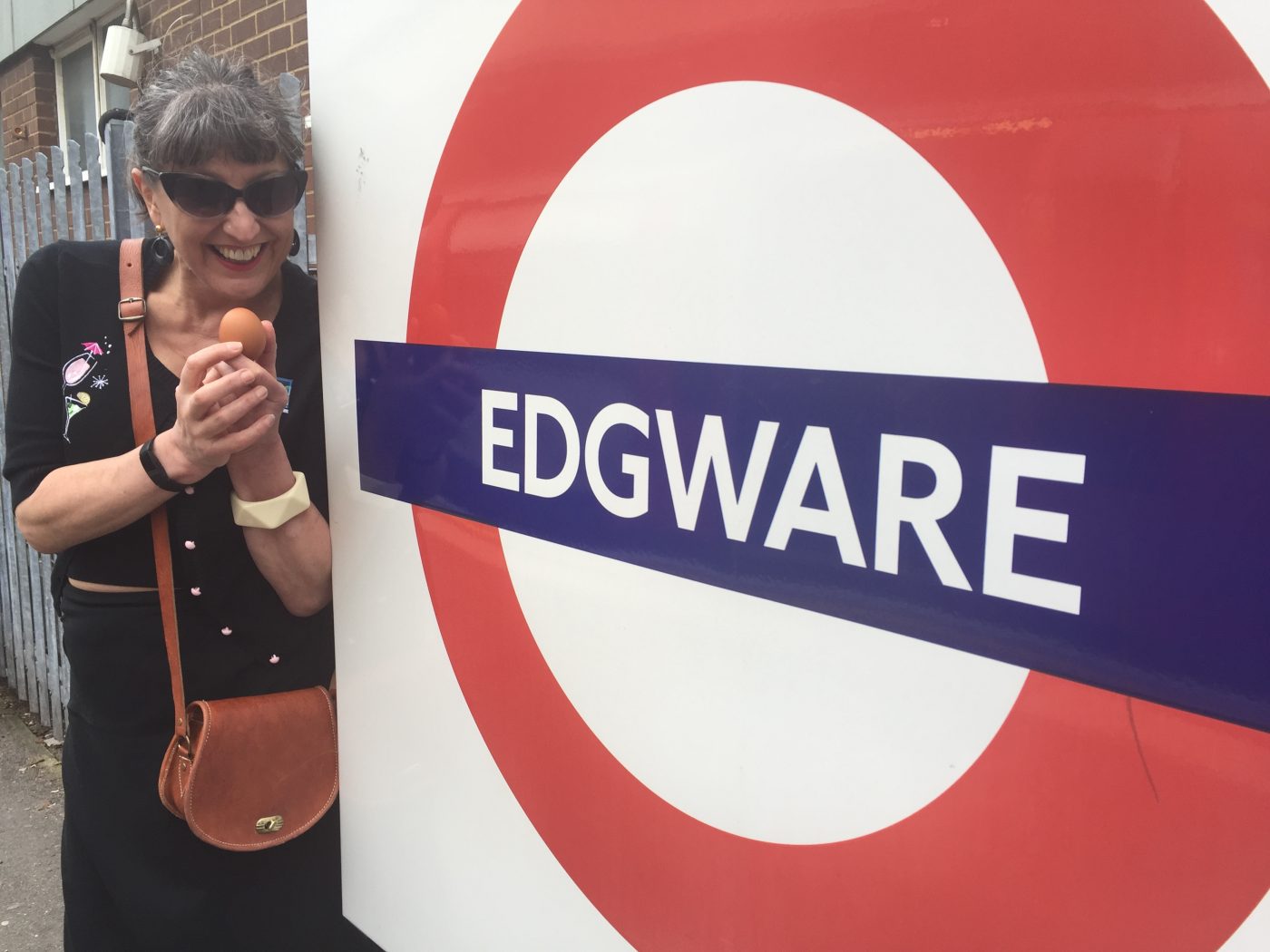 and I was in a mischievous mood that day. 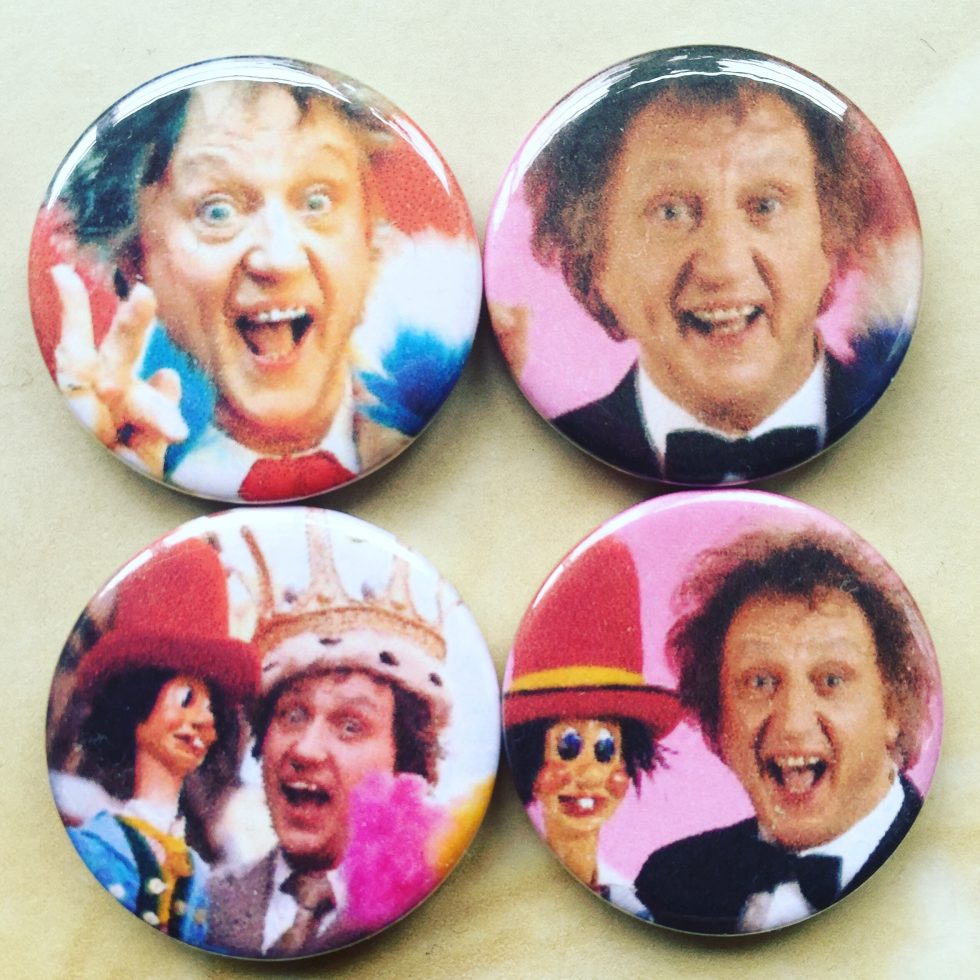 I had some special badges made for this one too… 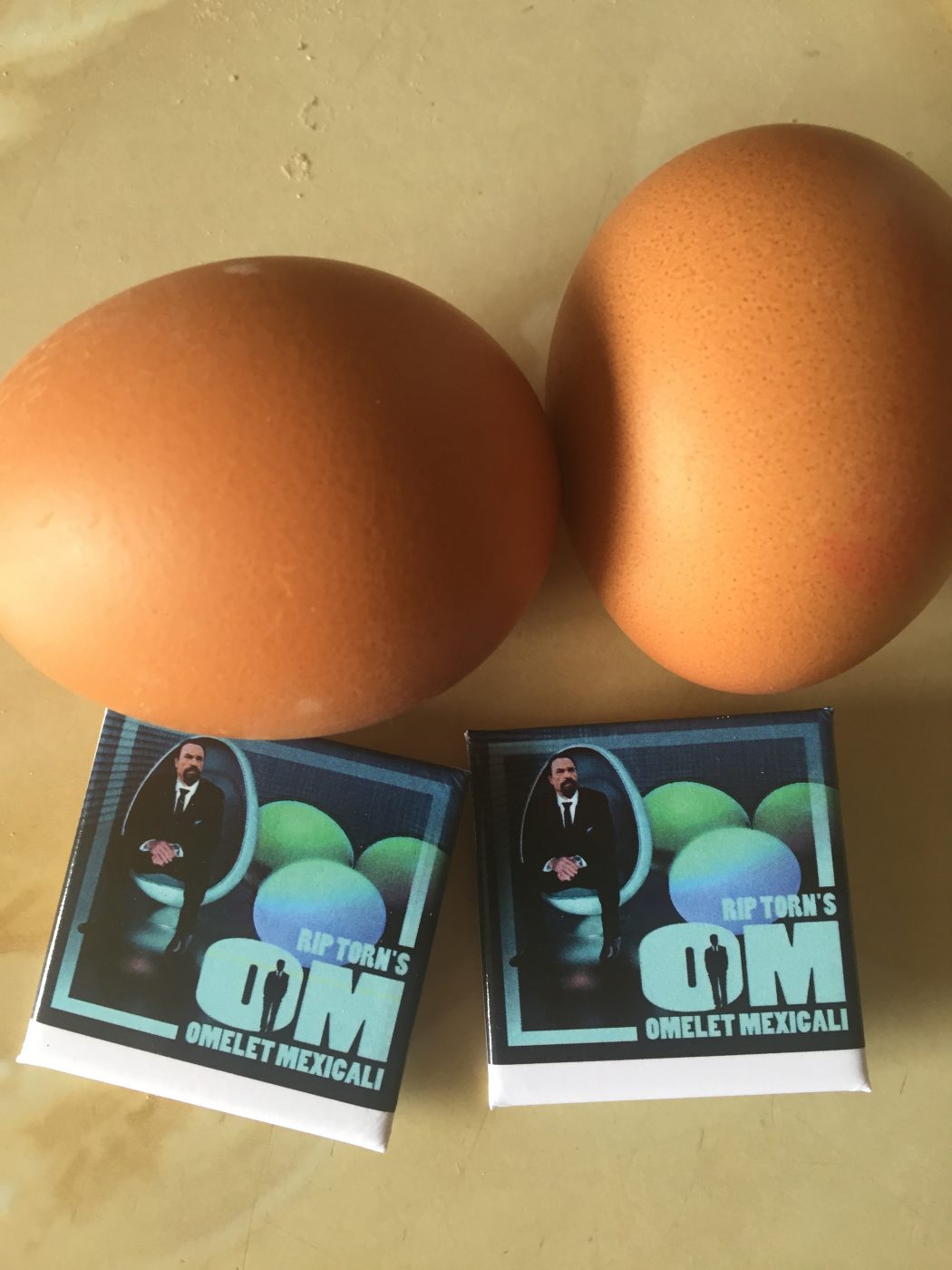 This genius design was created by my friend Greg of Recipes For Rebels when he tested this recipe for the Cooking With Columbo cookbook.  Isn’t it fabulous?! 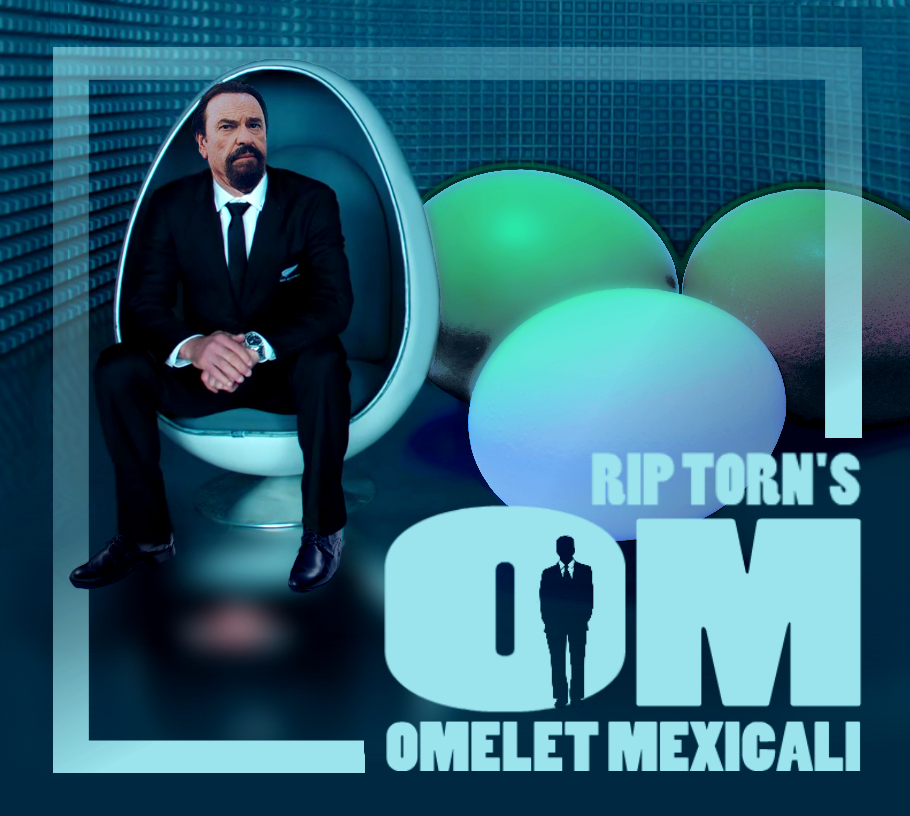 You’ll find the recipe for this delightful omelet and Greg’s verdict on it by clicking here.

Me and Mr R both sported a badge en route to Edgware. 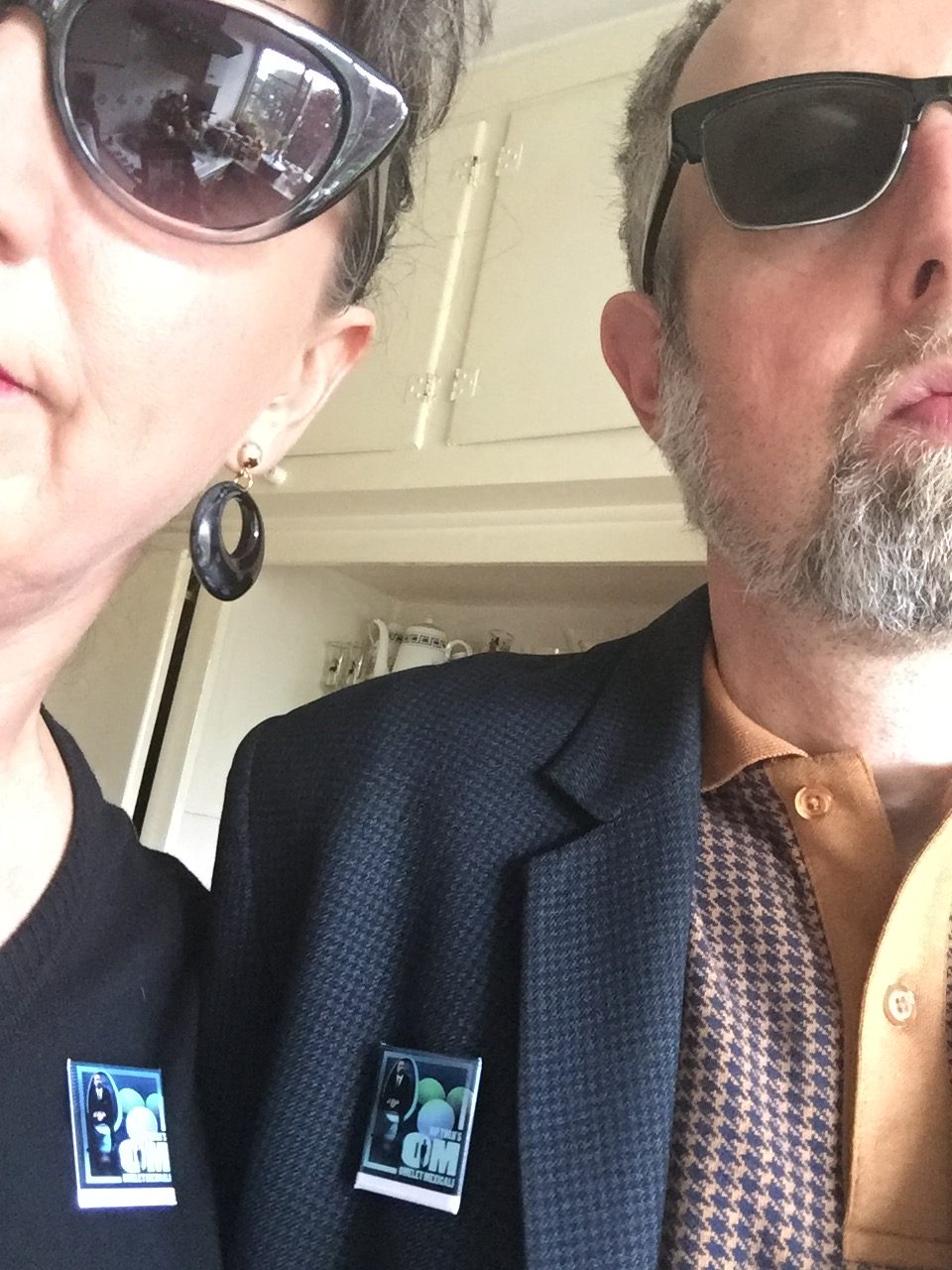 and on the way back, my mischief-making mood got the better of me and I stuck the badge in the spot where Edgware would be on the tube map inside the tube carriage itself. 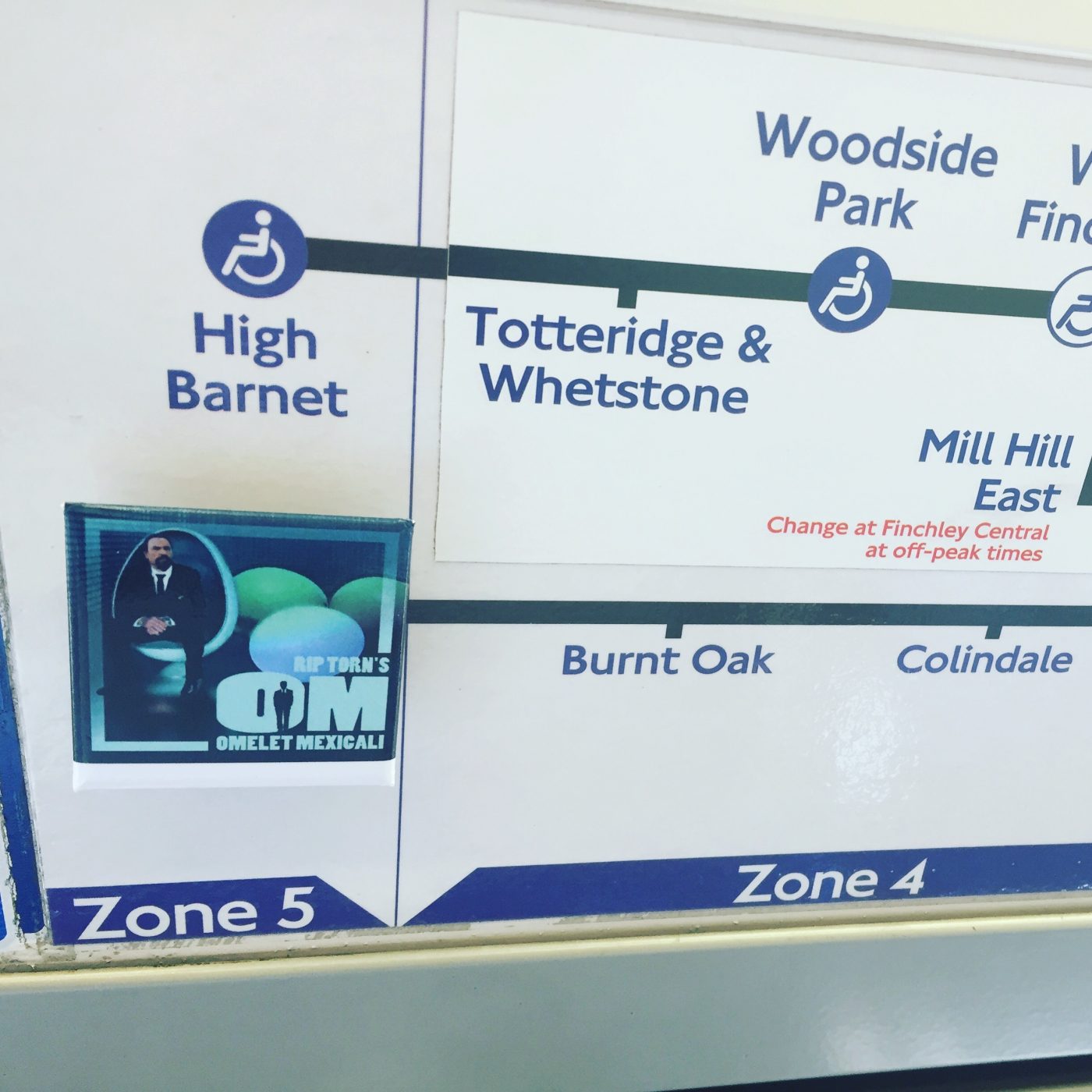 Of all the Great Bear outings we’ve had, and all the daft things we have done on them, sticking this badge here and imagining what the person who found it and took it down would have thought is MY FAVOURITE THING.

I wonder how long it was going up and down the line before someone spotted it?

Opened in 1924 as part of the Charing Cross, Euston and Hampstead Railway’s extension from Golders Green, the station was built a little to the North of Edgware’s existing LNER station in what was then the semi-rural outskirts of a still small village. 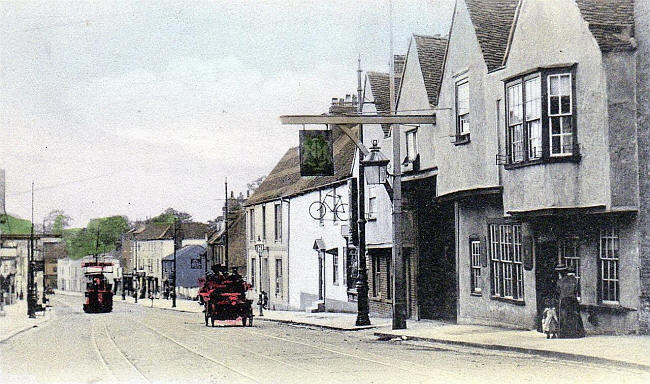 With this new direct route to central London and beyond, extensive housing developments began to spring up shortly afterwards, and the area around the station soon developed its bustling character as the shopping hub it remains to this day. 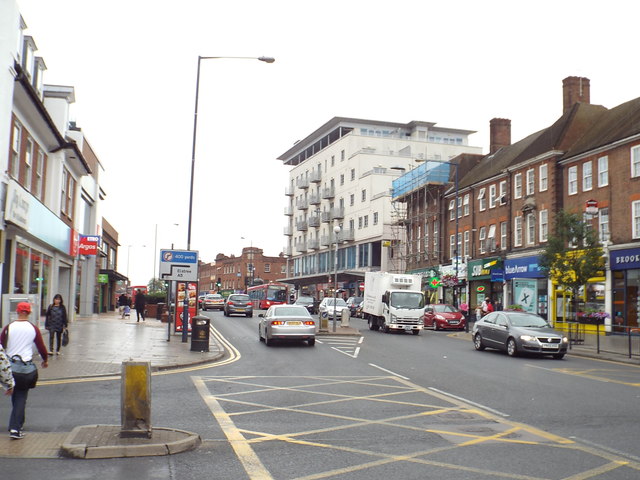 But although it is now the terminus of an eponymous branch of the Northern Line, Edgware was originally planned as an intermediate stop on a line that would continue through stations at Brockley Hill and Elstree and on to Bushy. Although some preliminary building and tunneling were carried out, work on the extension ceased during World War 2 and never recommenced.
Like other lost branches of the Northern Heights project (see Groucho Marx’s German Pot Roast – Highgate – The Great Bear Stop #8 for more details) it was only officially abandoned in the early 1950s, and today, fragments of the uncompleted Brockley Hill viaduct are virtually all that remains of this particular ‘ghost line’. 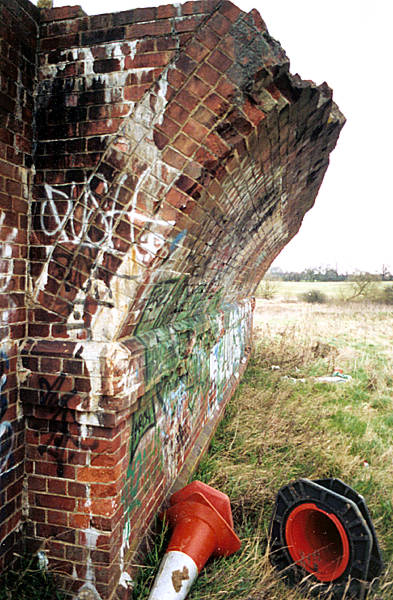 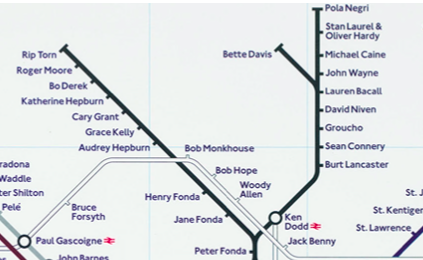 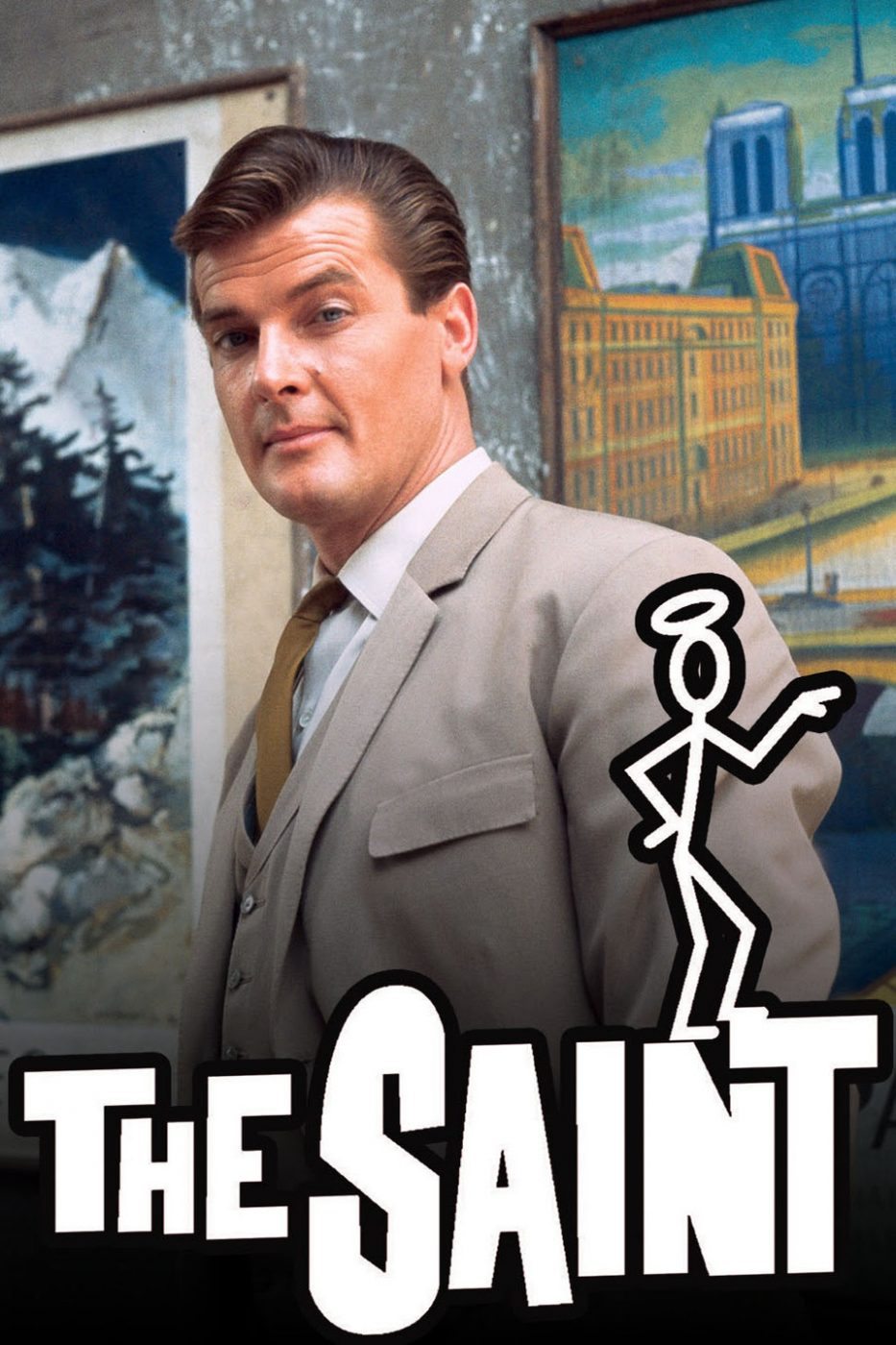